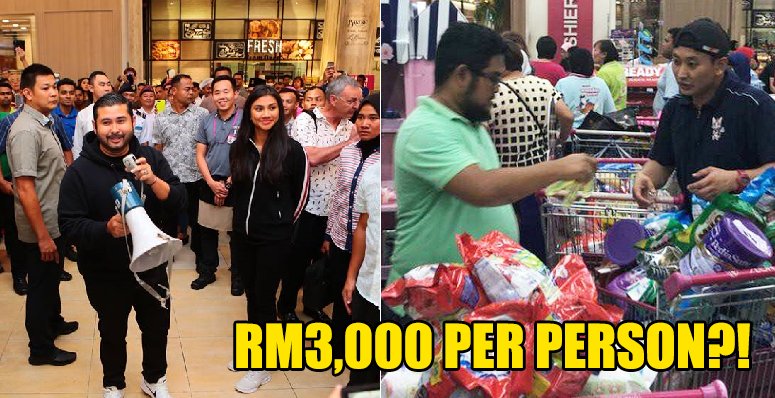 OMG, everyone! The people who were at Aeon Tebrau today (April 11) had the nicest surprise of their lives when the Johor Crown Prince Tunku Ismail Sultan Ibrahim or Tunku Mahkota Johor (TMJ) as he is fondly known by the rakyat decided to make it rain. With money, that is! 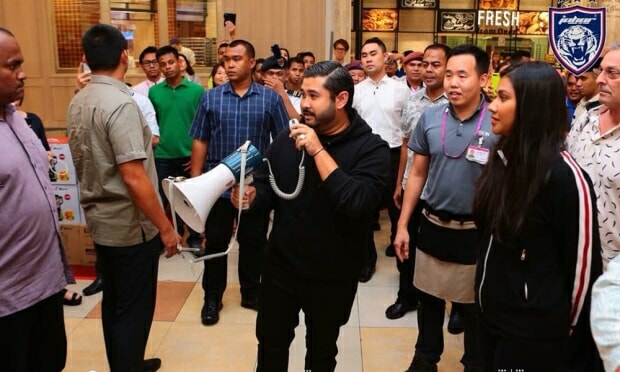 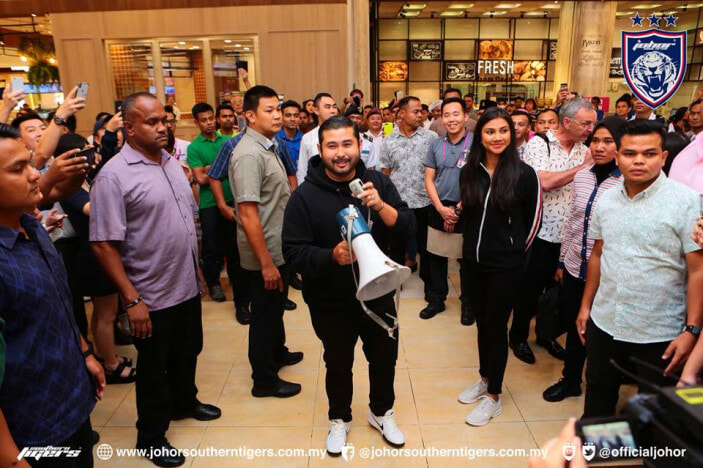 Viral videos posted by netizens circulated on social media showing TMJ appearing suddenly in the mall with his wife, Che’ Puan Khaleeda Bustamam at around 6.45pm. The shoppers gathered around TMJ and chanted his name before the royal couple went inside the hypermarket. After greeting the surprised shoppers there, they made their generous announcement.

TMJ told the lucky shoppers there that he would be giving them a treat today and said, “Whatever groceries you buy in the hypermarket today, I will pay for it.” OMGWTFBBQ! So jealous!

The ecstatic shoppers immediately rushed inside the hypermarket to fill up numerous shopping carts with groceries while cheers and shouts of “Thank you, TMJ!” rose from the crowd. 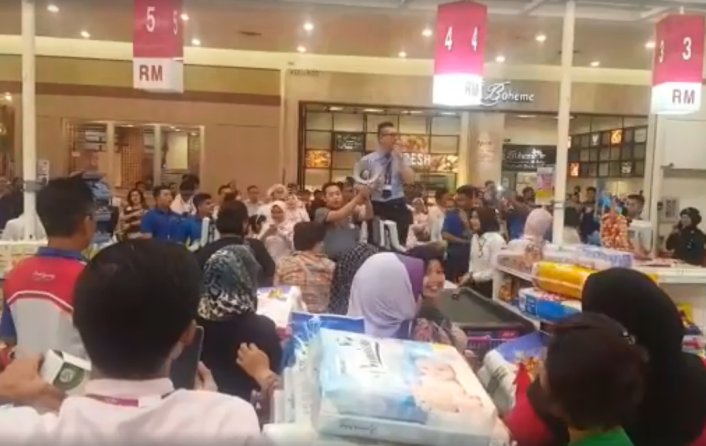 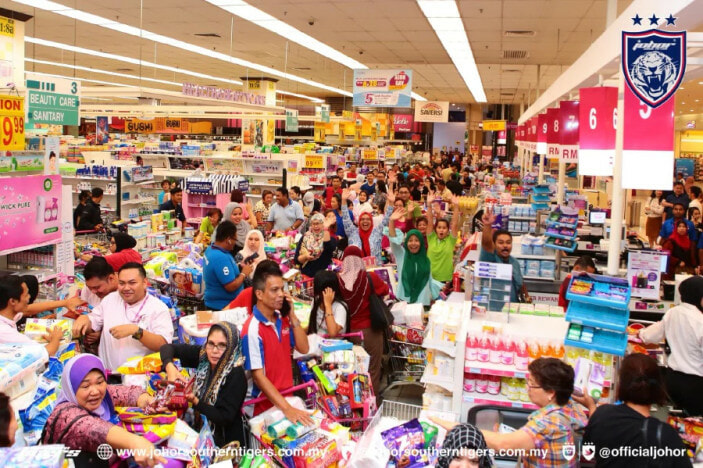 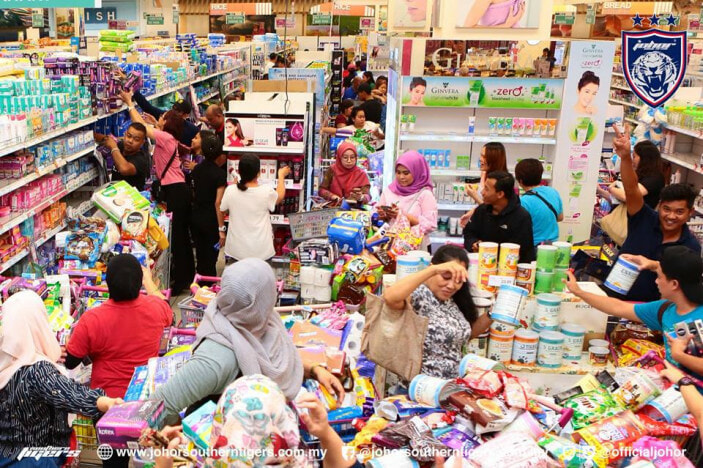 In another video, a hypermarket manager told the people there that they were given a limit of RM3,000 per person for their groceries. That’s a LOT of groceries one can buy! Almost all of the items in the hypermarket was taken by the shoppers as a mad rush ensued to grab as many things as they can. Some of the people there could be seen pushing at least two or more trolleys to nab all the groceries.

Netizens were super grateful to TMJ and many of them could be seen singing their praises on social media. Others were sharing their good fortune and messaging their friends and family about their sudden durian runtuh. It was reported that he spent more than RM1 million in total and left the hypermarket at around 8.00pm, according to The Star.

In a Facebook post on Johor Southern Tigers, TMJ said that he did it out of love for his people, Bangsa Johor.

Can you imagine? Spending RM1 million in a little over 1 hour! Now that’s generosity right there! 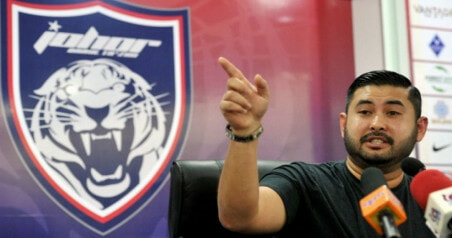