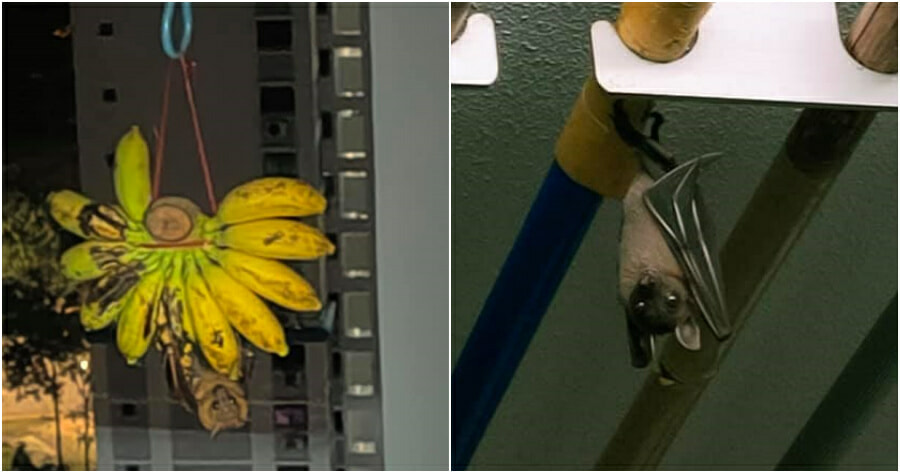 Have you ever experienced a situation where you came across a bat flying in your house?

Yesterday (January 26) a Facebook user Simon Tay from Singapore shared an unexpected situation at his house where he found a bat flying around, in his house.

Simon became aware of the incident when he wanted to go to the kitchen to get himself something to drink, only to be surprised with the presence of a bat.

Although that surprised Simon, he managed to capture videos of the bat flying around.

He suspected that the bat was likely to be attracted to the bananas hanging in his kitchen. But at that time, the bat had not yet shown any sign of attraction towards it.

What is even more surprising is that he found not just one, but two bats inside his house!

He said that for the 22 years he lived there, he never once experienced this kind of an incident. But according to him, this is the second incident within three months.

Looking at the pictures and videos shared by Simon, he found that the bat had eaten one of the bananas hanging in his kitchen. 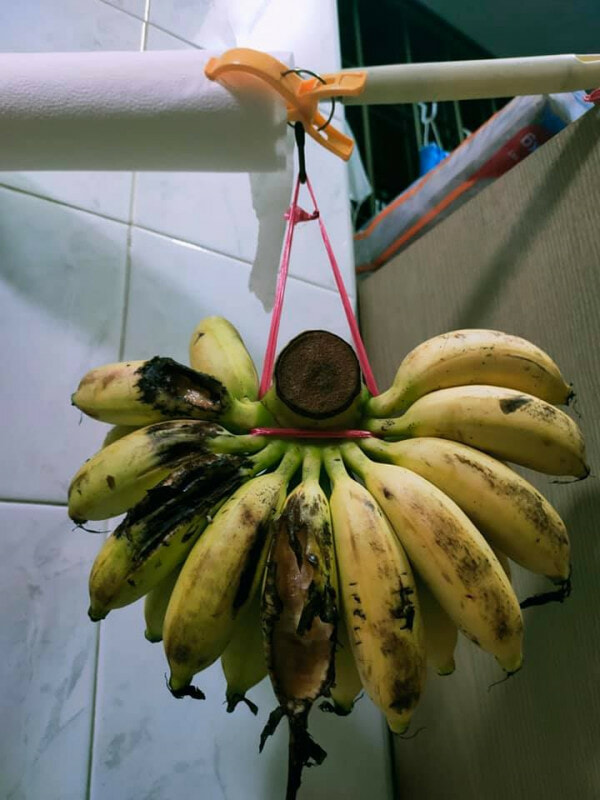 Not only that, Simon found noticed that one of the bats also decided to take a nap on a bamboo stick on his balcony. 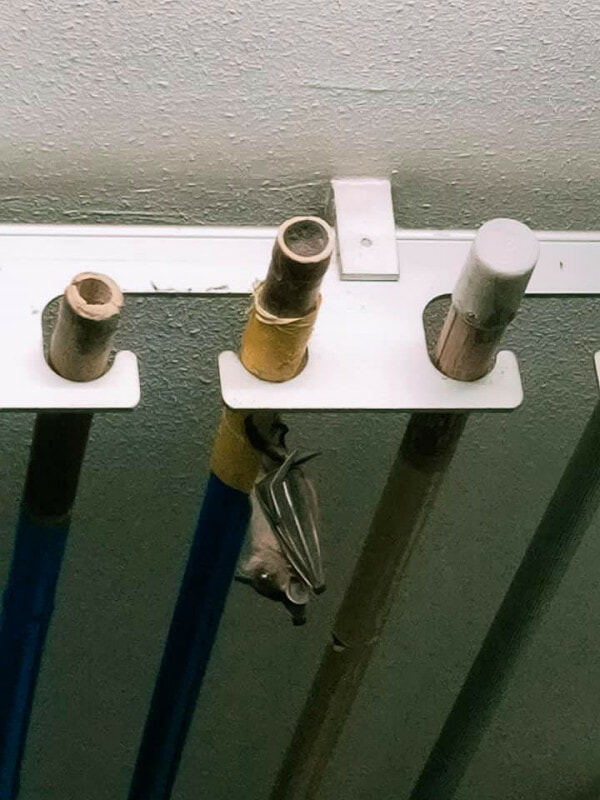 One of the bats taking a nap on a bamboo stick

Interestingly, the bat seemed to know that Simon was taking its picture, as it looks like the bat looked at Simon and stared at him. 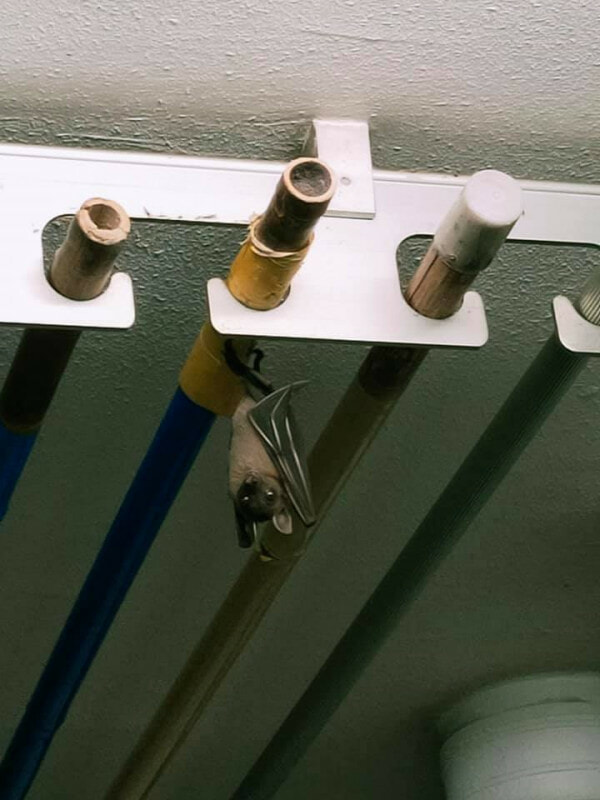 Isn’t it cute? He looked back at Simon

In an attempt to drive away the two bats, Simon hung the bananas outside his house to lure them out.

He also managed to take a video showing that one bat had been influenced by the bait he set up, but the other was still flying around.

According to a source, this is not the first time that shows that bats are attracted to bananas.

Earlier in October 2020, a bat had landed on a banana hanging outside Fairprice outlet in Jurong East, Singapore.

What do you guys think of this? Share your thoughts with us in the comments! 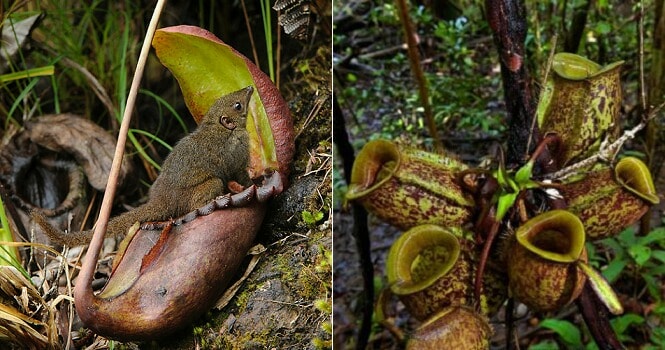