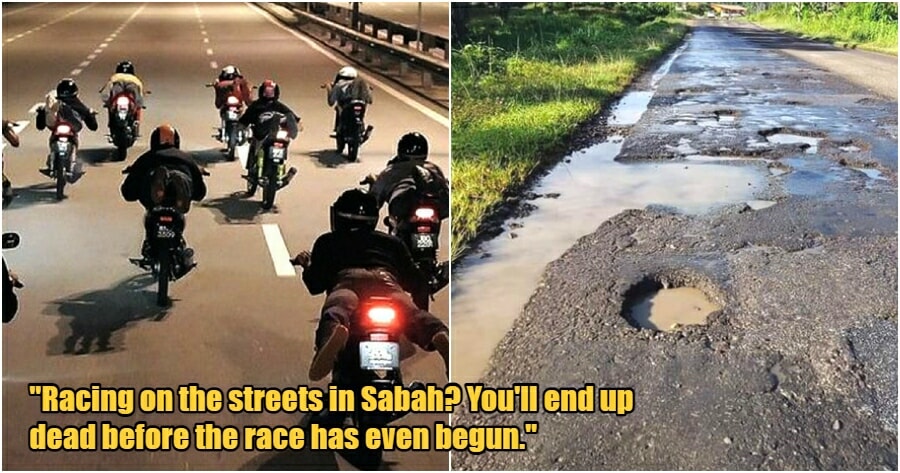 Some of the youth, particularly the “Mat Rempits” are getting much more notorious for their illegal street racing activities. They not only ignore the dangers of the activity but also don’t take into account how it will endanger other road users.

The “Mat Rempit” phenomenon is well known in several states, but when it comes to Sabah, a reporter claimed that he could barely spot any illegal racer in the state.

According to a report by Sinar Harian, which focused on how the youth there spend their free time, it’s rare to see any “Mat Rempits” on the street, or any youth who spends their time doing nothing. 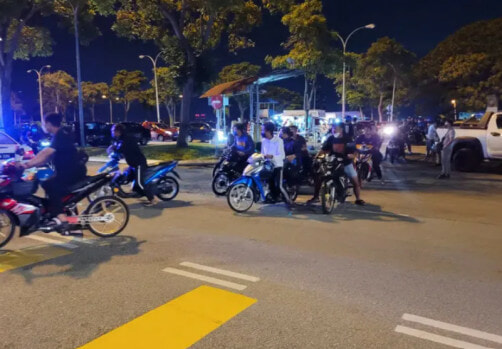 Simply put, the report claims that Sabahan youths often keep themselves occupied with work or something beneficial.

“For instance, when we were at the Philippines Market which is known for their seafood and pearl brooch, they were doing all sort of works, and not just sitting there.”

The youngsters in their early 20s were reported to keep themselves occupied by attracting customers, organising the items, and cleaning the floor.

Although markets operate during the day, we all know that illegal street races mostly take place at night. 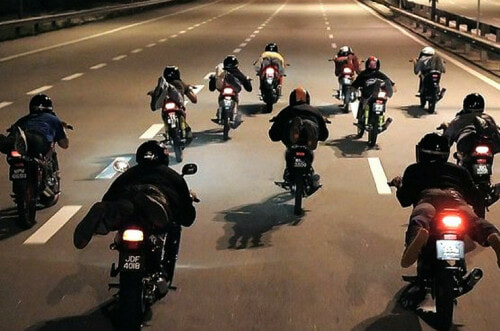 So what are the youths up to when darkness falls?

Sinar Harian reported that most of the youth there spend their time at night running their own businesses, from selling snacks to manning their own restaurants, and it wasn’t easy to spot any elderlies working at night.

The road is bumpy here

Now, is it true that “Mat Rempits” are rarely spotted on the streets in Sabah? Fellow Sabahans have since weighed in and commented on what they have observed in the state.

“Racing on the streets in Sabah? You’ll end up dead before the race has even begun,” said a user.

“The damaged roads, which are filled with potholes is the government’s strategy to curb the illegal race issues.”

Another user commented an image of a man in a space suit standing on the streets in Sabah that were filled with holes. 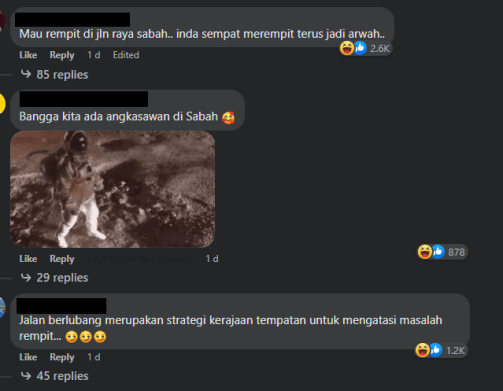 Other Sabahans have since commented about the rare sighting of “Mat Rempits” in the state, all thanks to the bumpy roads.

“The roads in Sabah are like the surface of the moon. You’ll die if you race on it.”

“We Sabahans don’t waste time on activities without benefits. A motorcycle is meant for transportation, not for racing,” said a Sabahan.

Another user revealed how they don’t even need the advice from the elderly as the roads there are a reminder in and of itself. 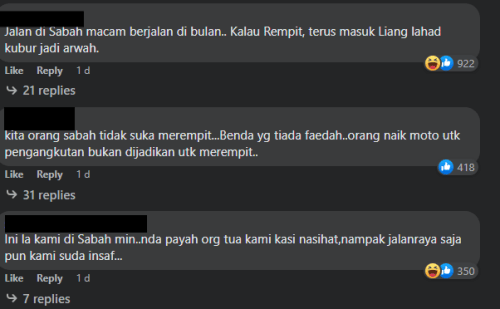 Fellow Sabahans, do you agree that illegal street races are a rare sight in the state?

Also read: Former Basikal Lajak Rider Who Is Now Wheelchair Bound Reminds Teens To Avoid This Bike At All Costs 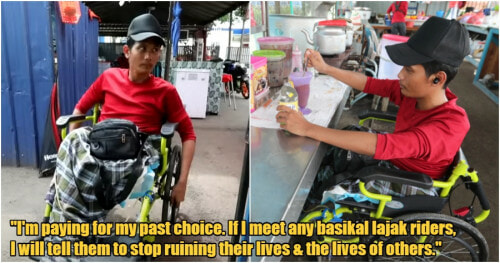