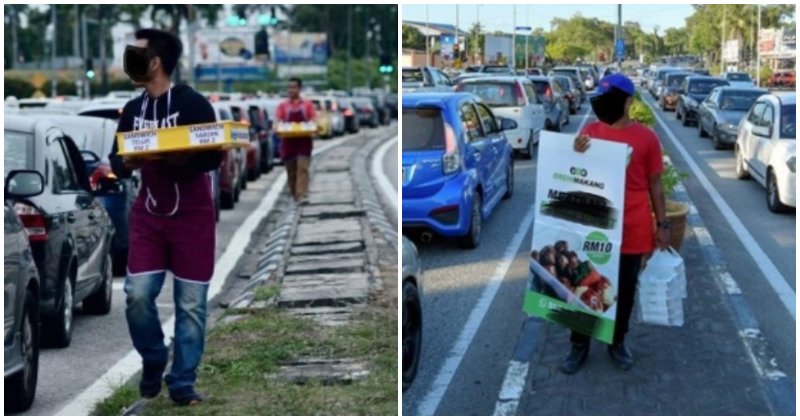 If you don’t know what a traffic light food seller is, they’re the ones you see carrying baskets of food going car to car at traffic lights. 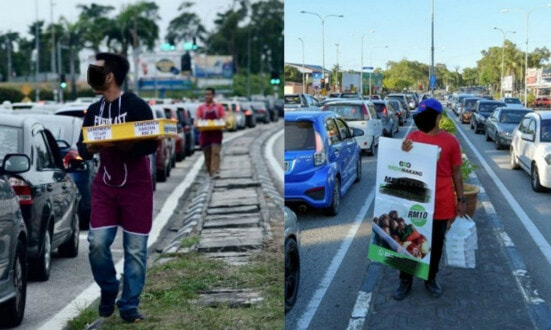 It’s definitely a surprising sight to see, though not entirely odd considering how our economy is going, and many of us need to find alternative ways to earn money.

Unfortunately, it’s been announced that traffic light food sellers in Terengganu will soon be fined RM100,000 and can face jail time if caught conducting their business, according to The Vocket. Netizen Khalid Karim Close The Loop (@khalidkarim) took to his Twitter page to explain as to why traffic light food vendors should be allowed to carry on their business without condemnation from the authorities.

This is the "informal sector"…where people have to struggle to survive cos there are no formal jobs that pay enough.

This is Kinshasa in one of the richest states in Malaysia.

Is Terengganu suffering from the Resource Curse.
Don't punish them..work to help them https://t.co/on5rFKGILP

Khalid wrote, “This is the ‘informal’ sector, where people have to struggle to survive because there are no formal jobs that pay enough. This is Kinshasa (in reference to the capital of one of the poorest countries on earth, Congo) in one of the richest states in Malaysia. Is Terengganu suffering from the resource curse? Don’t punish them, work to help them.”

Netizens took to the thread to debate on whether or not these type of street vendors should be allowed to continue on with their businesses. 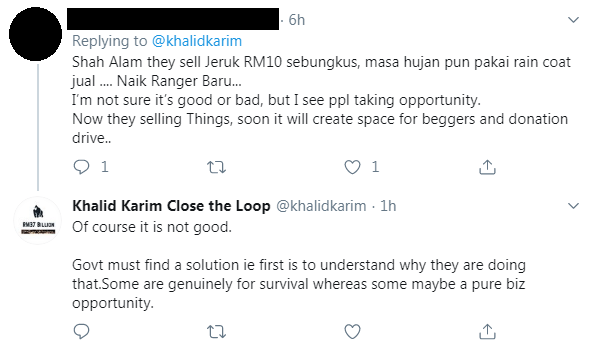 This comment says, “They sell pickled fruits for RM10 a pack, when it’s raining they sell it while wearing raincoats, but then they’ll get into a brand new Ford Ranger. It’s not sure if it’s good or bad, but I see people taking advantage of the opportunity. Now they’ll sell things, soon it’ll create space for beggars and donation drives.” 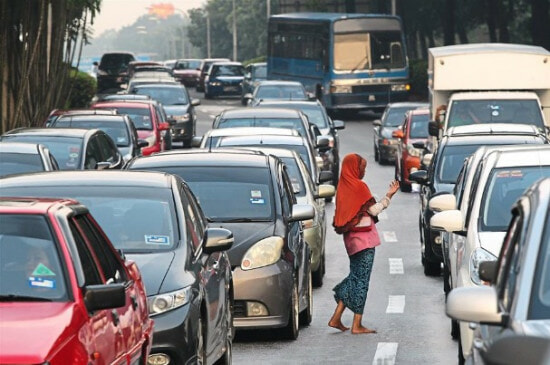 Khalid on the other hand, responding by suggesting that the government should consider understanding the purpose of these traffic light food sellers’ need to utilise the opportunity as some of them truly need the business in order to survive.

Though it is understandable that the road is no place for people on foot to conduct businesses but at the same time they’re doing what they can in order to earn a living and take care of their families.

What do you guys think? Should these street vendors be allowed to continue their businesses or do you agree with the authorities decision to fine them? 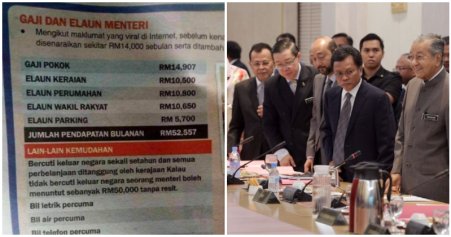