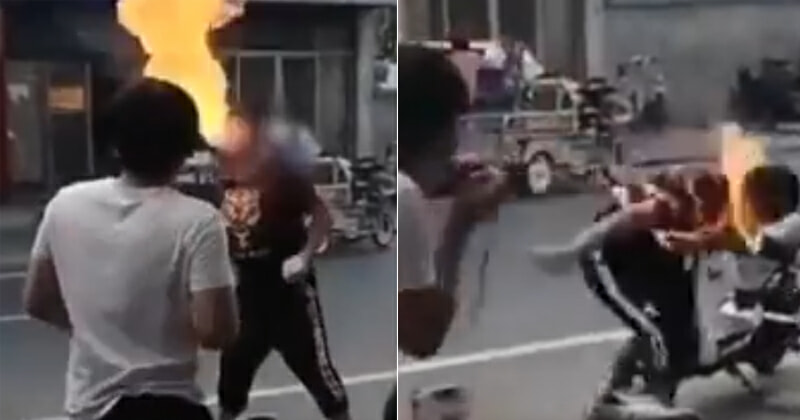 We get it, there are times when we feel the need to show off our skills and talents to impress our friends. However, performing dangerous acts like this is certainly not the best idea.

This incident in China shows how a “show off attempt” can end in a tragic disaster.

According to NextShark and Lutou, a 16-year-old teenage boy from Gaoyou, China, accidentally set his face on fire as he attempted to perform a fire-breathing performance to impress his friends. Check out the video below:

From the video, we can see that the young man was blowing at the end of a fire-tipped stick. He initially succeeded in breathing fire, but things took a drastic turn when the fireball came right back at him, setting his face on fire. OMG!

He suffered burns on his face and was immediately rushed to the hospital for treatment. 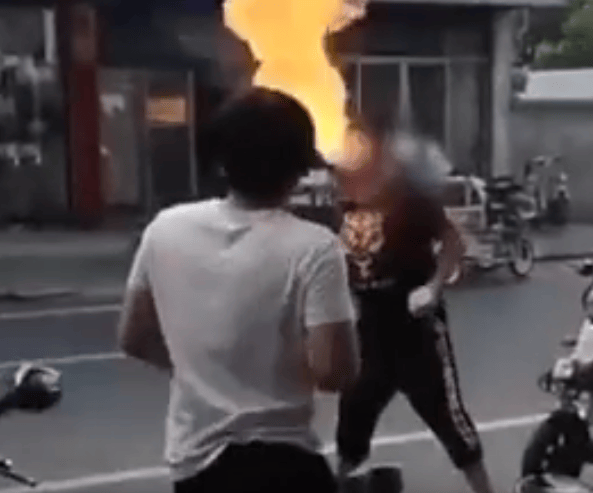 According to the residents living nearby, the teen learned to breathe fire from his father who is a Taoist priest. He had performed the act many times at wedding celebrations too.

It is unclear what went wrong in this case; some said it may be due to the strong outdoor wind, while others said he may not have mastered the skill perfectly.

Nonetheless, it is still pretty dangerous to perform such acts. Not only are you putting yourself in danger, but the people around you too! We hope the boy recovers from his injuries as soon as possible. 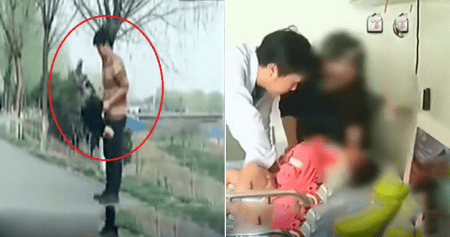