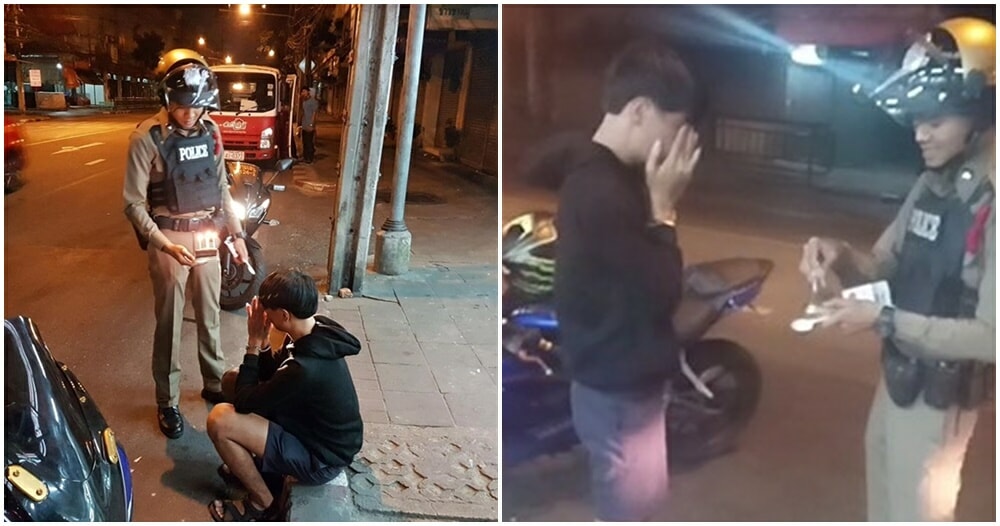 It’s not everyday that we come across such kindhearted officers of the law.

Recently, a Thai policeman made headlines after going viral when he caught a teenager speeding on a motorbike without a license plate. But instead of arresting him, the officer bought the rebel teen a birthday cake instead!

The officer, who is also known as Kanokpan Putthapong, explained:

“I was on duty. This motorcycle was driving over the speed limit with NO helmet or license plate so I decided to arrest him.”

However, the motorcyclist unexpectedly burst into tears! The concerned officer felt compelled to ask him what was going on.

The troubled teen then shared that he had just left his brother’s condominium in a rage because it was his birthday and none of his family members seemed to care about it.

Upon sensing the boy’s distress, Mr.Putthapong gently told him to sit and calm down before going back home. The gracious officer then headed to the nearest 7-11 to buy the neglected teen a cake with lighted candles.

He presented the gift to the surprised boy and soothed the teen before letting him off with a warning. The teenager was so moved by the officer’s act, he cried again. But this time, they were tears of joy. Aww!

The policeman originally posted a photo of him and the boy on his Facebook with the caption, “Happy birthday, bro. This year, the police will buy you a birthday cake.” 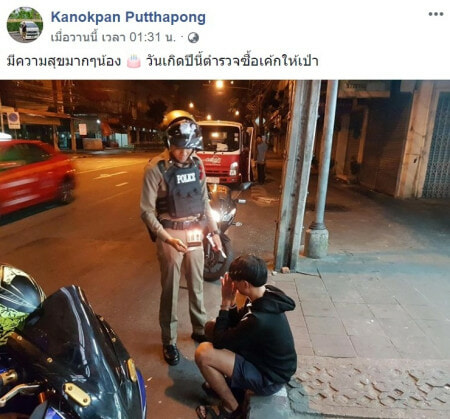 Unfortunately, the post has since been removed, but that didn’t stop netizens from praising the kind officer for his kindness!

May we all learn from this officer and spread a little kindness everywhere we go! 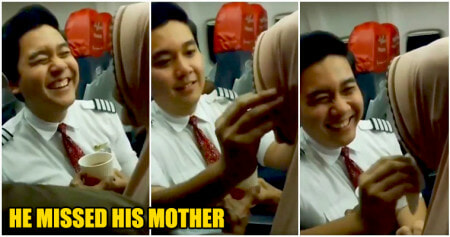