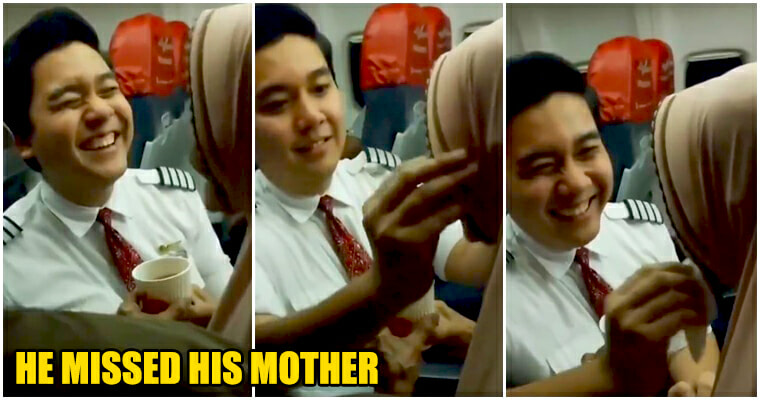 It is the very duty of flight attendants and cabin crew to make sure the passengers are well cared for during a flight and that is exactly what this angelic worker did.

As seen in this viral video on Twitter, one of the flight attendants of Lion Air Indonesia can be seen to gently feeding an elderly passenger during a flight. The tweet gained so much attention that it received 51.8K retweets and 78.4K likes!

His compassion was pure and by watching it, everyone’s troubles are somewhat cured.

“Dear @LionAirID, you guys should give an award to this brother here.

Dear Lion Air steward, whoever you are, you are a great example of a perfect flight attendant.

Bless you brother and may this become a reward for you!”

The aunty initially requested to be let off the plane

The loving steward was praised by netizens for being gentle and affectionate when handling the elderly. He didn’t complain about the situation and kept on smiling throughout his process of handling the aunty.

What happened before the video starts is that the aunty kept on refusing to buckle up when the plane was about to take off. She even insisted on getting off the plane, which was when the steward decided that his help was needed and took charge of the situation.

“My trip yesterday riding the Lion Air flight from Surabaya to Palangkaraya. I was amazed with this flight attendant’s dedication when attending to this 117-year-old lady. She refused to buckle up even when the flight had already taken off, and she kept on requesting to get off the plane. With compassion, he fed her food and drinks gently as if he was treating his own parents, which in the end led to the grandma willingly fastening her seatbelt. So cool!”

Maybe he missed his parents

The heartfelt video became a lot more sentimental when one of the Twitter users commented about what happened after the situation.

“The person who recorded the mother’s video is my friend. He told us yesterday that after the matter was settled, the viral steward right away went and called his mother through Whatsapp. Cried buckets saying that he missed her and his family.”

This is the kind of guy that girls should aim for

He is too dreamy!”

“At least his parents raised and educated him well. His earnest will and helpfulness towards others will not develop on its own. Well done brother,”

AWWW.. With that being said, have you guys called your parents yet this week? 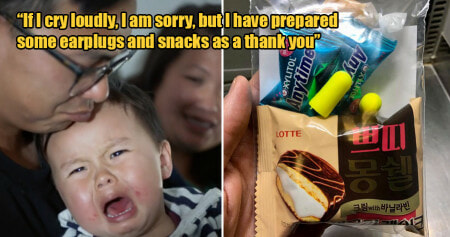