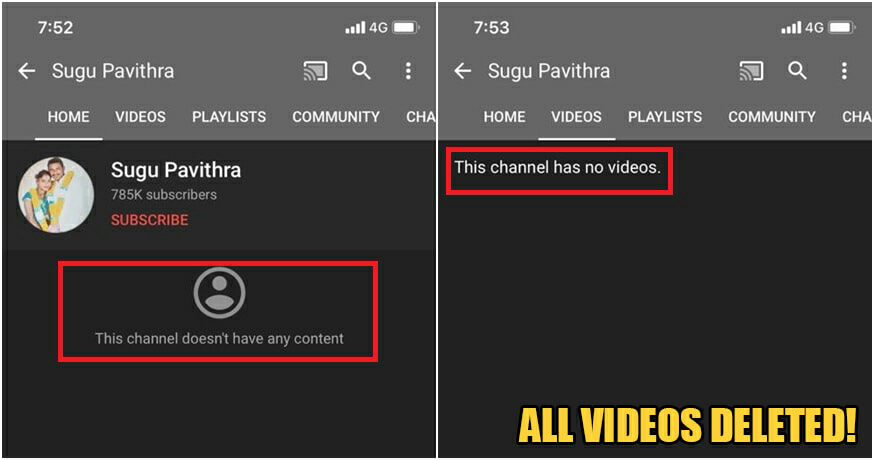 After a recent domestic dispute that caught public attention, it has been found that Malaysian YouTube sensation Sugu Pavithra has seemingly deleted all of her cooking videos from the video platform completely. 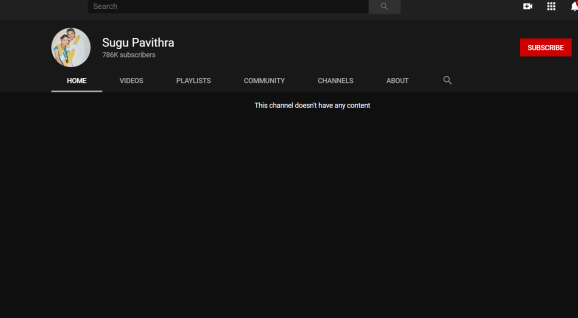 All of sugu pavithra’s videos on youtube have been removed.

This comes just a day after 29-year-old M. Sugu was charged by the Sessions Court for hurting his wife and possessing a weapon. The altercation was said to have happened at Raja Permaisuri Bainun Hospital’s parking space on Tuesday (21st July 2020) evening, when he was said to have been hitting 28-year-old S.Pavithra with a handphone and sickle.

She suffered injuries to her left cheek, lips, and arms as a result.

Despite filing the initial police report herself, Pavithra then decided to withdraw the police report and paid for her husband’s RM10,000 bail, before going on record to say that she has forgiven him over the matter. 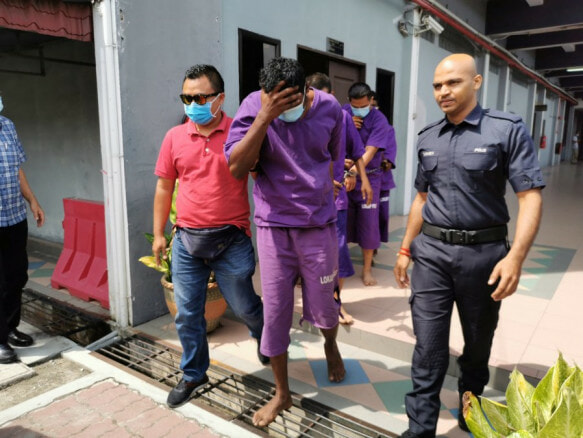 Sugu was remanded for abusing his wife, pavithra.

The couple’s manager has also said that they will be taking time off to ‘focus on  their personal life and hence, they would not be proceeding with any brand engagements for a few weeks,’. 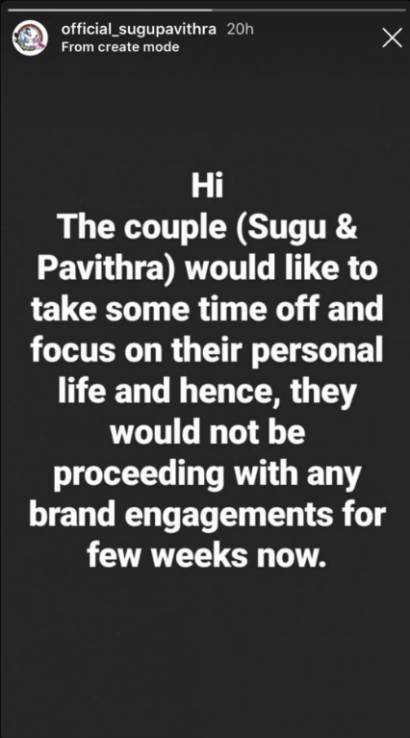 A recent statement released on behalf of the couple over their official instagram.

But it is unknown if this statement had any relation with the sudden removal of all of the videos on the Sugu Pavithra YouTube channel, which has amassed well over 785,000 subscribers. Pavithra, who shot to fame earlier this year for her simple, homely, and concise cooking videos, has gained much recognition among Malaysians for her content, and has received recognition for her success from the likes of the Ipoh City Council and even our very own Prime Minister.

We hope that all is well with the couple, and that we will see more from Sugu Pavithra in the near future. As for the time being, it is likely for the better that they be given time to reconcile.