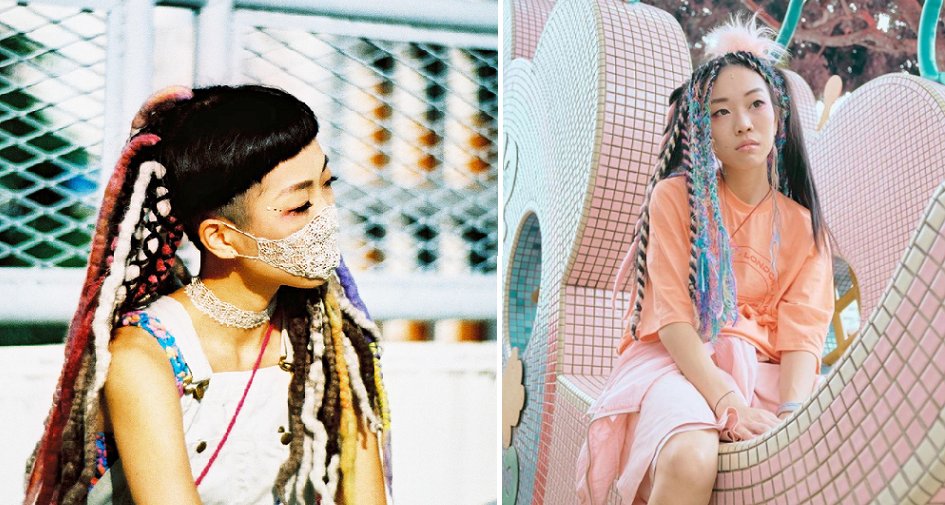 Art is a beautiful yet rather eccentric world to venture into. After all, art is complex, different, and extensive.

As for Kelly Lim, her art is crochet. The 27-year-old artist, better known as Kelly Limerick, hails from Singapore – a country known very well for being strict and proper.

Which is why she totally wouldn’t ‘fit’ into the stereotypical image of a person who crochets. Instead, one would picture an ‘ah ma‘ with grey hair sitting in a rocking chair knitting a sweater. 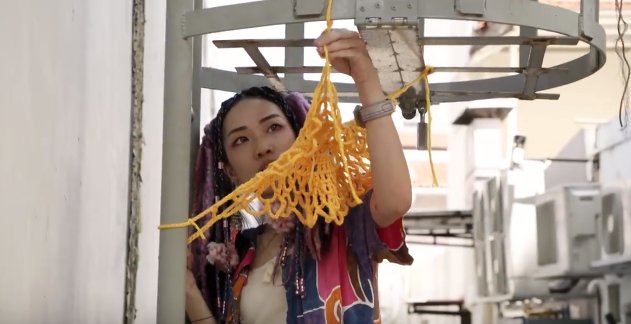 However, Kelly is one of those young passionate knitters who wants to spread a little bit of magnificence wherever she goes.

Everything began at the tender age of 7 when Kelly’s mother taught her the art of crochet. In an interview with CNA Insider, Kelly told the press that she truly admired her mother.

“When I started doing crochet as a child, it was because I looked up to my mum and I wanted to do what she was doing.”

Fast forward to 2013, she started her own project called Hanana, a combination of banana and hana, the Japanese word for flower. Under this label, she made handphone pouches, cute key chains, and other crochet accessories. 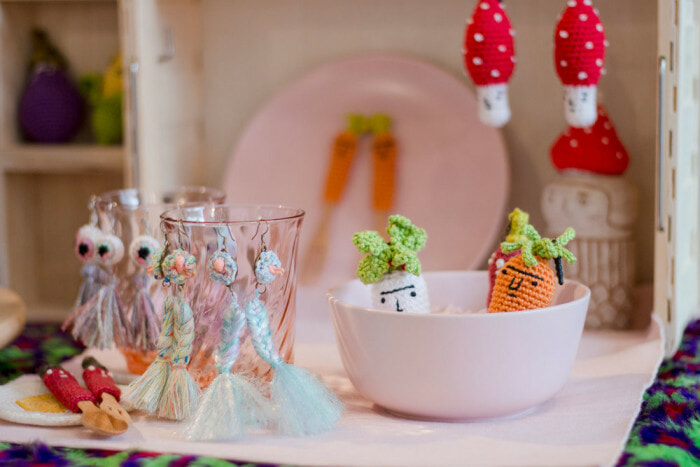 However, she didn’t really enjoy her work.

“You’ll keep trying to do what people expect of you and that is when you don’t give 100 per cent of yourself.”

Kelly had more in mind to her art and to her own abilities.

When she made a trip to Japan, something clicked in her as she felt invigorated by the artistic scene there.

“When I visited the Setouchi Triennale in Japan, they had a lot of artworks that were interactive – that people could enter, could see and could touch.

“That’s the kind of art I want to do in the future.”

From little pouches and generic key chains, the 27-year-old has since moved onto bigger pieces of art that are often unique and interactive. Seriously though, she can make almost anything out of yarn.

Also, to correct that stereotype of crochet being only for elderly ladies, check this out: Kelly sometimes has unplanned on-the-spot crochet pieces at irregular places.

“There’s a bit of a rebellious streak in it when people take yarn and bomb urban landscapes. It’s very haphazard, it’s very random. And that’s what I like about it.”

Many people appreciate Kelly’s art. She has been featured in various magazines and websites for her unconventional knitting.

In fact, her biggest achievement yet is having her work commissioned by Singapore’s National Heritage Board! Her crochets were displayed at 3 different heritage institutes in June 2017 alone.

“This project is definitely the biggest one that I’ve done in my career as a crochet artist so far. I find that such an honour.

“Every piece of work has a bit of my soul in it.”

Even her art went into her hairstyle as she would make dreadlocks out of yarn and insert it into her real hair. So cool! 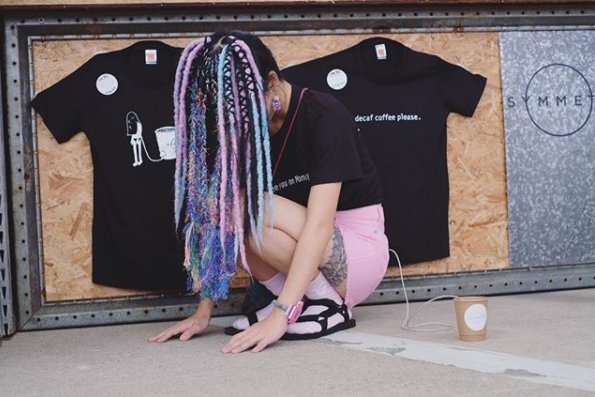 Of course, being different from the norm has gotten her a lot of opposing views. She has even been personally attacked online too!

Haters have sneaked pictures of the artist and placed some mean AF comments such as “Seventh Month is over, why is the ghost still out?” or “Maybe she covers her face because she’s ugly”.

“People do outcast me. Why do I contribute to the artistic scene in Singapore when everyone hates me anyway?” 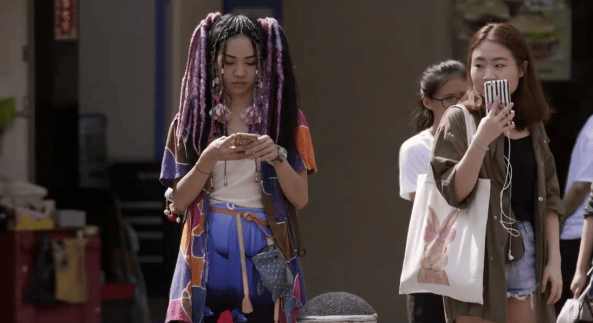 As if getting flak from society wasn’t bad enough, even her own parents are still unconvinced about her career.

“I think it was a huge shock to my parents because I went to a good secondary school, like it was an ‘elite’ school. They all expected me to do well, to go to university and to be a doctor or a lawyer.”

One time, Kelly’s own mother even said “I wish I never taught you this (crochet)”. Ouch! 🙁

Nevertheless, Kelly kept an optimistic outlook and tried her best to concentrate on all the good things. 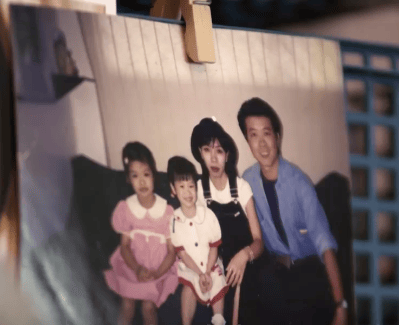 Seeing as Singapore’s very own National Heritage Board obviously appreciates her skills and work, she is definitely heading towards a brighter path.

“My big dream is to change Singaporeans’ perspective of art, and to let them realise that art isn’t something you can only see in the galleries.”

The word ‘success’ has become sorely synonymous to being at the top of a corporate company. However, being successful comes in various forms as well. 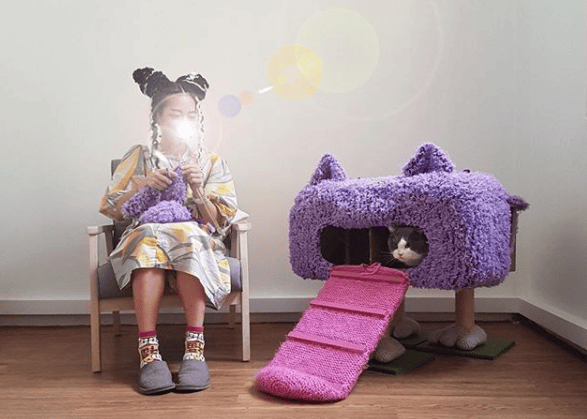 Just because someone isn’t a generic white-collar worker with a five-figure salary, it doesn’t mean they aren’t achieving anything great in life. Think of it this way, if everyone attains the same thing, how is it special anymore?

Also read: Malaysian Cosplayer Wows Netizens by Getting Creative with Her Headscarves 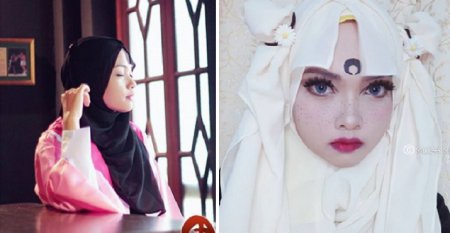