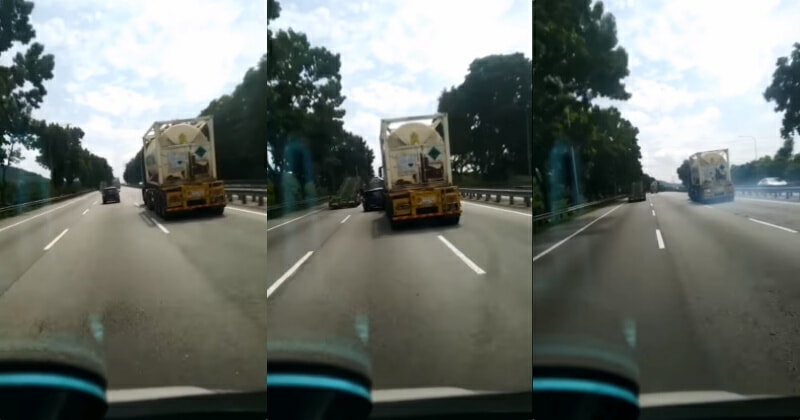 Speeding trailers give us all the shivers, especially when we see one on the highway.

To further add to our fear of speeding trailers, one netizen took to social media, sharing a video of how one speeding trailer sideswiped an unsuspecting Myvi along the Nilai-KLIA highway resulting in the trailer t-boning the vehicle.

In a video shared on Facebook page, Sukan Star T – sstv.my, the trailer carrying dangerous chemicals can be seen hogging the right lane and speeding. 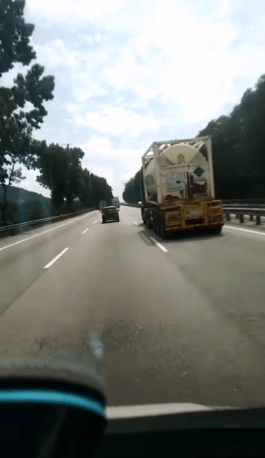 As the trailer was speeding, in the middle of the video, the trailer attempted to switch lanes but did not notice a black Myvi beside it. 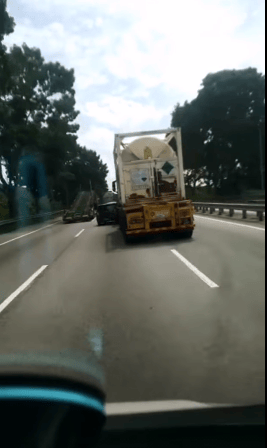 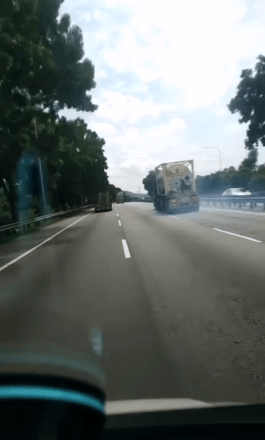 Failing to slow down in time and ignoring the vehicle, the speeding trailer ended up t-boning the small Myvi resulting in a crash at the right lane of the Nilai-KLIA highway. 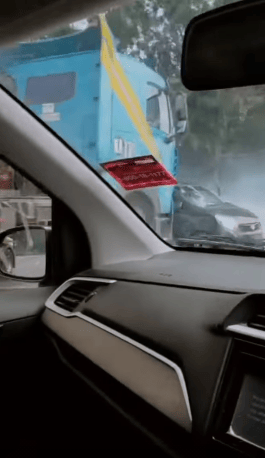 According to netizens commenting on the Facebook post said that trailers are known to speed on the Elite highway.

“On the Elite, this is a common sight. For motorcyclists all we can do is pray for our safety.” 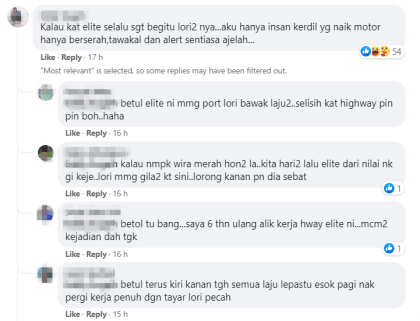 Another netizen mentioned, “Be it on the left or right lane, trailers would speed leaving broken tires all over the road because of their tremendous speeds.”

Let’s hope that the authorities will do something about this. 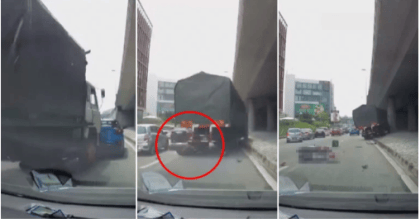