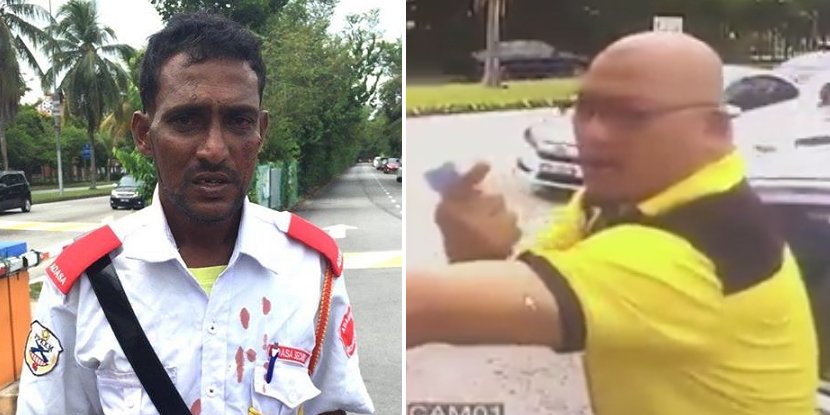 In a video that recently went viral, one man was caught by camera losing his temper and badly beating up a security guard who was just doing his job. The security guard had a broken tooth and even lost some blood from the bashing! 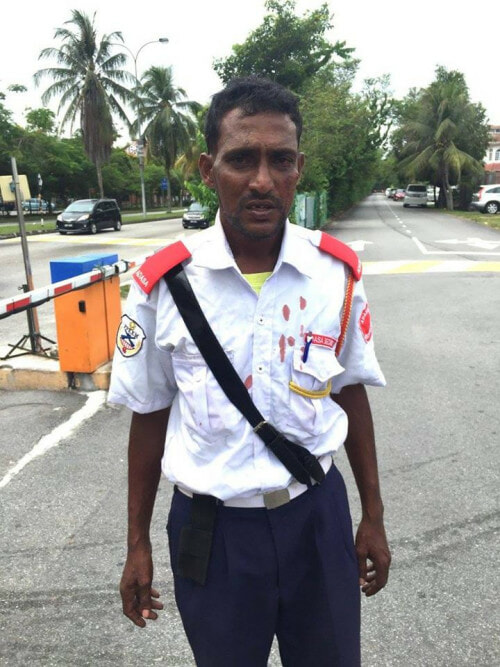 The short-tempered man was wearing a yellow shirt and was driving his silver Myvi into a gated community. As usual, one must show their IC or driver’s license for verification and security purposes. But, apparently the security guard, 34 years old Murugan was just “too slow” to lift the boom gate for the Myvi driver’s liking.

So, the silver Myvi rammed into the boom gate which Murugan then chastised the driver for doing so.

In anger, the driver stopped his car at the entrance, got down and started aggressively yelling at the poor security guard. Though the security guard did not seem to fight back, the frenzied madman grabbed him and punched him in the face anyways. 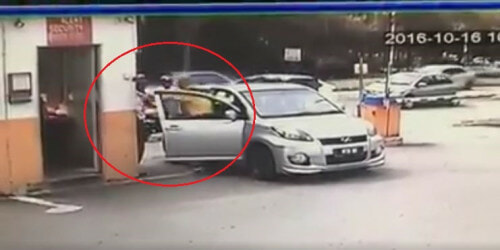 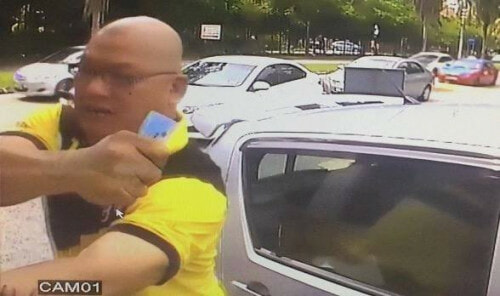 Sadly, although there were many vehicles around to witness the incident, none of them helped the security guard at all! In fact, the motorcycles just briefly stopped to watch the commotion before riding off.

The guard can even be seen holding onto the violent man’s arms to stop him from hitting again. 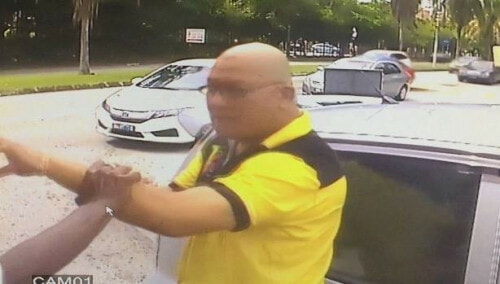 According to the New Straits Times, the incident took place at the entrance of a residential area in Sungai Long Seksyen 7. Murugan has been working at the residential area for 3 months and have never seen the man before. He has also lodged a police report against the aggressor.

The video and images were shared on social media and went viral among netizens. Many agreed that the man in yellow was extreme for beating up the security guard over something so petty, but some also suggested that Murugan must have agitated the man.

“Whatever it is, the guards are just doing their job. No need to be so violent. What makes these people so intolerant these days or is it due to their up bringing ?“

“His children were in the car some more.. act violent. Real stupid fellow. Should be jailed.“

“Can’t just blame people by itself.. some securities are extremely rude and violent too.. the bald guy gave his cards without any problems also.“

Either way, violence really isn’t the way to solve anything.

Who do you think is truly at fault though? Was the bald man completely overdoing it or do you think the security guard was in the wrong for chastising the man?