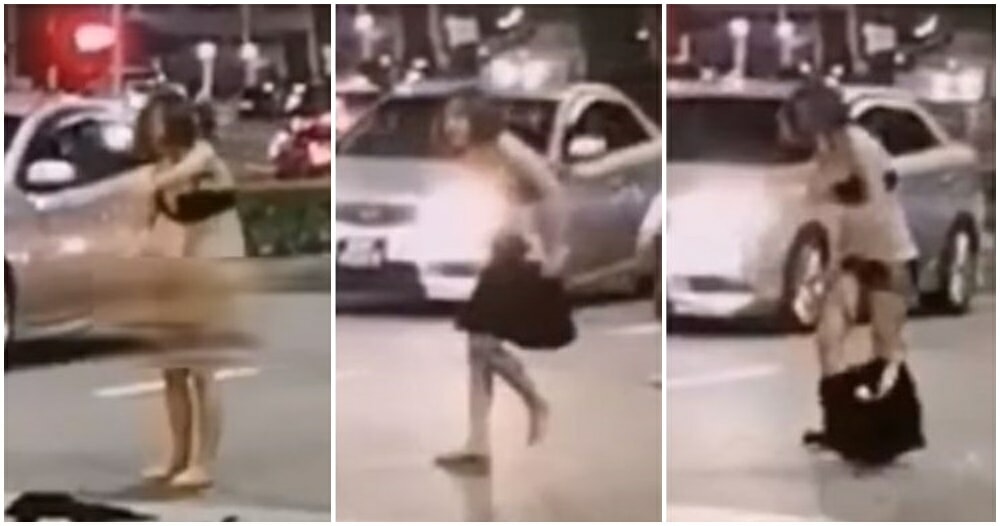 A 31-year-old Singaporean woman was recently arrested after she stripped down in the middle of the road during a fight with a taxi driver in Middle Road on Thursday (24th October). 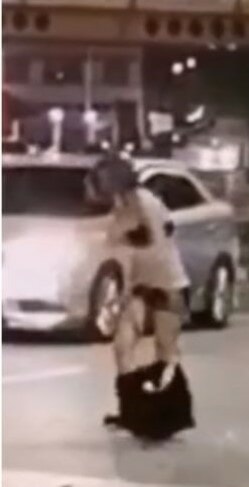 According to the Straits Times, the woman was with the man she was having an altercation with, who could only be identified by his pink shirt. The netizen who uploaded the video said that the man was a taxi driver and the woman had supposedly thrown her fists and handbag at him before the recording even started.

Bystanders alongside the road were also taking videos of the commotion while it was taking place. 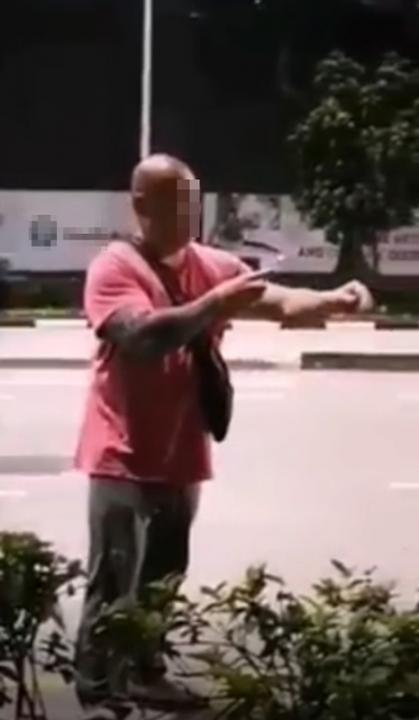 In the video, the woman can be seen taking off her black dress and underwear as she makes angry motions towards the man in the pink shirt, walking over to him despite appearing indecent in the public eye.

She can be heard shouting in the background, “You take another shot, I will take it off!”

Thankfully, a gentleman in a white shirt was seen hurriedly heading over to pick up her dress. He pulled up her underwear for her and obstructed the woman’s body from the camera’s view while escorting her to the side of the road to dress herself as she continued to point and make rude gestures at the alleged taxi driver.

The authorities arrived to the scene not long after that at around 2am and detained the woman for being a public nuisance. It is believed that the woman was under the influence of alcohol when the whole incident unravelled.

According to Singaporean law, nudity in a public place carries a fine of up to SGD$2,000 or a jail sentence of up to three months. Nonetheless, police are still in the midst of investigating the incident before charging the woman with any of these consequences.

Not the best way to let loose. What do you guys think of this? Let us know in the comments below!

Also read: Gang Punishes Rapist By Stripping Him Naked & Allowing Dog to Tear Off His Genitals 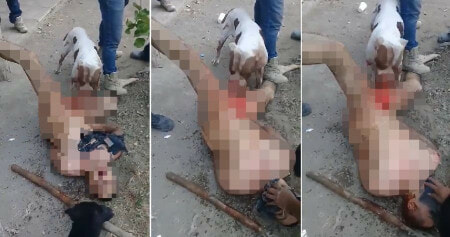