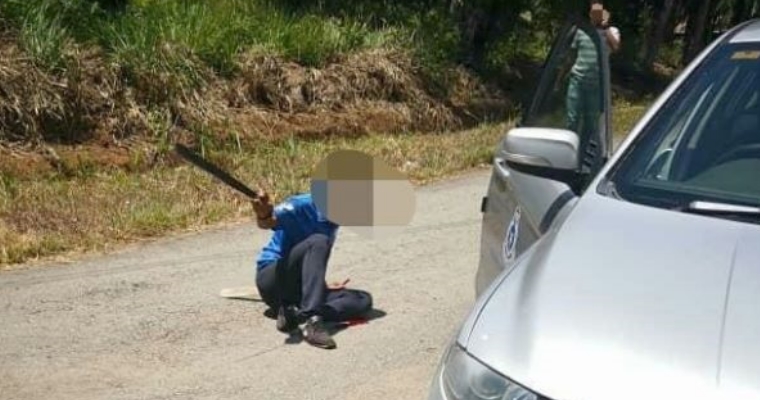 Like the case of this man who went on a rampage and didn’t stop until the police showed up, displaying dogged resistance to police arrest even after having both his legs shot, according to this report by The Star.

It seems the man had been running amok through Sabah’s Semporna district, wielding a machete and terrorising people. Semporna police chief Supt Peter Umbuas said they received the call on Wednesday (13 March) at 11.25am about the man charging through Kampung Sungai Intan.

Three policemen were quickly deployed to the scene where they tried to intercept the man. However, as they tried to approach the 38-year-old foreigner, the man took out his machete. Two of the cops immediately made a tactical retreat back to their patrol car, leaving one of them alone. Supt Peter explained, “The suspect tried to attack the policeman who was not in the car.” 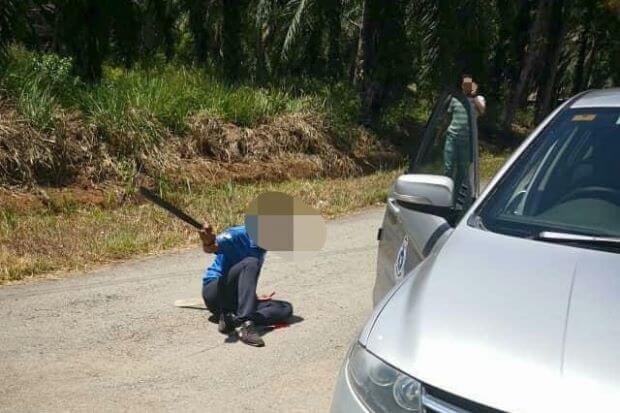 The remaining policeman now found himself facing the suspect alone. Thinking quickly, he took out his gun and shot the man in the leg as he was armed and looked dangerous. Still, the man persisted with only one functioning leg, trying to swing his machete at the officer.

The officer, cool under pressure, proceeded to strategically shoot the man in the other leg in an effort to stop his antics.

Unlike most people who would’ve had both their legs shot out, the man kept on the fight, resisting arrest and waving his machete while sitting on the ground.

Man, he really takes “Never Give Up” to the next level. 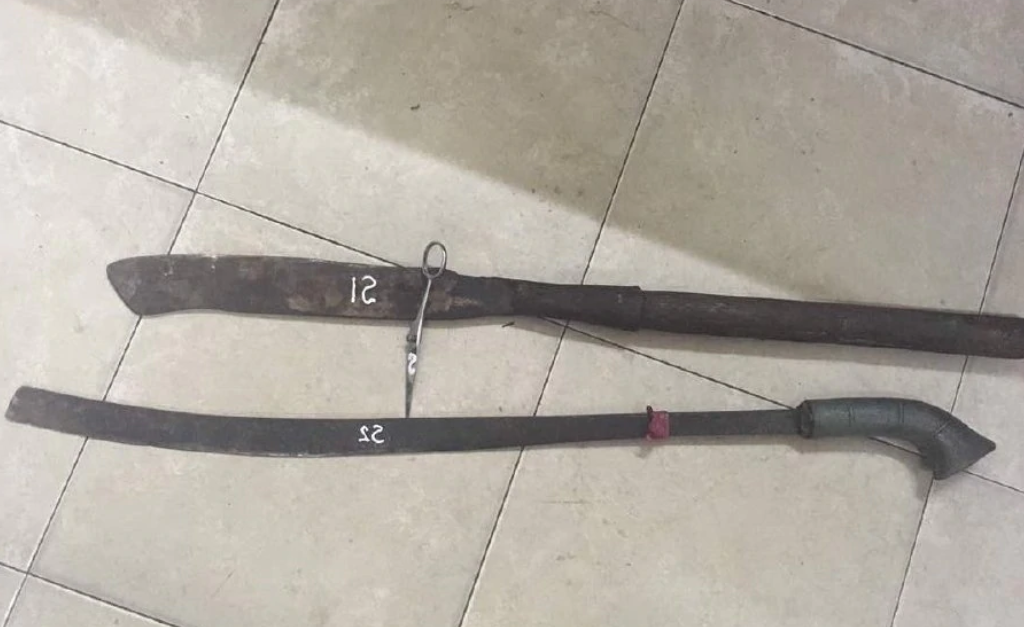 The other two other officers later reappeared from the vehicle to help their colleague take away the machete before sending the disarmed and defeated suspect to Tawau hospital for treatment.

“The officers tried to persuade him to calm down and put away the machete, but the suspect still refused to let the weapon go even though he was barely able to stand,” Supt Peter explained.

“We are not sure what caused the suspect to run amok,” Supt Peter stated. They are currently checking to see if the man has any mental issues. Thankfully, nobody was hurt in the man’s rampage.

The man is reportedly still recovering and will be remanded until March 26 for further investigation.

There’s no word on how the three policemen are doing, although we imagine things may have been a little awkward between them.

We’re just glad nobody got seriously injured! Kudos to the brave officer for his smooth handling of the situation. 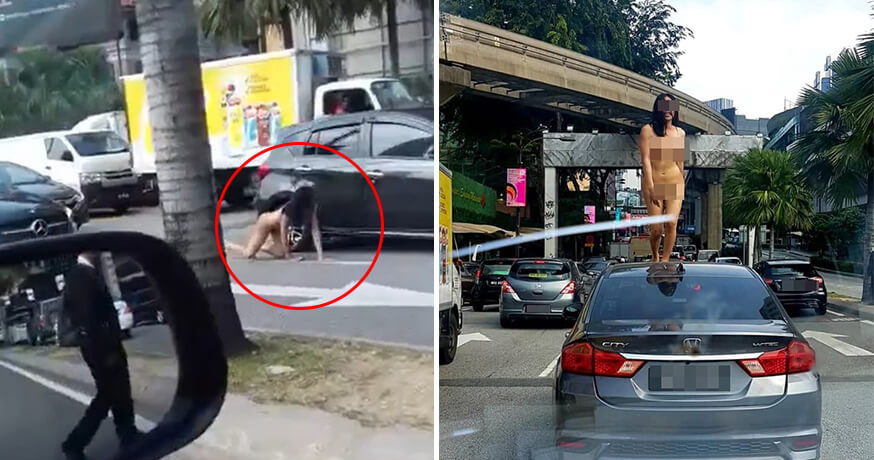