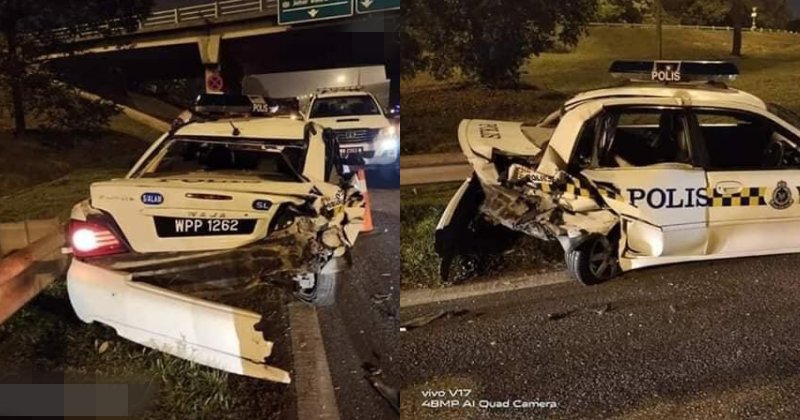 Taking place yesterday, a Perodua Myvi pummelled into a patrol car at kilometre 16.4, Lebuhraya Grand Sepadu as reported in Pandulaju.com.my.

According to the Klang Utara District Chief of Police, Asst. Commissioner Nurulhuda Mohd Salleh, the Myvi lost control and crashed into a patrol car, which at the time was on duty attending to a stalled Land Rover at the side of the road. 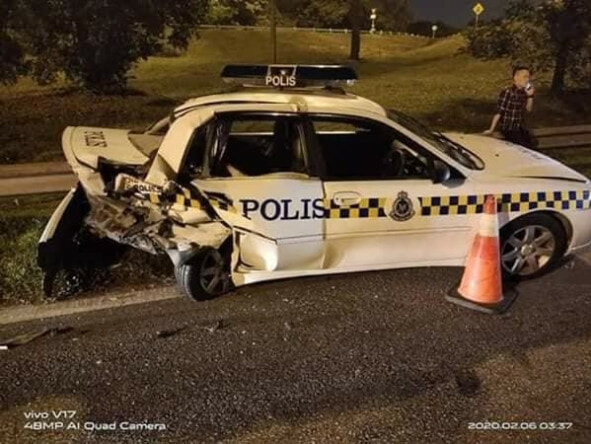 However, the driver was found to have his blood alcohol content below the suggested limit.

Here is footage taken from another vehicle that witnessed the collision.

Just missing the two individuals standing behind the patrol car! That was indeed a close call.

The video, which was uploaded on the @My_CrimeWatch Twitter account, saw comments coming in from netizens condemning the driver for drunk driving.

One netizen mentioned that even if the driver was not drunk enough, the driver should still be deemed unfit to drive.

“I watched on TV3’s 999. They say that even if the driver has low blood alcohol content, it is still dangerous for them to drive.”

According to reports, the driver is currently under the purview of the police to aid in investigations and will be investigated under Section 42 (1) of the Road Transport Act for dangerous and reckless driving which could bring a maximum jail term of five years and fine.

Time and time again we have seen a repeat of such incidences, it is time that we exercise a little more responsibility when it comes to drinking and driving.

Also read: Video: Child Cries for His Mother After Drunk Driver Crashed Into Their Car in Kuching 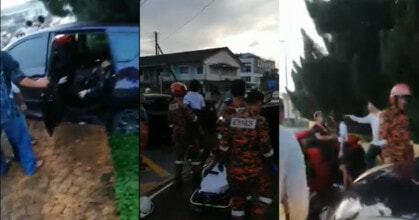