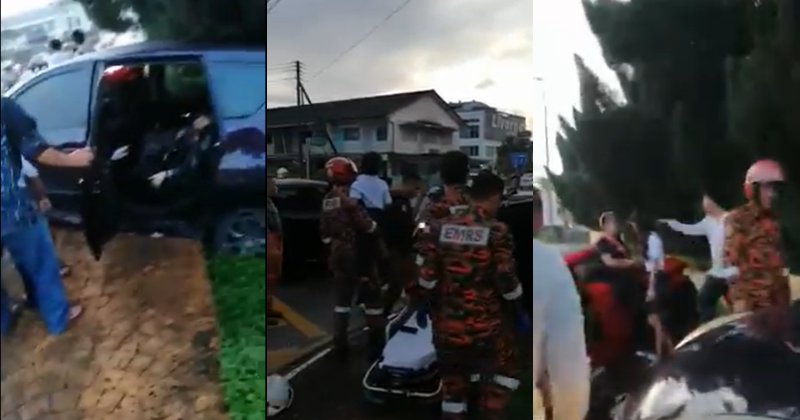 The family of a Fire Department officer became victims of a drunk driver in Sarawak as they were sending off their child to school. His red sports car piled into the family’s vehicle at a junction in Kuching.

A video of the incident, which was shared by Facebook page Bagan Serai Kampung HalamanKu, went viral garnering 134k views, began with the arrival of the Fire Department emergency response team at the scene of the accident.

Just to give you an idea of how devastating the scene was, here is a video of the incident.

An Alza, which can be seen parked haphazardly on a divider, was coupled with the scene of a child worrying about his mother who was seemingly unable to move in the vehicle.

This is truly a painful sight to see.

The culprit, who drove a red Audi, seemed uninjured in the incident was held up by his partner not far from the crash site.

According to the Facebook status, the collision took place at Jalan Ellis, Kuching sometime around morning.

The scene, however, could have been much worse for the Audi driver if it had not been for the number of bystanders at the scene, with a few men believed to be friends of the victim wanting to settle a score with the Audi driver. 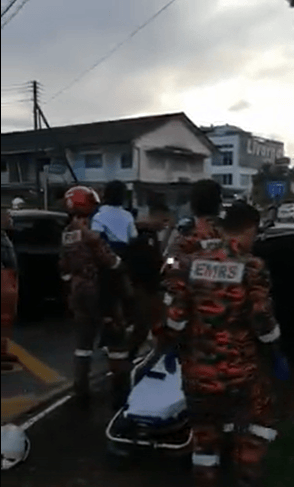 We know that it is not wrong to have a bit of fun but know your limit la.

Netizens commenting on the video reiterate the same message sent to every drunk driving scene – a call for the government to take stern action against drunk drivers.

We sincerely hope that the family will be blessed with a speedy recovery. 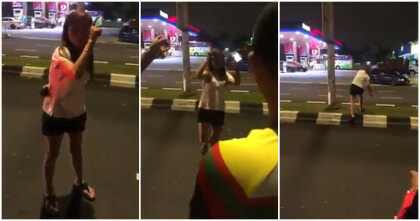