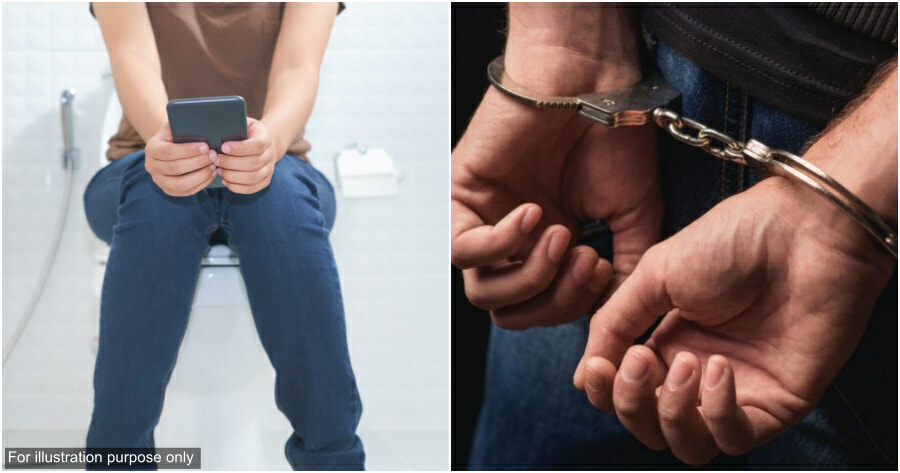 According to Utusan Malaysia, a male private clinic doctor was arrested by the police after he allegedly recorded a video in the women’s toilet of his private clinic.

Petaling Jaya Police said via a statement that the arrest was made following a police report received by authorities from a 30-year-old woman at about 2.30pm on Wednesday, 8 September. 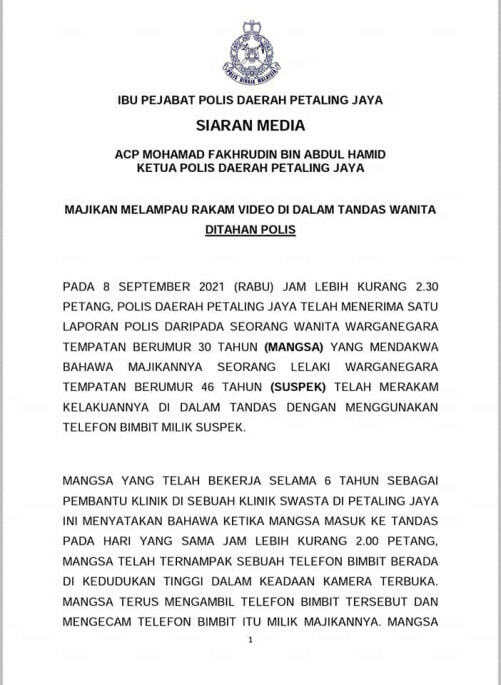 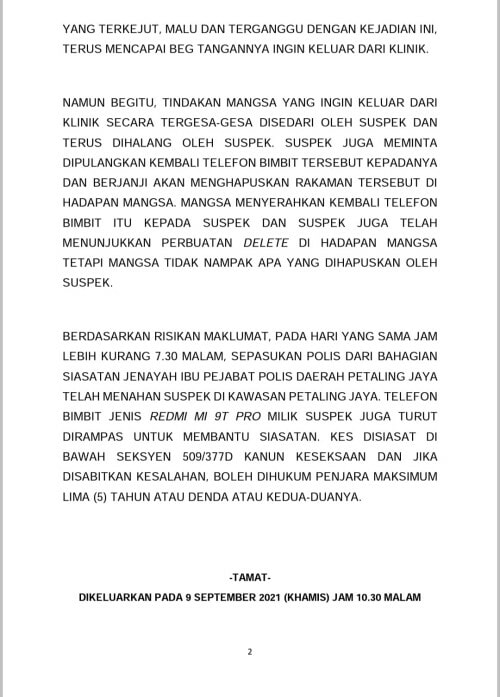 ACP Mohamad Fakhrudin Abdul Hamid who is Petaling Jaya District Police Chief said that the woman claimed that the 46-year-old doctor, who is also her employer, recorded her while she was in the toilet using a mobile phone. She also revealed that she had worked as an assistant at the private clinic for over six years.

“The victim had entered the toilet at 2pm and saw a mobile phone in a high position with the camera open. The victim immediately took the mobile phone and realised it belonged to her employer (the doctor).”

Fakhrudin said that the woman then decided to run away from the clinic, but was stopped by the doctor who asked for the mobile phone to be returned to him and promised to delete the recording in front of the victim. Although the victim handed the phone back to him, she was unsure whether or not the clip was deleted.

“The suspect’s Redmi MI 9T Pro mobile phone was also confiscated to assist in the investigation.”

He added that the case is being investigated under Section 509/377D of the Penal Code and if convicted, the suspect could be sentenced to a maximum of five years imprisonment, a fine or both.

Let’s hope that justice will be handed down to the perpetrator.

Also read: “Give your phone number, I won’t disturb” M’sian Woman Records Being Harassed By Two Men In The Park