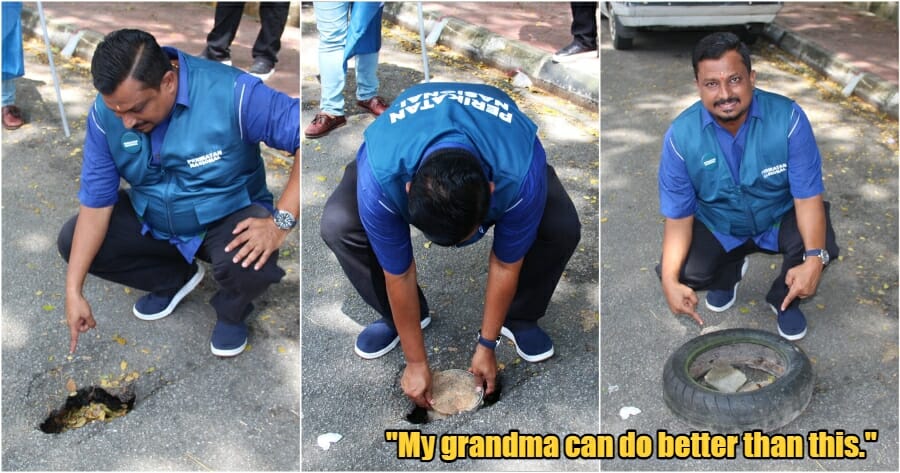 Potholes and uneven roads are a huge problem in Malaysia, especially considering the fact that there are motorcyclists who have died from accidentally hitting a pothole. In fact, just days ago, a student in Johor had died from a similar situation.

Though, considering how long it takes for the local authorities to fix these potholes, the people have always taken matters into their own hands, from filling up potholes themselves to planting trees in potholes to gain the authorities’ attention.

Hence is why Malaysians are now making fun of a Perikatan Nasional candidate, for his lackluster efforts in ‘fixing’ a pothole he had found. The candidate in question is P. Thinagaranabhan for Bukit Gelugor (P051), Penang. 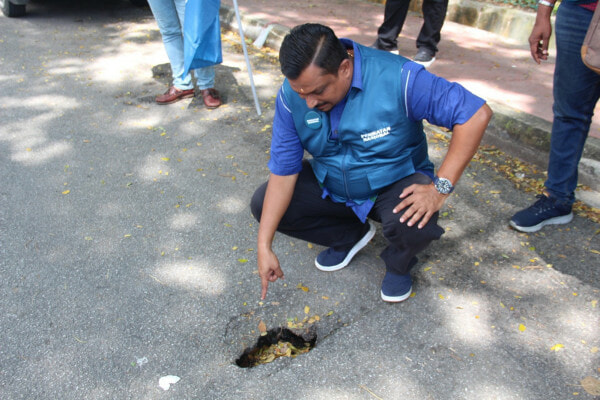 Taking to his Facebook page, Perikatan Nasional – Bukit Gelugor P051, he shared, “Today, we found a pothole in the road and to prevent accidents for everyone, we filled what was there on the road.”

By “we filled what was there on the road”, he had placed a huge rock inside the pothole and then placed a tyre over it to block motorcyclists from riding over the pothole. 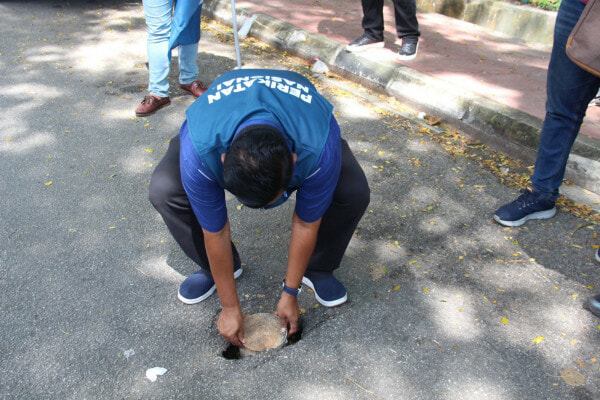 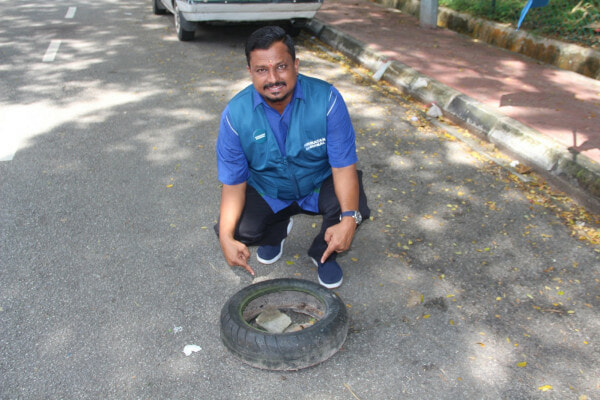 “The power of role models! Every ordinary person can change the world! Let’s change Malaysia together!”

Though, Malaysians don’t believe that his actions are as fruitful as the politician might think it is.

Taking to the comment section of the post, many roasted the man for thinking he had done something great.

Others basically explained why he was getting roasted.

“Brother, you want to pull in the votes you should spend some money. This stone didn’t even cost you a cent but you have the face to post photos. You’re not going to get votes out of this but you will get roasted.”

In a separate post, his party defended him against the immense backlash he received.

“As a candidate for GE15, he feels that this is a dangerous thing for road users in the area. After 3 days, there was still no action taken from anyone. And he himself had acted to make a report to the Public Works Department to repair the pothole,”

“Many mocked and discredited candidate P.051 Bukit Gelugor P. Thinagaranabhan. This matter should not be debated, pointed fingers at, this matter should be the responsibility of the previous leaders and it is also a weakness of those who are pointing fingers at him. He as a candidate is peeved by the attitude of the public who only know how to criticise without thinking,” they wrote.

But if that’s the case, shouldn’t he have at least made the effort to properly patch the pothole, instead of creating another hazard?

After all, if kids can do it properly, why can’t our people’s representatives, right?

This really feels equivalent to putting cellophane tape over a crack in a dam. 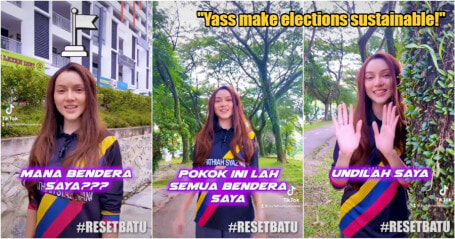