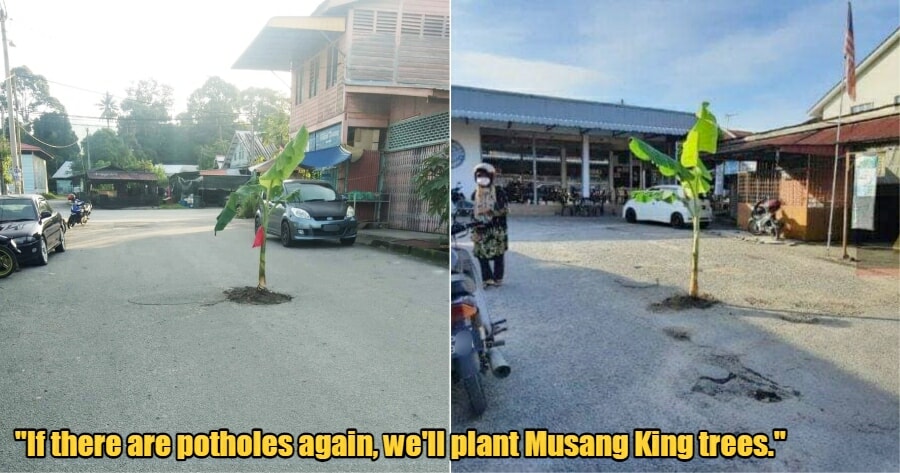 If there’s two things that Malaysians hate the most, it may very well be potholes and the late response people get when reporting them to the authorities.

So much so, that people are now forcing their local municipal council’s hand but altering potholes into something the authorities cannot ignore.

The people of Tengah Pekan Junjong, Kedah, decided to plant banana trees into potholes in order to get the Kulim Municipal Council’s attention, as showcased by Penang Kini. 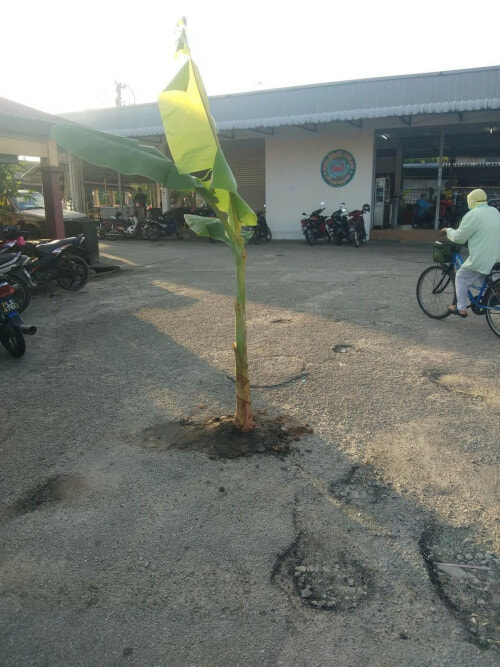 They wrote, “Dissatisfied by the condition of their roads that has had potholes for two years, two banana trees were planted in Tengah Pekan Junjong.”

And not surprisingly, their tactics worked to their benefit! 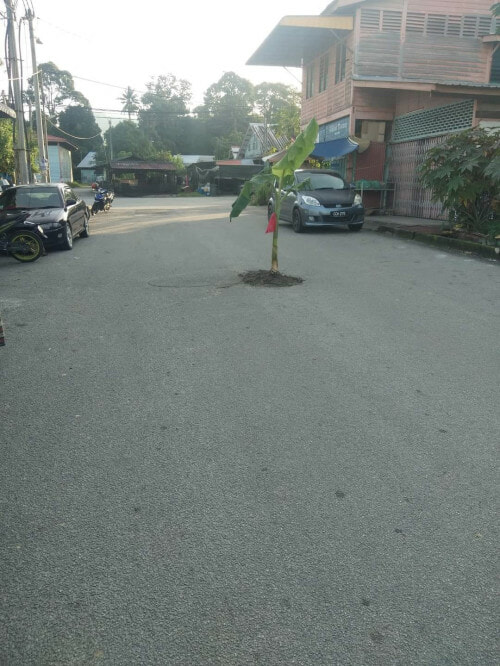 “The Kulim Municipal Council, who got the information, immediately removed the two banana trees and patched up the potholes”, they added.

Netizens have since took to the comments to share how this tactic may very well be the only way to get matters done.

“This is the only way to call them down to do work.”

Some even suggested that, if the problem persists, slightly more drastic measures must be taken.

“If there are potholes again, we’ll plant Musang King trees. So much better.”

Though it’s saddening that the people have to go to this extent to get the attention of their local municipal council, but we guess,in the end, this method proved fruitful.

Also read: Sick & Tired Of Waiting For Potholes To Be Fixed, Bengaluru Residents Resort To God 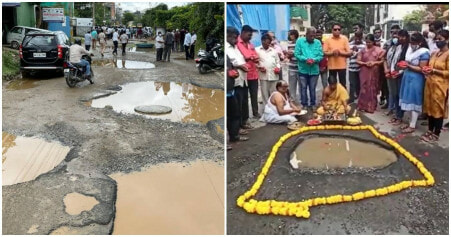