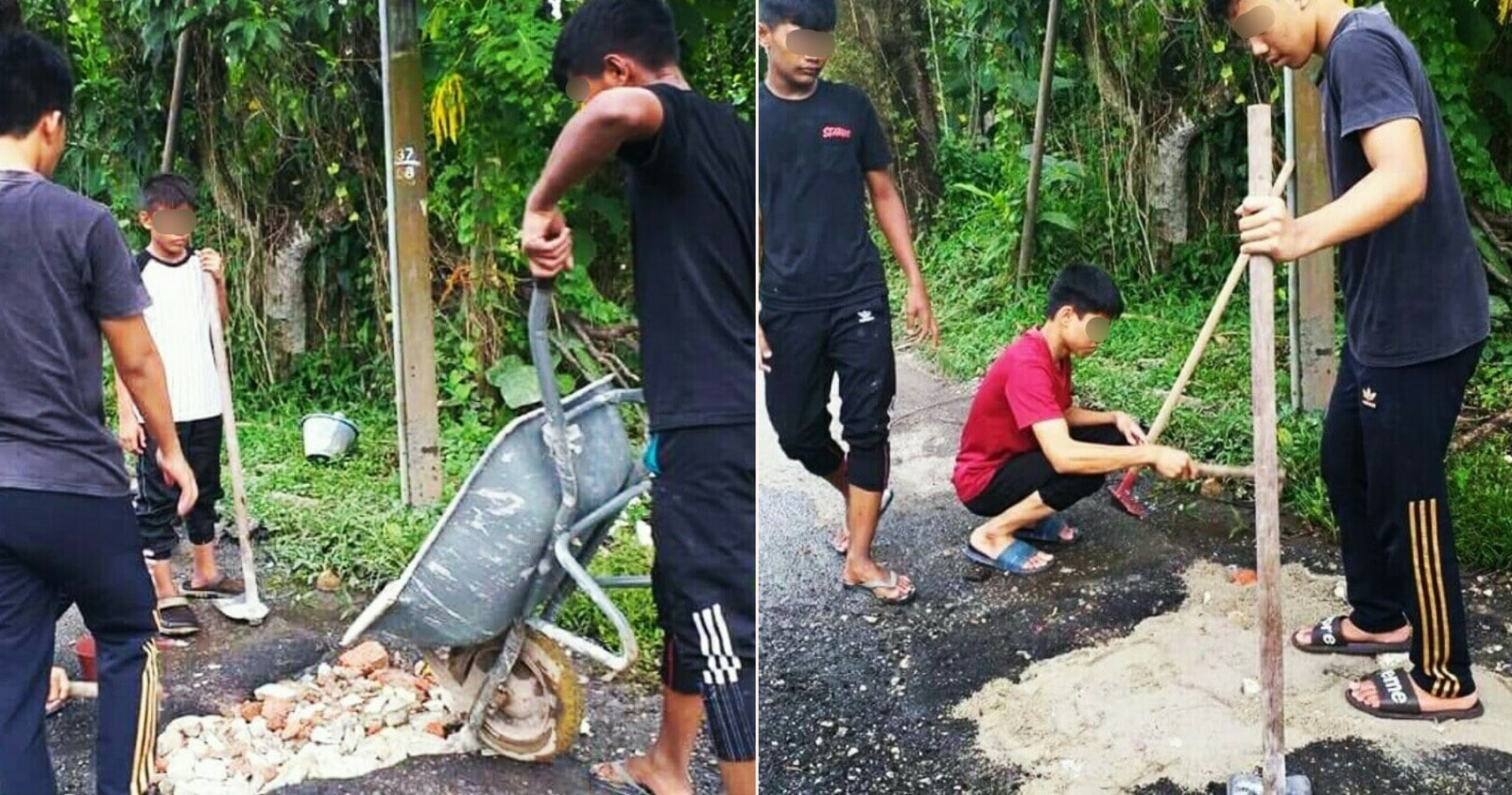 Tired of waiting for the authorities to patch up potholes, Malaysians are coming together to take matters into their own hands.

There have been multiple instances where ordinary folks were caught on camera fixing potholes on their own accords.

LANDO Zawawi – Brotherhood Malaysia took to his Facebook page to showcase how children from an orphanage in Ipoh had decided to use stones and soil to fill a pothole. 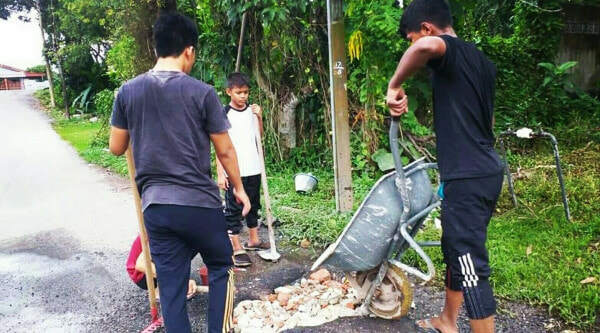 He wrote, “Alhamdulillah. From a young age they’ve learnt to use a compactor. Even though they can only afford to use stones and soil. I salute these kids from the Nurul Iman orphanage in Ipoh.” 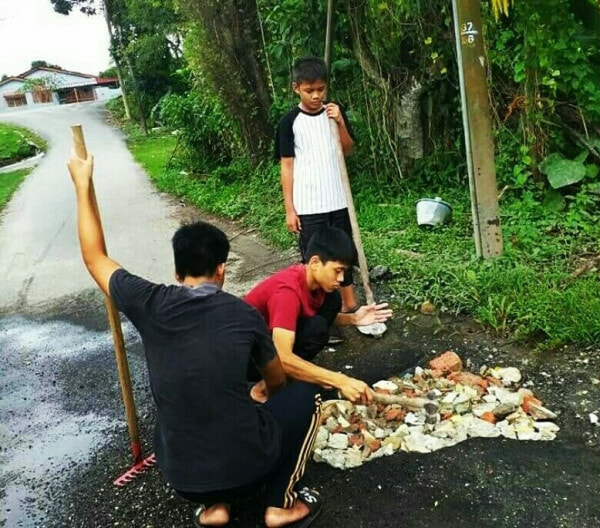 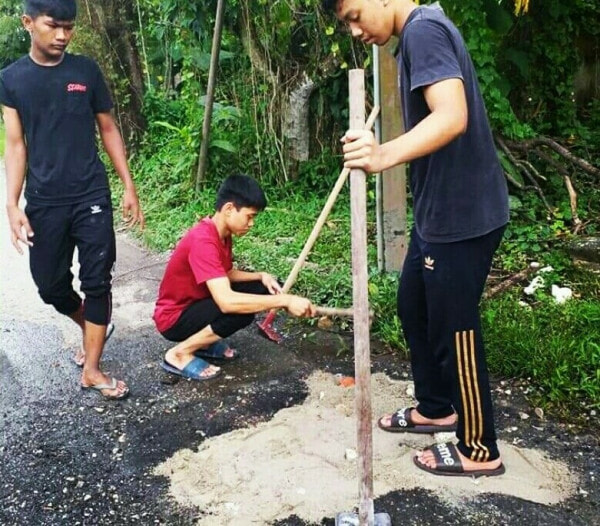 Upon seeing their caring actions, LANDO Zawawi – Brotherhood Malaysia decided to send the kids some tar so that they can continue their good work. 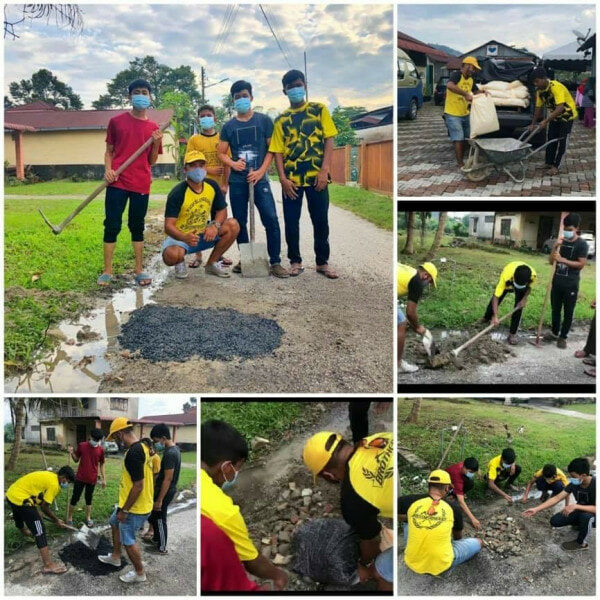 He wrote, “Remember the kids from the Nurul Iman orphanage in Ipoh who were filling a pothole with soil? Because of their earnestness to help simplify the affairs of others, we sent ToK Abu Shantoo with some BROTHERHOOD tar and taught them how to fill potholes properly.”

The Rumah Nurul Iman shared in a statement that the kids from the orphanage had decided to start patching potholes after seeing an incident caused by a pothole.

“The patching work was the spontaneous action of the children from Nurul Iman, who saw a middle-aged man fall into a pothole which was only 20 feet away from the Nurul Iman Orphanage and Poor Care Centre,” they wrote, adding a thank you to LANDO Zawawi – Brotherhood Malaysia for their support and help.

Their initiative to help patch up potholes so that no one else will fall into one again is truly selfless and exemplary. 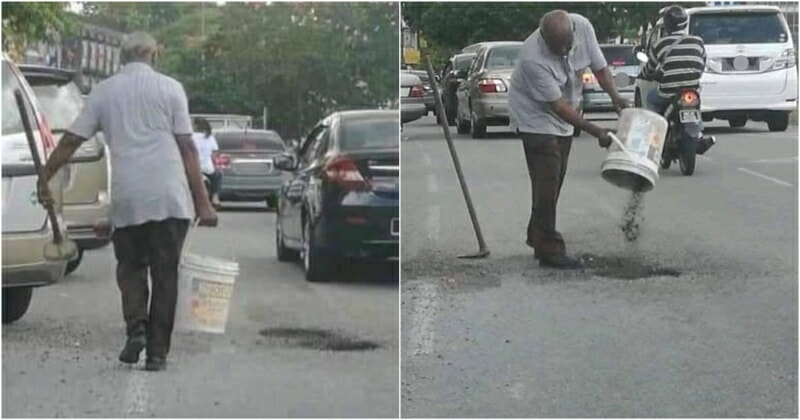