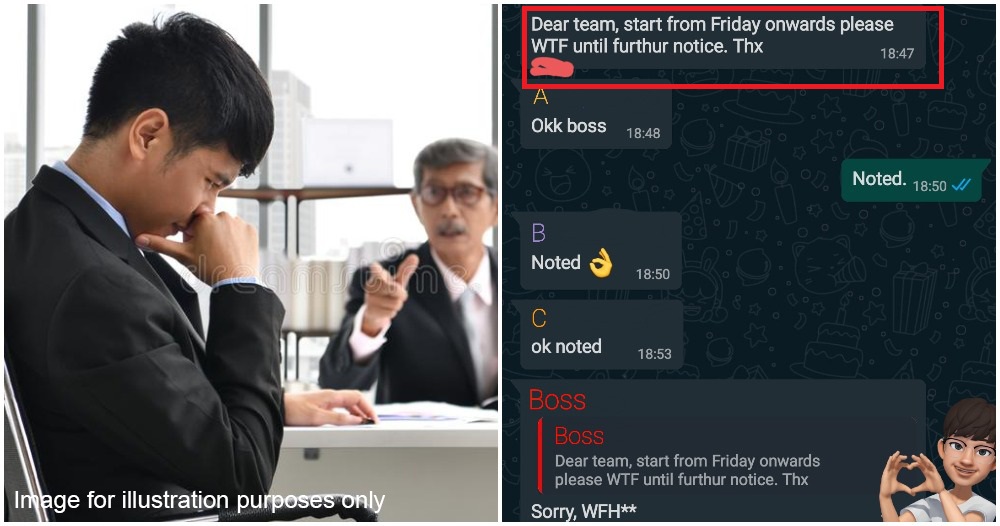 After all, who would dare to point out the boss’ mistakes?

When it was announced that the Movement Control Order was to be implemented in six Selangor districts and Kuala Lumpur, Malaysians were undoubtedly confused regarding the SOPs, especially when it came down to whether employees would still be required to work in the office.

However, in a media release by MITI yesterday (5 May),  the government said that they will be permitting all economic sectors (except those that are prohibited in the MKN list) including factories to continue their operations. Companies need to adhere to the general MCO 3.0 SOPs and the Work From Home policy will still be enforced.

This Malaysian boss might have been a little too excited to ask his employees to start working from home and made a dire typo! 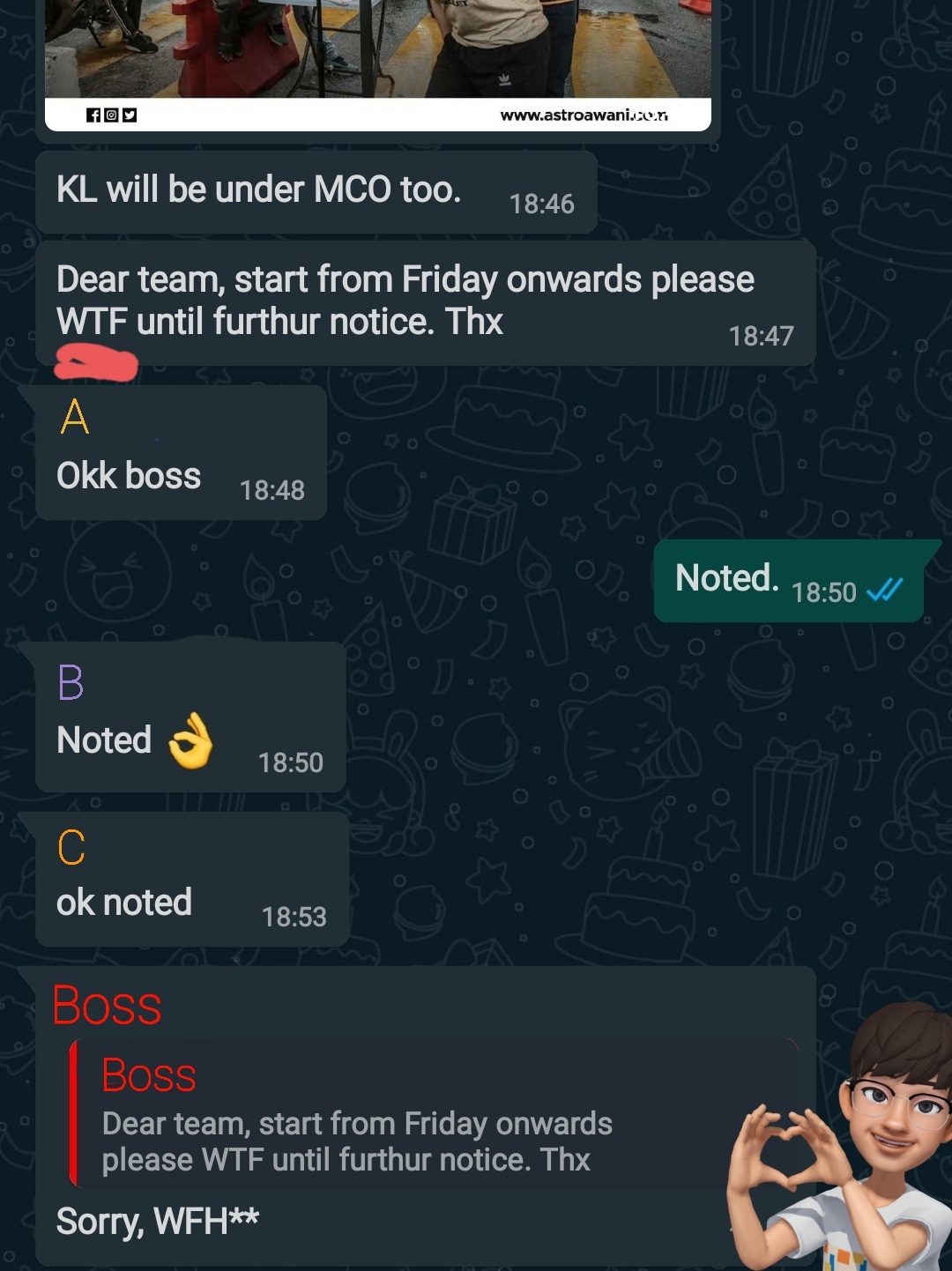 What’s amazing is that despite the typo, the workers were either too familiar with their boss or just too excited about the prospects of working from home again that they just responded with the standard “Noted”. It was only after a while, that the boss noticed the typo and proceeded to say that it was “WFH”, not “WTF”.

The interaction that was posted in the Facebook group Boom Go Employee went viral garnering almost 1,000 shares. Facebook users commented on how the employees are so DONE at this point that they just respond blindly to whatever the boss says.

Have your bosses made any hilarious typos? Let us know in the comments section! 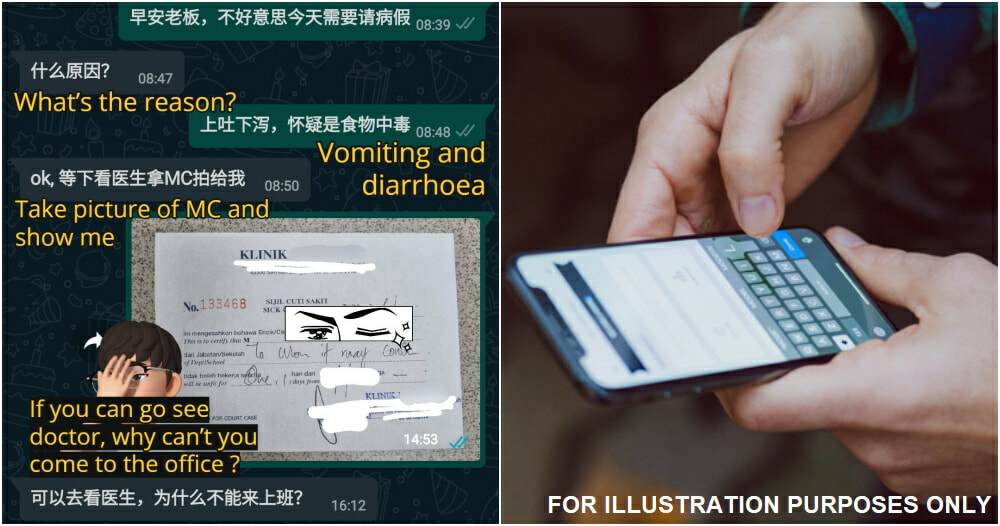