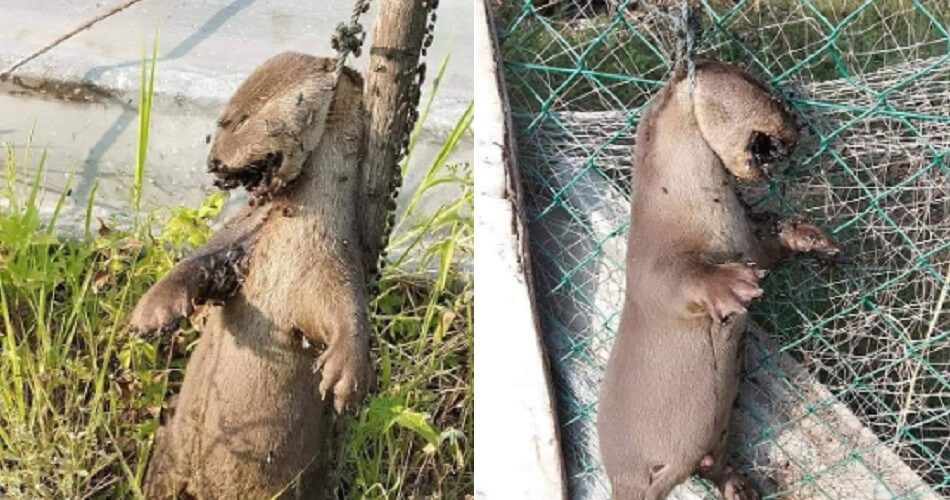 Well, this is just cruel!

Yikes! In the photos, you can see that even the flies have started to feed on the poor otters’ corpses.

The post was accompanied by a caption that read,

“The mentality of some people. To a fish breeder, otters may be pests but must they (the otters) be killed like this? Even after killing it, the otters are hung like they are lowly beings.”

After the post went viral, many netizens felt that the act was cruel as it displayed a lack of humanity. One netizen pointed out that the otters may have had families and it was only trying to feed their families by hunting for food. :'( 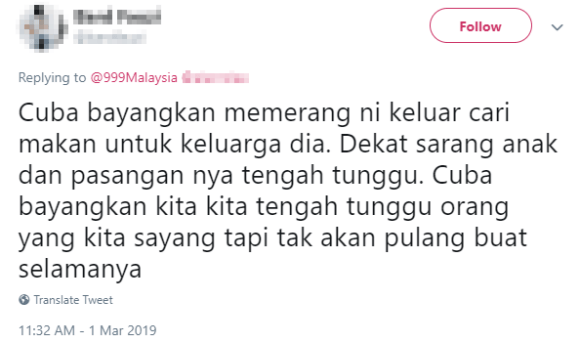 Another netizen said that the perpetrator could have done that to give a warning to other otters but he stressed that it was still wrong to do so.

Other netizens just thought that the act was just cruel and inhumane. Meanwhile, one person suggested that they should have buried the otters instead of hanging them up. True! 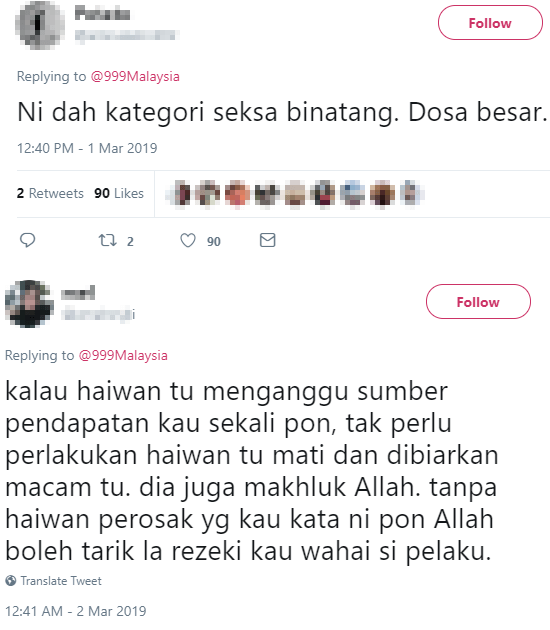 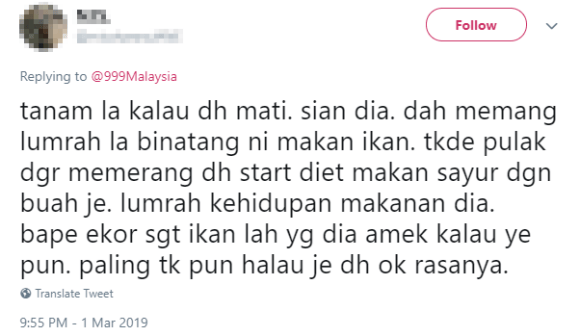 This is sad! Even though they may be pests or threatening your livelihood, it doesn’t mean that they should be treated this way because it’s inhumane. Perhaps the perpetrator should’ve come up with a better plan to get rid of the otters instead of doing it so cruelly. 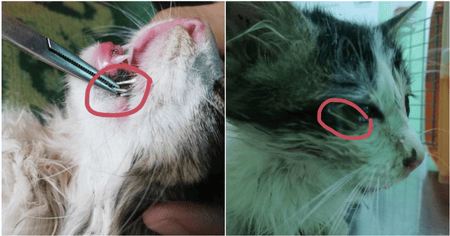