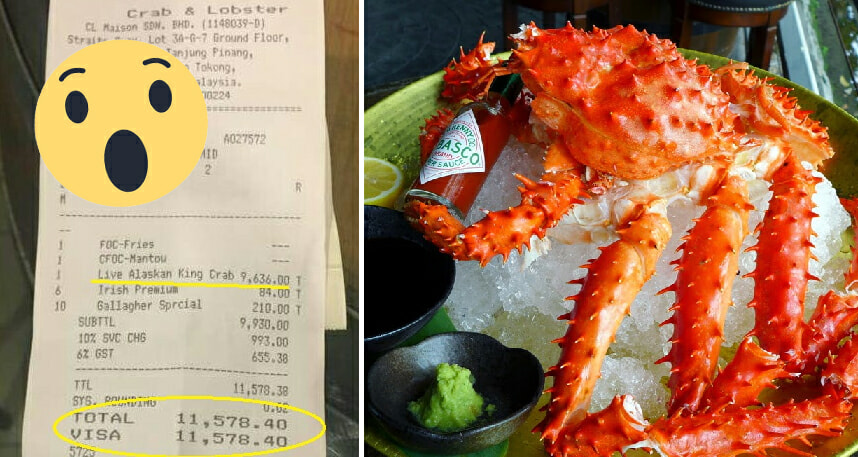 If you live to eat, then you’ll agree with me that food is one of the best things about being alive. However, can anyone really afford thousands of Ringgit for just one meal?!

This customer had the shock of his life when he received his dinner bill at Crab & Lobster, Straits Quay, Penang on June 10, 2017.

That’s because the Alaskan king crab cost him a whopping RM9,636! 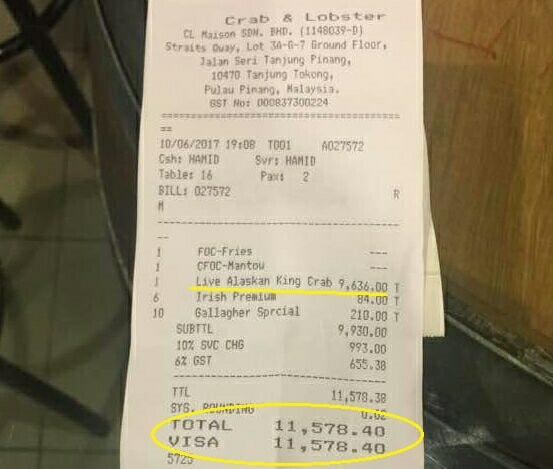 Netizens too were just as shocked as the customer and went on to spread the image of the ridiculous receipt all over social media.

Unfortunately for him, more of the story was soon revealed by the restaurant itself. A representative told The Star that the bill was actually just a mistake.

The 2.2kg-worth of crab only cost RM963 but due to the dinner rush hour, the staff accidentally keyed in an extra ‘6’ at the end. 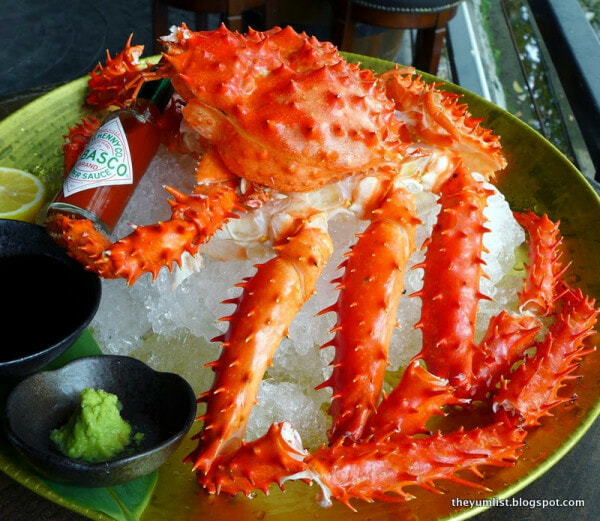 The bill was then handed over to the customer. The error was spotted immediately though, and the staff quickly rectified the error, as evident in the time stated in the new bill amounting to RM1,465.70.

However, the man was quick enough to snap a picture of the bill and had already spread it on Facebook with false accusations. He made a Facebook post that seemingly slammed the restaurant for actually charging such a crazy amount.

Of course, Crab & Lobster wanted it to be clear that it was just a simple blunder.

They told the press,

“As you can see from the times printed on the receipts, the mistake was corrected right away. We hope people will stop spreading misleading information.” 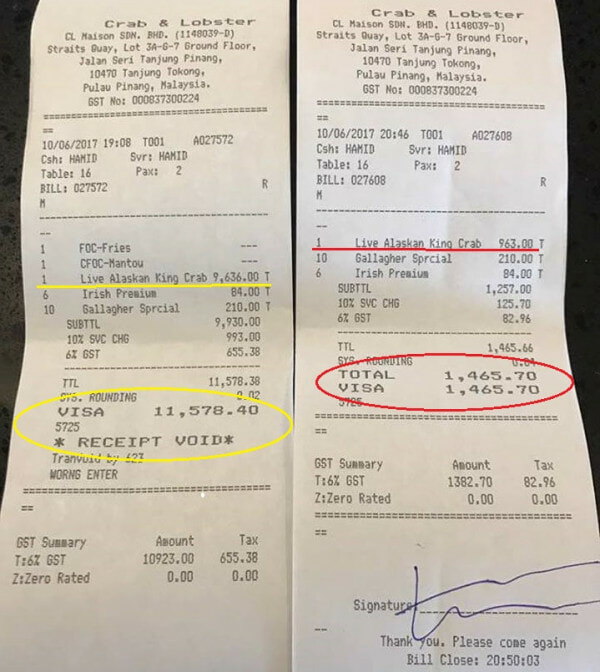 According to The Star’s law columnist, Bhag Singh, when a business is defamed like how Crab & Lobster was, they can sue for damages under malicious falsehood, slander of title and slander of goods.

So be careful with what you post online people! Even if it’s a simple picture or status, we have to be mindful as it can possibly hurt someone’s reputation. 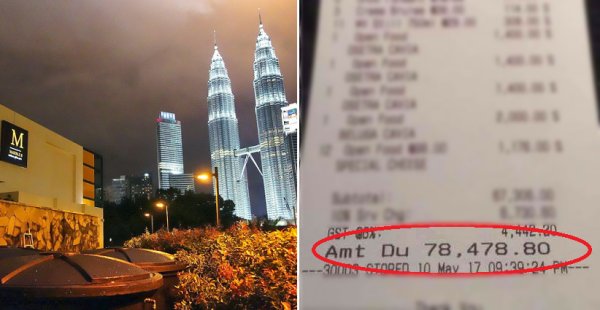