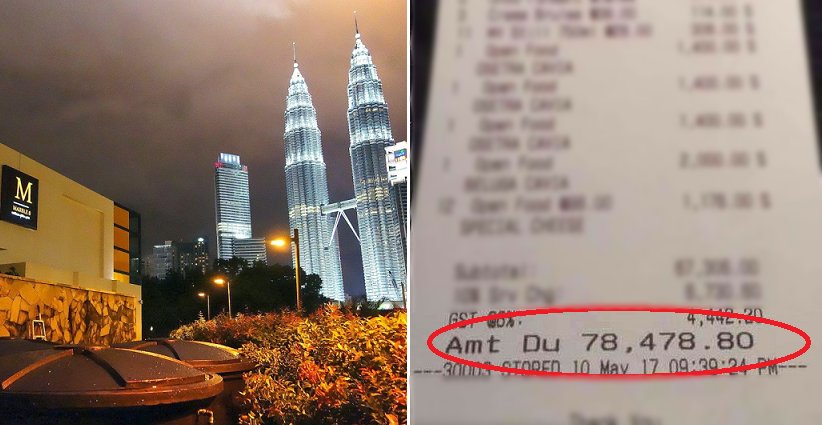 Who says Malaysia’s economy is bad? While us poorer folks are trying hard to make ends meet, on the other hand, we have people who don’t blink an eye at spending RM78,000 for a group dinner in Kuala Lumpur.

The outrageously priced receipt was shared on Facebook recently in a closed group, and went viral shortly after. According to Places and Foods, apparently the group of diners consists of 12 people and it was for a dinner. 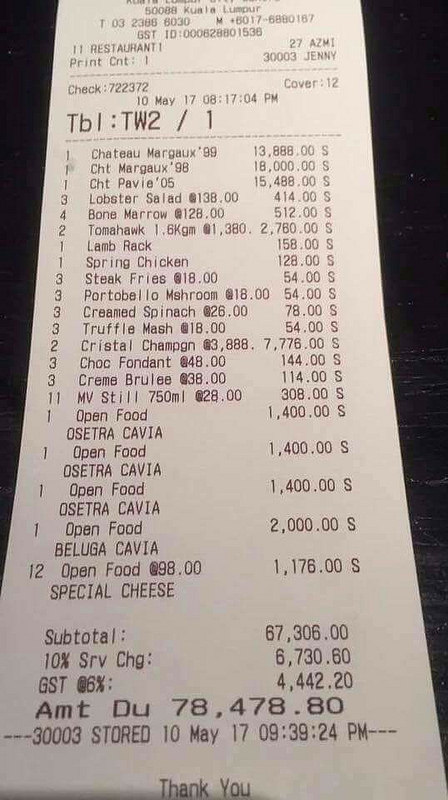 The receipt showed the amount RM78,478.80 which includes the total cost of GST and taxes that has shocked netizens. That’s more than 2 years worth of my salary man! X_X

Why is it so expensive, you ask? After scrutinising the bill, you will find that it is mainly because of the wine, Tomahawk, Christal champagne and caviar that the group ordered. The rest of the items on the bill are still acceptably priced, if you can afford it that is!

It was speculated that the meal is actually a celebratory birthday dinner for a 23 year old and while the receipt doesn’t show where the restaurant is, based on the phone number stated there, we can make an educated guess that it is Marble 8, one of Kuala Lumpur’s popular fine dining restaurants. 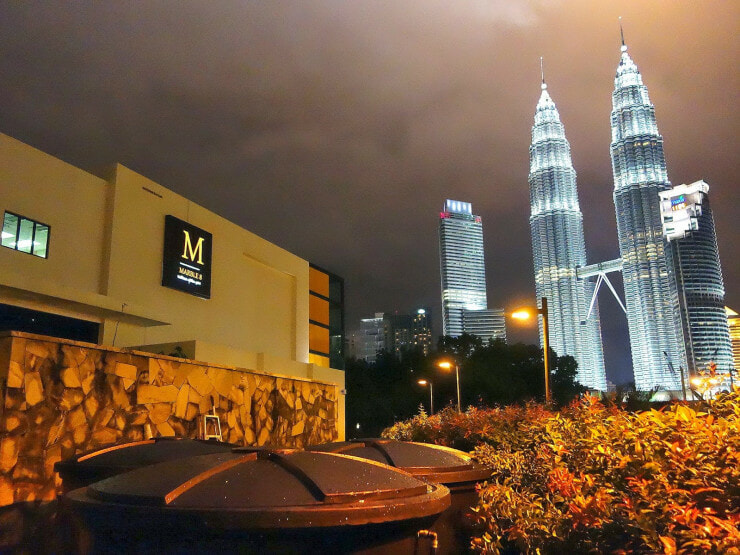 And since it is located at the famous Persiaran KLCC, known for their luxury restaurants, I guess the amount paid is only fitting. After all, you are paying for that coveted KL skyline view!

But come to think of it, for RM78,000 you can actually buy a really good car, and with cash! I guess for this group of rich diners, a car that costs RM78,000 isn’t really that good though.

I think I’m happy with just having mamak. 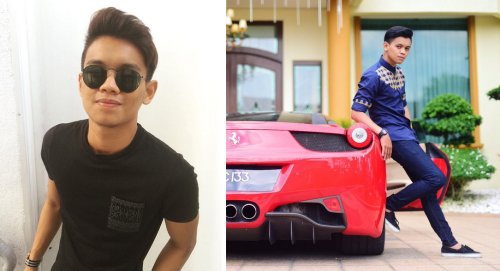