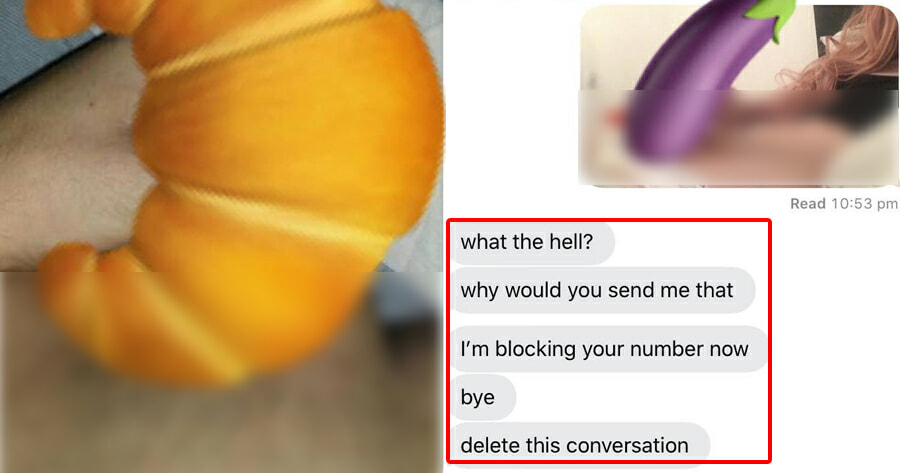 The last thing a woman wants when chatting with a guy online is to see pictures of his genitals, unless she’s into that kind of thing. But what happens when she’s got a penis of her own and decides to ‘return the favour’?

Faye Kinley, a woman from Glasgow, Scotland, was biologically born a male, but has now transitioned into a transgender woman. But the 20-year-old has got nothing to hide and proudly states on her social media, “Yes I have a d*ck,” reported Metro. 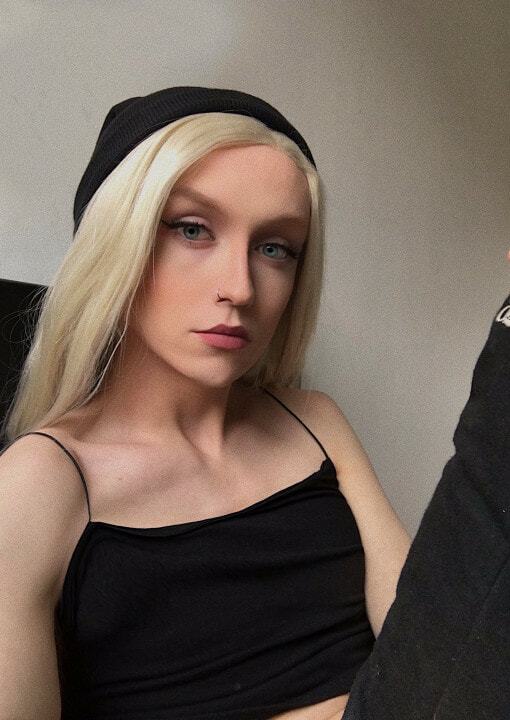 One day, a man texted her an unsolicited picture of his penis saying, “Hey girl you are so sexy”, but what he got as a reply gave him a taste of his own medicine.

Faye took a picture of her own apparently bigger penis and sent it to the pervert, who was disgusted after tasting what it’s like to be on the receiving end of d*ck pics. 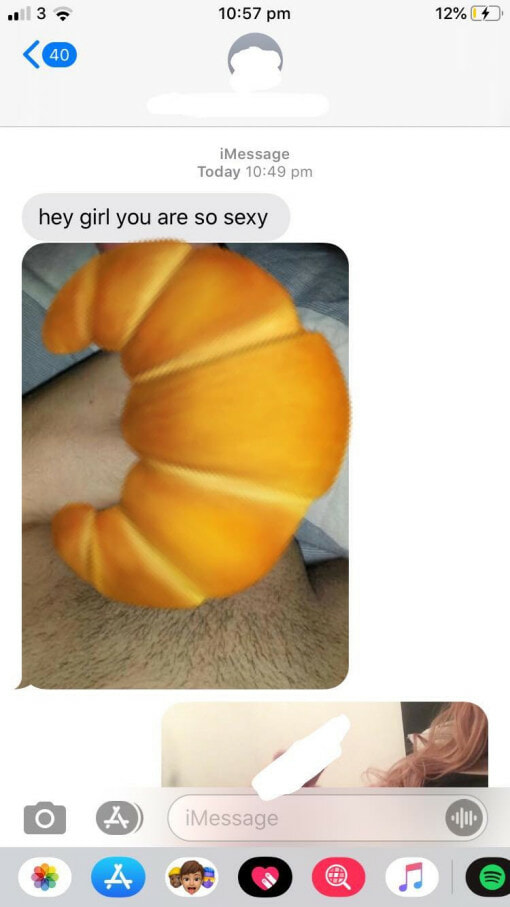 Repulsed by what he was sent – which is ironic considering how he did the exact same thing to Faye – the creep replied:

“What the hell? Why would you send me that? I’m blocking your number now. Delete this conversation. Bye.” 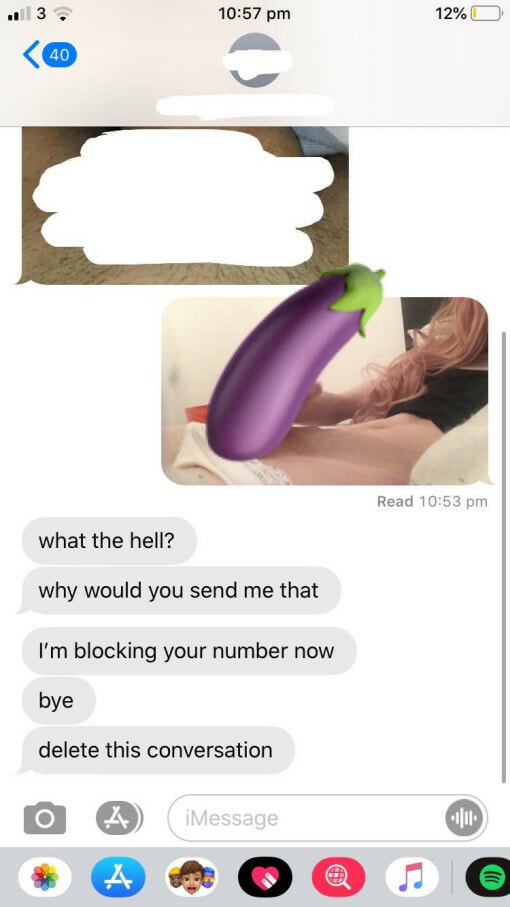 Faye then posted her exchange with the pervert on her Twitter, but of course, she censored the pictures with a croissant and an eggplant respectively.

“This random guy somehow got my number off here and sent me a d*ck pic and I guess he didn’t appreciate it when I sent a picture of mine back. Worked like a charm,” she captioned her post.

“I think he found my number from my Facebook which has since been made private. And he just texted me out of the blue,” she told Daily Record.

“I’ve received a fair few unsolicited pictures in the past, but for some reason it just occurred to me how funny it would be if I did exactly the same thing. His response was exactly as I expected it would be.”

Apparently, Faye claims to have a bigger penis than the creep. That’s because someone actually asked if hers was bigger and she said, “yeah… a lot hahahahaha”.

Netizens found it extremely amusing with some commenting that being trans is like having a superpower.

“This might be the absolute best thing about being a trans woman. It’s like you have a superhero power of blowing creepers’ minds.”

“Men really flip out when you treat them the way they treat you,” one netizen commented.

“This might be the funniest f**king thing i’ve seen in months. I’m dying. “Why would you send me that” might be the best response he could have possibly sent. The lack of self-awareness is just beautiful,” another commented.

Wew! You go, gurl! I wonder if that creep will ever send pictures of his d*ck to women again.

Also read: 45yo Man Injected Vaseline Into His Penis To Make It Big, But Ended Up With Rotting Tissue & Pus 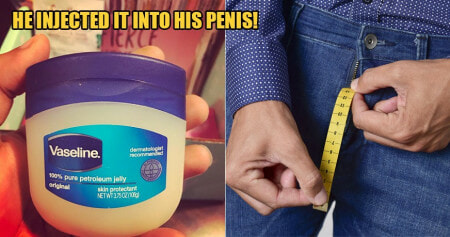