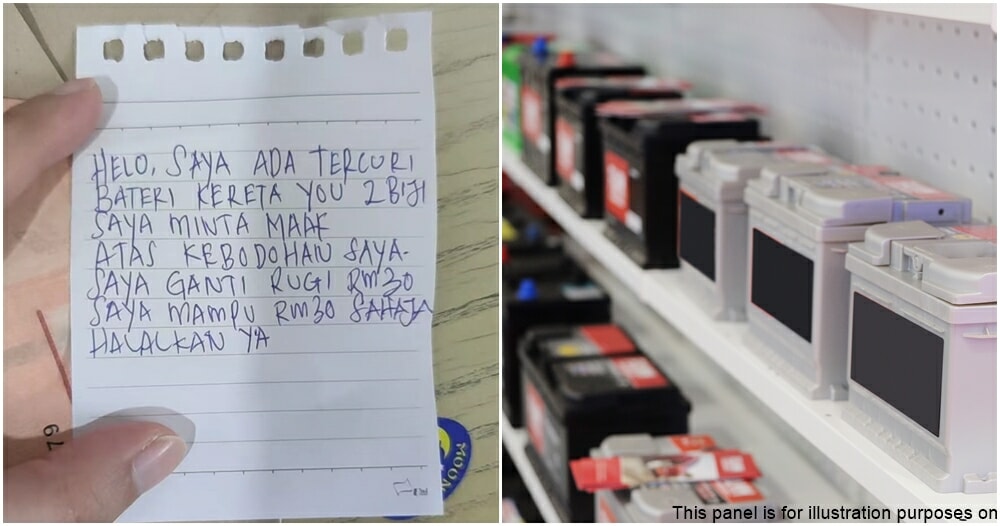 Because of the harsh economy, some people may turn to crime.

On August 17, a Malaysian internet user posted a note he had received in the Sungai Petani Residents Facebook group.

“Hello, I accidentally stole 2 of your car batteries. I apologize for my stupidity. I will reimburse you with RM30 as I can only afford to give you RM30. Please ‘halalkan’ (allow) it.”

The owner of the stolen batteries, however, said in the caption that they would actually like to return the RM30 – as the car batteries were spoilt. 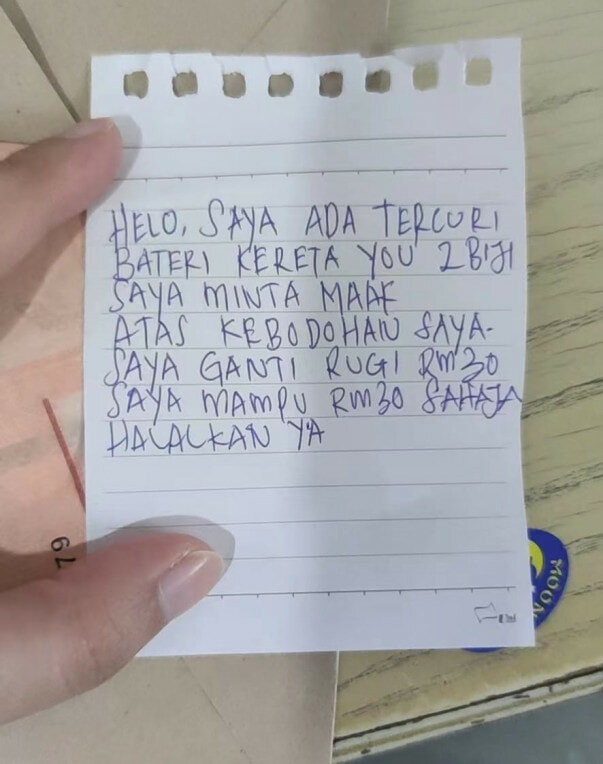 A netizen asked why the man had so many car batteries at home, to which he said that he puts all the old batteries at home and that if the thief did not leave him the note, he would not have known that it had been stolen anyways.

Other netizens have said that RM15 per battery is the “market rate” when sold to scrap metal stores.

“It’s right, 2 batteries for RM30. Scrap metal stores will give that price.”

Some added that maybe it’s the first time the person had stolen something and they might genuinely be in need.

“What a pity, maybe the person never stole before but was desperate enough to do it.”

As the batteries were old and unusable, the owner did not suffer much loss. However, the act of taking someone’s property without consent is still not justified.

Also read: Snatch Thief In Klang Robs Handbag From Woman With A Knife, Then Sets Stolen Escape Car On Fire 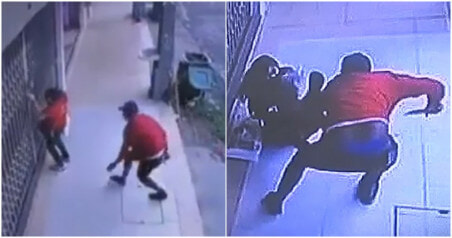