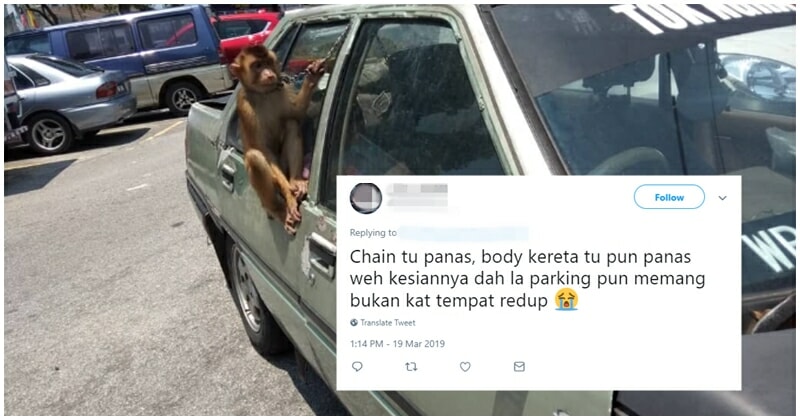 Witnessing abuse, neglect and/or cruelty against an animal is a sight one can never forget, and taking action against such acts is certainly the right thing to do.

Taking to twitter, a netizen reports how his friend witnessed animal cruelty and did something about it. 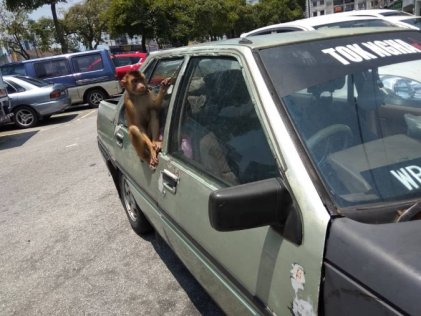 The tweet writes “A friend of mine took this picture two days ago and it was heart breaking.”

“While the family was having lunch, this monkey is chained to the car under the hot sun. “

Included in the tweet is a picture of a poor monkey chained to the owner’s vehicle, braving the scorching heat in the process. Seriously, WTH!

“This is the kind of mistreatment we promote if we allow the exotic pet trade to continue.”

The netizen then writes that the witness filed a report with the local police station for further investigation.

Angered by how inconsiderate the owners were to their pet, netizens began voicing their concerns over the matter.

“I always say this and I’ll say it again.”

“Exotic animal belong in the wild. Not as pets. Let them be free.”

Another writes “I’m sure that the chain is hot, the body of the car is hot.”

“It is a pity that they too are parked in an open area.”

The story however did not end there.

In addition to making the police report, the witness took matters into her own hands by condemning the owners for their action. However, it was met with hostility instead.

“My friend was on the verge of tears when the pakcik retaliated after having his actions criticised.”

Tsk tsk. Let’s not make this a deterrent for doing what we believe is right!

When witnessing animal cruelty, it is best to not assume that someone else will take care of the situation. Animals can’t speak for themselves; it is up to us to speak for them! 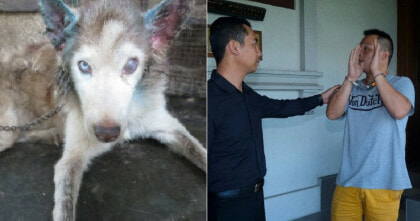