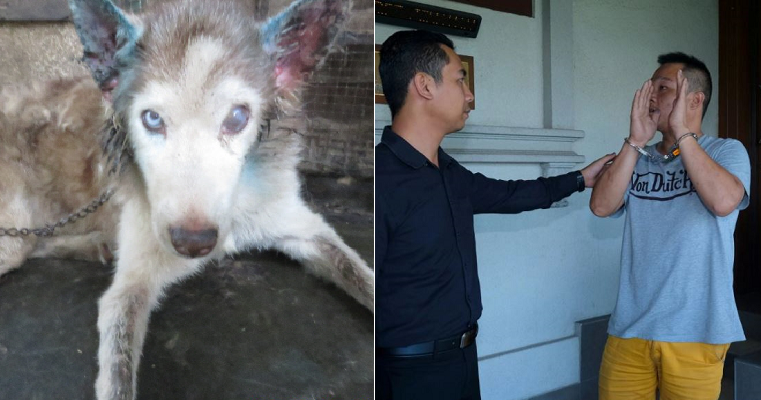 There are many people who neglect their pets after they grow up and cease to be “cute” anymore and that is a really irresponsible act. If you want to get a pet then make sure you can treat it right for the rest of its life! An unemployed man was recently accused of mistreating his pet and had to attend a court hearing to decide on his fate. Based on a recent report by The Sun Daily, the man was identified as 35-year-old Lai Yik Loy and was charged with animal cruelty towards his white male Siberian Husky.

The incident happened at his house in Lorong Peel, Jalan Peel on September 26, 2017 at around 10.30am. Enforcement officers from the Federal Territories Veterinary Department had arrived at his house for an inspection and found the poor dog neglected and in pain. The Husky was discovered chained to a gas cylinder and was badly in need of medical treatment when the officers saw him. 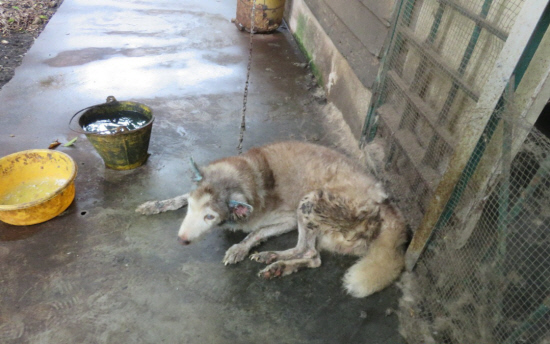 Lai was charged with causing unnecessary pain and hurt to his dog, which was suffering silently. When the officers checked on the dog, he had ticks infestation, skin and ear infection filled with maggots, and a swollen left eye. He looked rather thin and uncared for, with matted fur on his body. That pitiful pooch!

His ownership of the dog was revoked and the dog was taken to the Veterinary Department to be nursed back to health. Under Section 44(1)(d) of the Animals Act 1953, Lai could have been fined a maximum of RM50,000 and jailed for a year or both, if convicted. 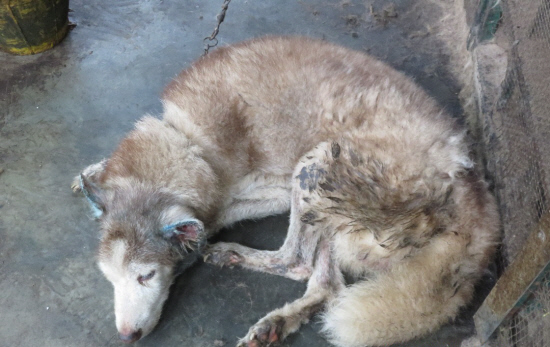 Veterinary department prosecuting officer Hasiah Musa prosecuted the case and asked for a heavy sentence on Lai as he had caused terrible pain and suffering to the poor animal. She added that he had refused to cooperate with the authorities until he saw the warrant of arrest.

He pleaded guilty in court on May 3 and asked for leniency as he was unemployed and had to take care of his parents and live-in girlfriend. Magistrate Zuhair Rosli sentenced him to four days in jail and a fine of RM8,000 in default four months jail for abusing his pet. 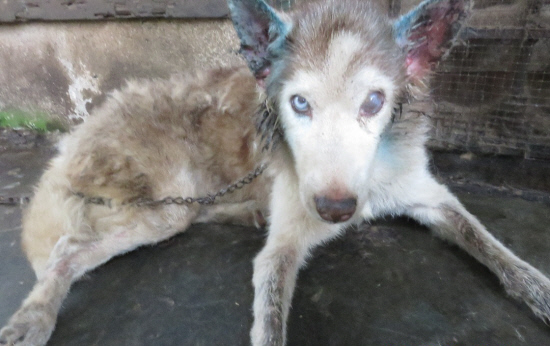 Lai would also need to pay grooming and treatment charges for his dog, which amounted to RM6,872 to the Veterinary Department. Meanwhile, the Husky will be put up for adoption and hopefully find a loving home soon.

Please treat your pets with love and care, you are their whole life!

Also read: Abandoned Dog Dies of Broken Heart After Being Dumped by Owner at Airport 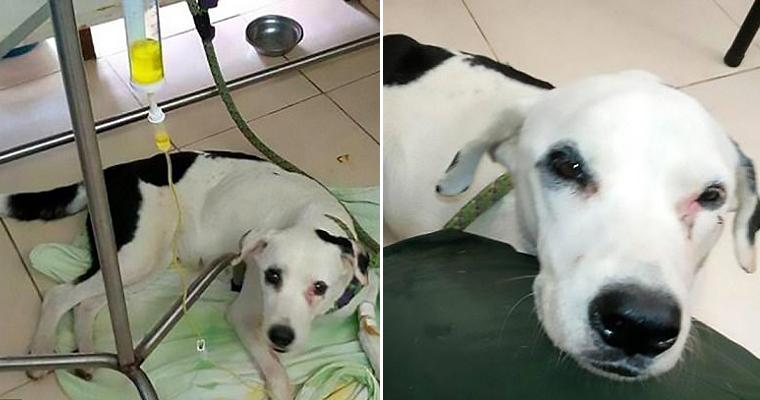