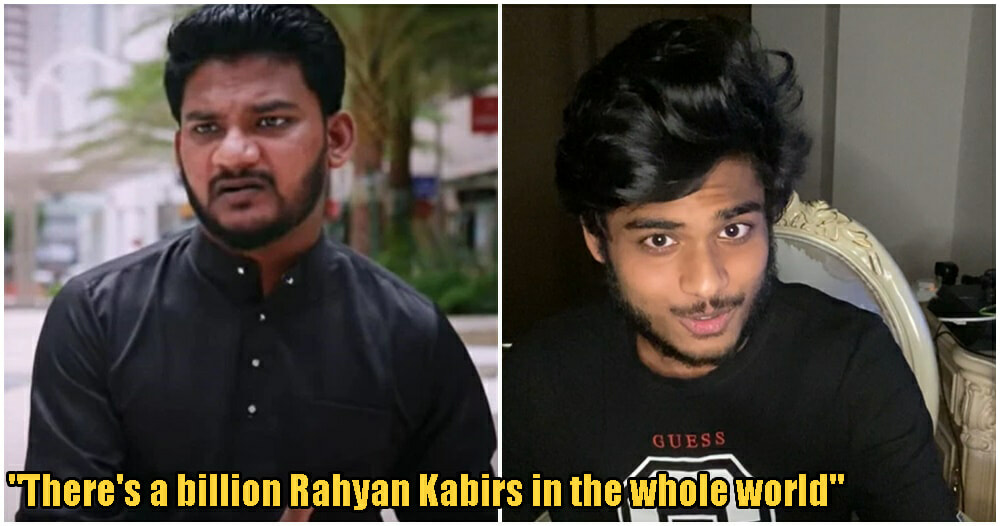 By now, many of you would have seen or heard of the Al-Jazeera documentary video that showcased how Malaysia was allegedly treating foreign workers amidst the Covid-19 pandemic. In the video, a man known as, Rahyan Kabir, attracted a lot of controversy after he ‘spoke out’ against the Malaysian government for treating illegal foreign workers in an inhumane way. 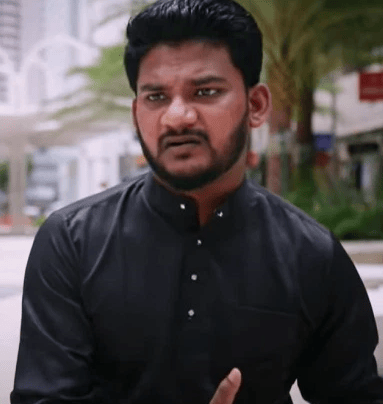 After the video was posted, netizens were infuriated with what they claim was “biased reporting”. Many took to the comment section to air their grievances and some even exposed the Instagram username of Rayhan Kabir so people could discover him on social media. Or so they thought.

Recently, a man who was falsely accused of being the Rayhan Kabir in Al Jazeera’s video, reached out to WORLD OF BUZZ to help plead with netizens to stop terrorising him.

“I woke up today, to A LOT of hate comments. I got hundreds of DMs and one of the DMs said ‘Go back to your country, pig!’ and I was like, what did I do?“

The man, whose name is Rayhan Kabir Rafin, proceeded to share some of the hurtful and hateful messages he received. (Warning: Explicit content ahead)

Rayhan’s insta dms were flooded with hate comments the moment he woke up. 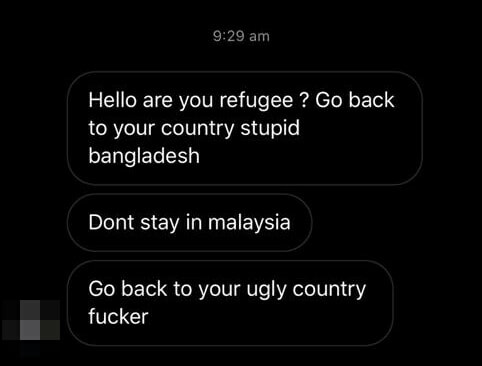 Rayhan Kabir Rafin told WORLD OF BUZZ that he moved to Malaysia from Bangladesh back in 2017. His family lives here but he goes to the University of Massachusetts in Boston, USA. He then explains,

“There is a guy in the video who speaks. His name is Rayhan Kabir. He speaks about how foreign workers are being treated in Malaysia, especially Bangladeshis, I guess. I am Bangladeshi. I love Bangladesh. But a lot of people in that comment section somehow took my Instagram handle and they commented there and said I am that guy.”

If you’ve seen the Al-Jazeera documentary, you would’ve seen what that Rayhan Kabir looks like. And he looks nothing like Rayhan Kabir Rafin, who is currently receiving hate from netizens. Here’s a side by side comparison: 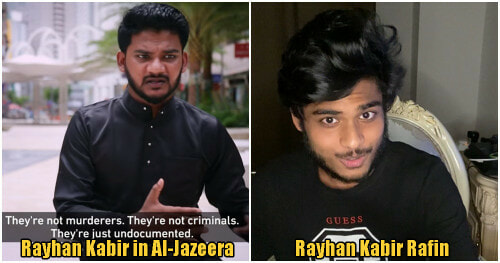 On the left is rahyan kabir who was featured in the al-jazeera video. On the right is rayhan kabir rafin, the falsely accused.

Rayhan emphasised that he is NOT the person netizens claim he is.

“I just want you guys to know that I am not that guy. It’s a different Rayhan Kabir. There’s a billion Rayhan Kabirs in the whole world. And I don’t know why they’re choosing to hate on me.“

Unfortunately even after clearing his name, some netizens still questioned him-asking if he knew the man featured in the Al-Jazeera video all because they’re of the same race.

Screenshots of a conversation between rayhan and a netizen.

The netizen asks rayhan if he knows the guy in the video as he is “your people”.

Sadly, Rayhan says, “this is very unfortunate. I did not expect this. Malaysian people are very friendly.”

Rayhan went on to add that all this hate is unnecessary while we’re in the middle of a global crisis, “Don’t hate on me, don’t hate on anybody. We’re in a pandemic. Just be positive, that’s the only way we’re going to fight this and get over this and get on with our lives.”

Rayhan has posted an entire video clarifying this situation on Instagram, which you can find here.

As I could not upload the full video to my ig story this video explains it all.

If you know anyone who has been spreading this misinformation, do alert them immediately. Don’t go around terrorising innocent people, guys!