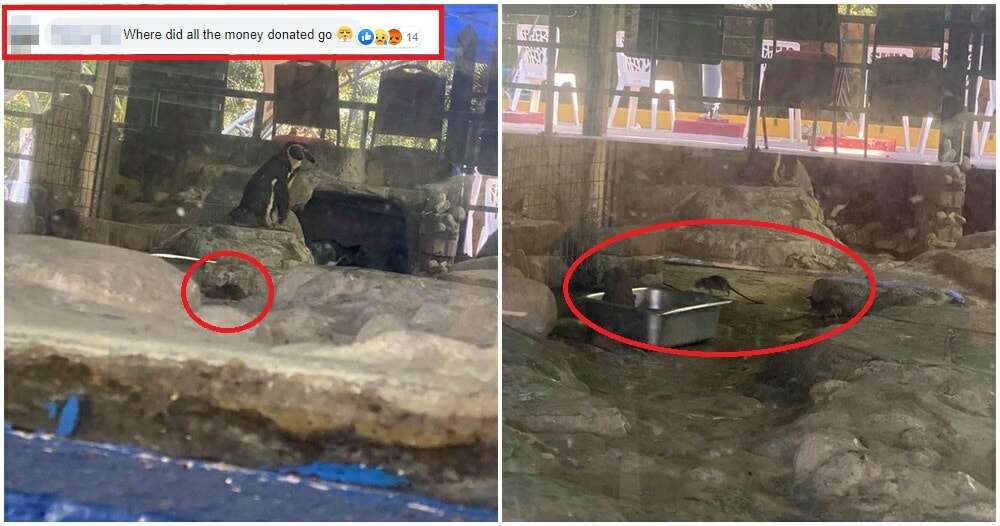 As some of you may know, Zoo Negara was struggling to sustain itself during the MCO due to the lack of visitors and donations that came in during the precarious period. To tackle the issue, the zoo’s management held an “Adopt An Animal” campaign in March in order to raise revenue to maintain the well-being of animals. But after a netizen’s recent disturbing discovery of rats inhabiting the penguin adoption enclosure, Malaysians are thinking twice about their decision to fund their upkeeps.

A Facebook user shared his experience of visiting the zoo on 10 August, where he was shocked to see the unsanitary conditions of the enclosures these animals were kept in. According to the netizen, the adorable penguin species, the Humboldt Penguin, was kept in a dirty environment, and rats were even spotted running across the enclosure!

“The food for penguins are anchovies & sardines…erm and rats?”, the netizen captioned along with a photoset of pictures clearly showing the rodents scurrying around the penguin’s compound.

Netizens were infuriated at this discovery and began questioning where their donation funds from the program went to:

Netizens are questioning where their funds to upkeep these animals have gone.

Hopefully, Zoo Negara will be able to fix this situation soon seeing as the national animal enclosure remains a popular attraction for families and school trips.