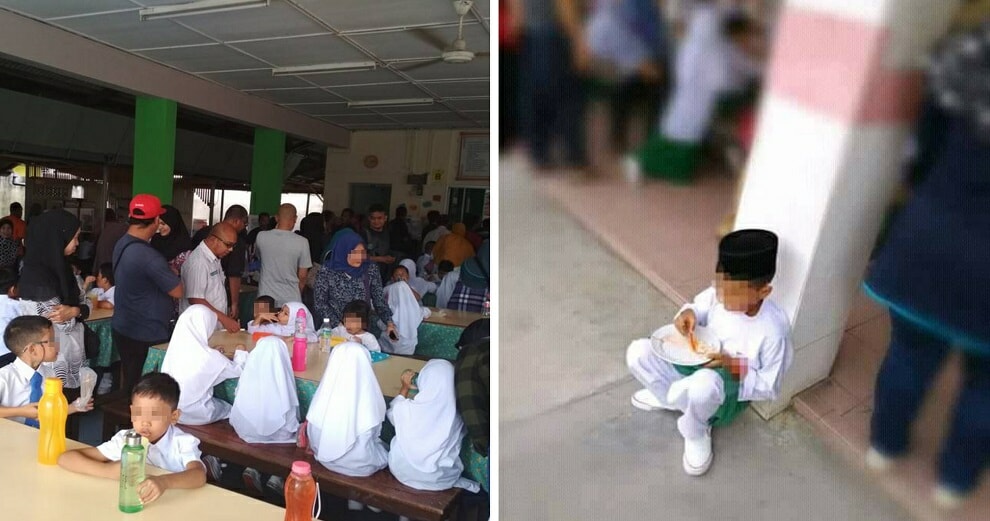 The school year has just begun, and with it comes a new batch of students ready to begin their 11 years of education. Some parents often tag along with their kids entering Standard One during the first week, just to make sure their children get situated with their school.

However, this problem highlighted by one Malaysian definitely raises some concerns as to how much kids should be monitored by their parents.

One netizen decided to take to Facebook after he came across a photo of a young student who was forced to sit on the floor of the school’s canteen and eat his food because most of the other seats were taken up by parents. 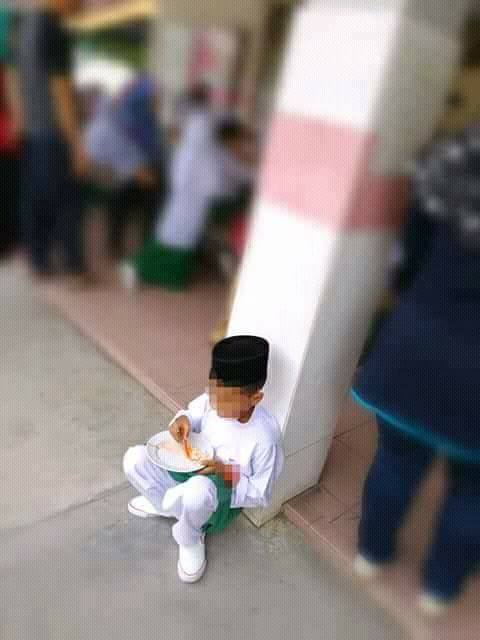 Sadly, it appears this student wasn’t the only kid displaced in the cafeteria on the first day of school. The netizen, Mohd Fadli Salleh, who used to work as a Standard One teacher, shared on his Facebook post,

“The chairs in the canteen should be reserved for students. It’s where they’re meant to sit and eat, not for parents to sit and take care of their own children until other students don’t have any place to sit.”

“What kind of person doesn’t think about others? These parents never considered the students that came to school without their parents by their side.”

He then recalled a similar incident that occurred seven years ago.

“One student in my school lost his father long ago. His mother was also sick and was admitted in the hospital. So, he was under the care of his aunt.”

“On the first day of school, he had no parent or guardian to accompany him during recess and he was forced to stand by a pole while grown adults hogged the seats and fed their own children.” 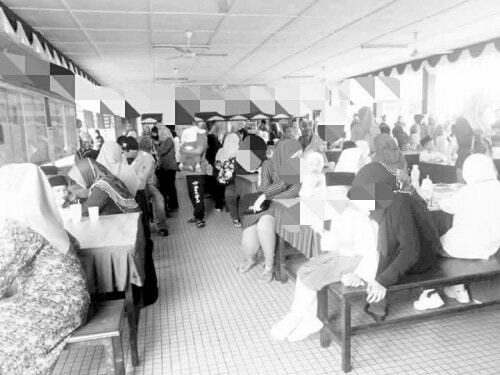 “When recess was over, the poor child was still hungry because he didn’t get the chance to eat. I only noticed when he left behind an untouched plate still filled with food.”

“So, I sat with him and made sure he finished his food. He rushed to finish eating, feeling scared of getting in trouble with his teacher for being late to class.”

“After I reassured him, he finally sat down to eat and I waited for him to finish before I walked him to his class.”

He then strongly advised Standard One teachers across Malaysia to make sure their students get to eat during recess and that parents make room for other students.

Mohd Fadli’s post caught a lot of attention online, with over 13,000 shares overnight. Thousands of Facebook users agreed with what he had to say, and also urged parents to be more considerate.

He also told mStar that parents are actually not allowed to sit in canteens during recess and it’s clarified in the rules of most schools. However, there are exceptions if the canteen is not so crowded. This is usually announced to the parents during orientation, but it often goes ignored. 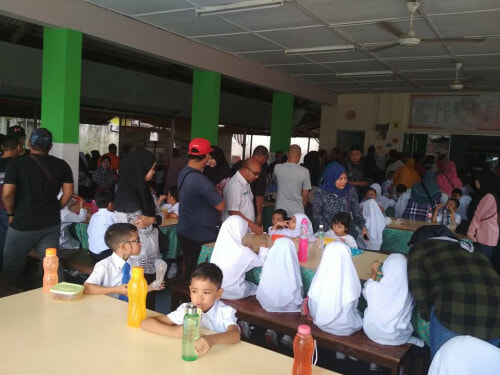 “Many schools allow parents to follow their children to school on the first day, even during recess. I understand their situation because their child probably hasn’t had time to get used to the environment, managing their money and receiving change,” Mohd Fadli said.

“It’s no problem for them to pay for their child’s meal and tag along with them at the canteen. The problem is when parents start hogging places and cause other students to not have any place to sit. Many of them then decide to not eat and get hungry once recess is over.”

He then went on to advise parents of young students;

“Just think, parents, if your children don’t get to eat. They come home from school and say they’re hungry because they couldn’t get a place to sit due to other parents occupying so many seats.”

“You would definitely feel upset, right? If that’s how you feel, imagine what the hungry students are feeling. So, next time, don’t sit down during recess and just stand next to your child at their table so other students have a place to eat.”

We’re glad Mohd Fadli spoke out against this behaviour. Let’s hope this teaches parents to be more considerate of the other young students in the future!

Also read: “My Son Was Eager to Go to School, But He Had to Brave Through This Bridge” 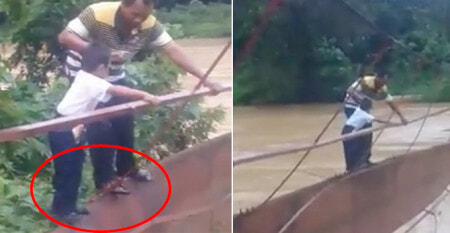