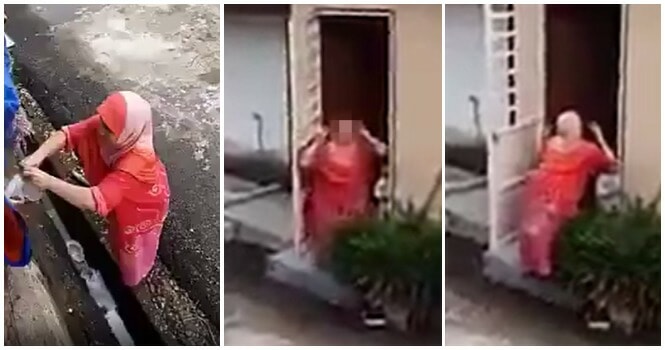 We’ve heard and seen a lot of angry Mak Cik cases lately. As always, there are two sides to the story.

In this episode, we’re taking a look at “The Pipe Problem”.

A video shared by @My_CrimeWatch on Twitter went viral with about 4.8K retweets so far. The video was only just shared on Sunday (11th August)!

In the video, a Mak Cik can be seen tying what looked like a plastic bag around the pipe at the back of her neighbour’s house. 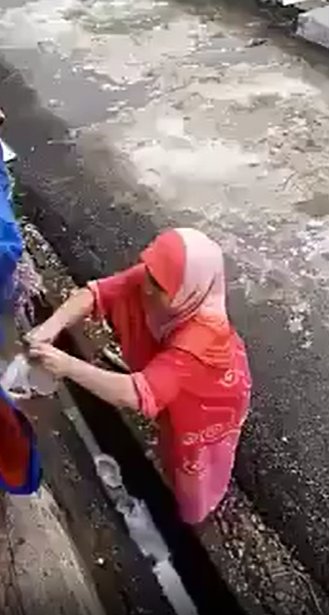 The video was recorded by the Mak Cik’s neighbour, and she was not happy. Her neighbour yelled out “If you can’t live with neighbours, go live in the jungle!”.

The Mak Cik retaliated by making funny faces at her neighbour (who was still recording the whole thing) and the neighbour can be heard saying “I’m going to make a police report.” 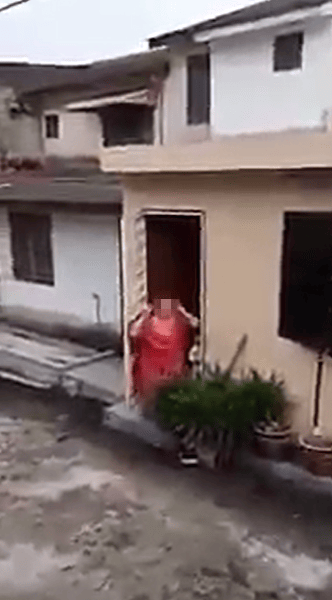 At the threat of a police report, the Mak Cik should have gone back inside her house, right? Instead, the Mak Cik proceeded to shake her butt at her neighbour. 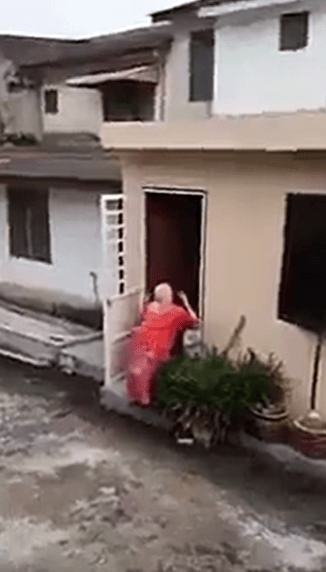 So, now we have two angry Mak Ciks on our hands. You might be thinking – what’s exactly the problem here? Why did this even happen? How even?

Don’t worry, a lot of netizens were confused too.

“What is this? Please explain what the Mak Cik did,” one netizen commented.

“I’ve been scrolling through the replies from earlier but nobody is explaining what exactly the Mak Cik did,” another Twitter user said.

Luckily, a few netizens came to the rescue and explained the situation.

Apparently, the neighbour who was recording the video was allegedly at fault. According to a netizen, the pipe at the neighbour’s house had no extension at the bottom.

So, when water was flowing through the pipe, it would splash on the road and end up flowing towards the Mak Cik’s house. That might have been why she tied the plastic at the bottom of the neighbour’s pipe.

Another netizen shared a piece of interesting info. 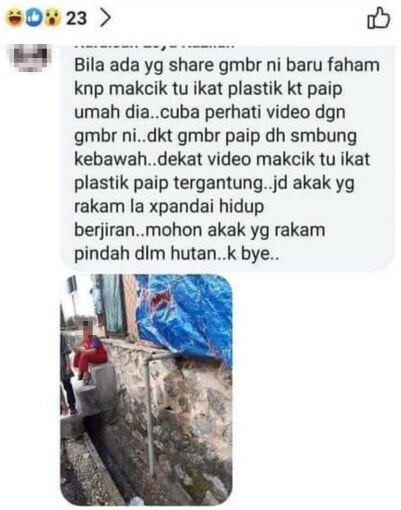 “Once people start sharing this picture, then they can understand why the Mak Cik tied the plastic at her neighbour’s house,” the netizen wrote.

“Watch the video and compare it to this picture. In the picture, the pipe already has an extension, but in the video, the Mak Cik tied a plastic at the end of the pipe.”

So, it looks like when people started sharing this video on social media, the neighbour added the extension to the pipe. 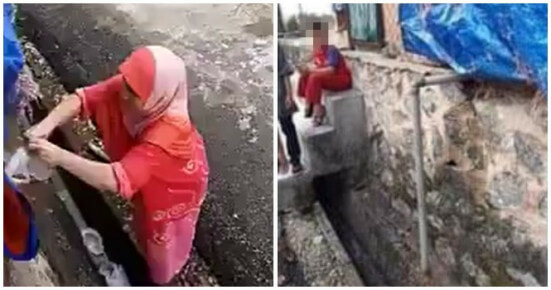 “So the akak (neighbour) who is recording is the one who can’t live with neighbours. The akak who’s recording, please move to the jungle,” the netizen concluded.

Everyone has their own version of the story and there are so many sides to it. Two thing’s for sure though, there’s always more than what meets the eye and almost anything can go viral these days. 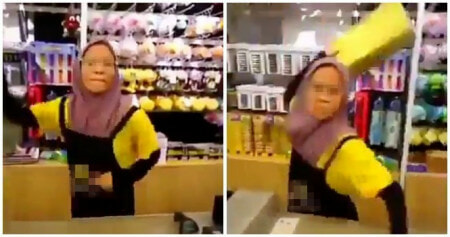