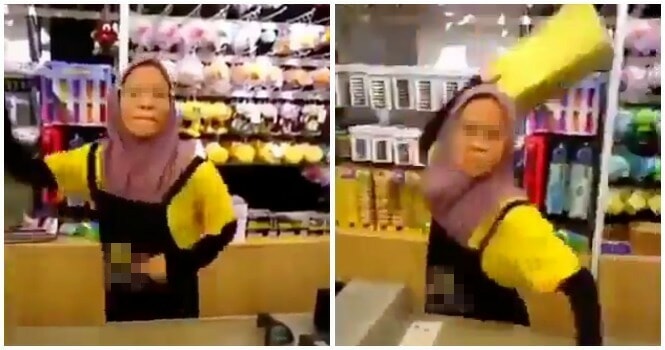 Sometimes, tensions erupt when we’re queuing up at a grocery store to pay or in restaurants when we want to order food. Unfortunately, the frustration can turn into a serious situation.

A video posted by @My_CrimeWatch on Twitter went viral recently. In the video, a cashier from a prominent chain store in Batu Pahat, Johor can be seen throwing a ‘closed’ sign at a customer. 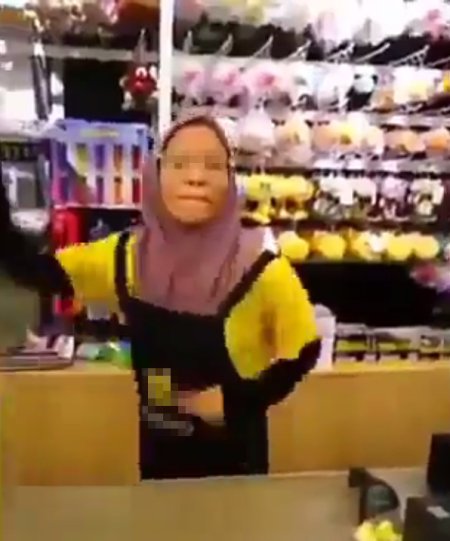 The customer was recording the entire thing and the phone fell to the side when the sign was thrown. 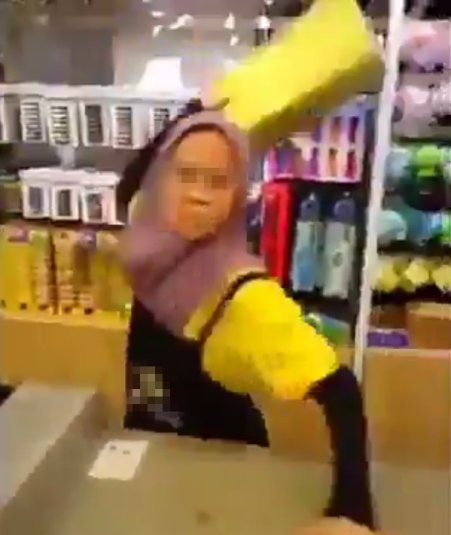 Some of you reading might be still unclear on how the whole thing started.

However, a lot of netizens didn’t buy that story. 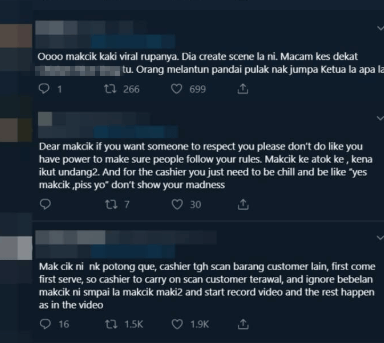 One Twitter user said, “This mak cik is a viral attention seeker. She created this scene.”

A whole other version of the story has since surfaced.

“This Mak Cik cut the queue when the cashier was scanning another customer’s items. So, the cashier continued to scan the previous customer’s things and ignored the Mak Cik’s ranting. Then, the Mak Cik started yelling at the cashier, and she also began to record the video. Everything that happened next is like in the video.”

According to a Facebook post by the customer, the chain store’s representatives and the cashier’s family have met with the customer’s family. They have made an amicable decision to settle this issue peacefully. 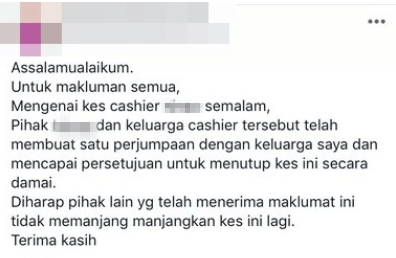 It’s good to know that the situation was settled peacefully. The job of a cashier requires a lot of patience and tolerance. As customers, we should be more understanding and not cut queues. 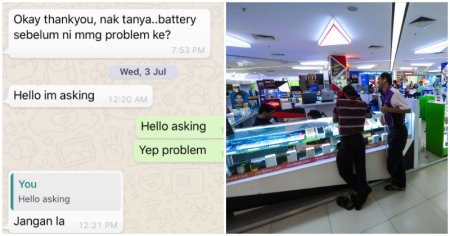