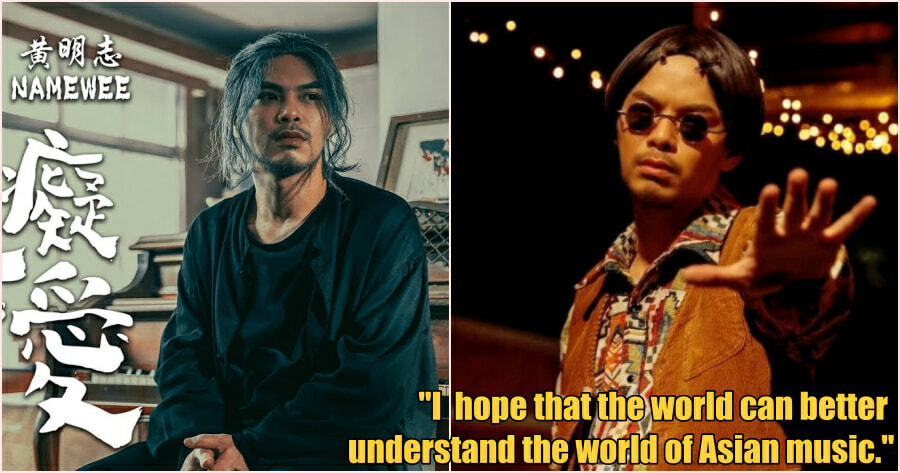 Malaysian director and rapper Namewee has often been featured under a spotlight of controversy for his works which can be rather provocative at times. From facing backlash from BLACKPINK fans for his lyrics to having police reports filed against him.

Although, as a creative, his efforts have been recognised internationally. In a post on 7 October, Namewee announced that two of his music videos (MVs) have won awards at the Rome Music Video Awards. 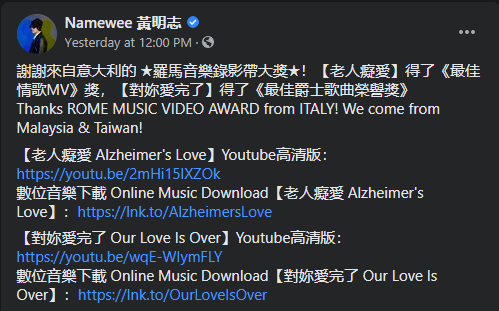 According to his post, his MV for “Alzheimer Love (老人癡愛)” won the award for Best Love Song whilst the MV for “Our Love is Over (對妳愛完了)” won the Best Jazz Song award.

As a cherry on top, “Alzheimer Love” has also won the Best Editing Award at the International Music Video Awards (IMVA).

The Rome Music Video Awards is an international online music festival that was created to symbolise Rome’s history as a capital of culture and art. 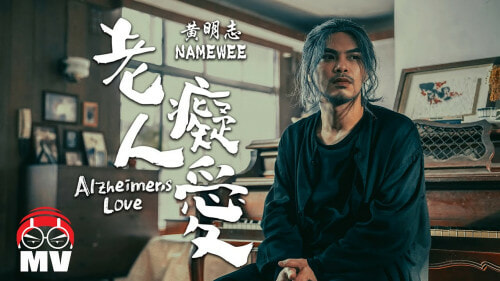 In an interview with Kwong Wah, Namewee (Huang Mingzhi) said, “I have been basing the themes off Asian concepts and it has gained a lot of international recognition.”

“I have always shot my videos in Asia and have hope that the world can better understand the world of Asian music.”

He also explained that he had found it difficult at times as there is no framework to guide him. “I hope to break out of my shell and to head to Africa to shoot different landscapes and cultures,” he added. 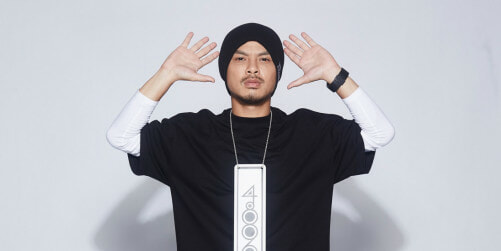 In regards to his two award-winning MVs, Namewee pointed out that he had difficulties in shooting them. For “Alzheimer Love”, he had to get creative in displaying the passing of time.

“When filming, the difference between thirty years ago and thirty years later need to be made in the same place. Everything has to be changed.”

Meanwhile, “Our Love is Over” required many rehearsals to make the video as the music video involved actresses from different races leading to miscommunication issues.

We’re glad to see more and more of the works of our fellow Malaysian artists being featured and highlighted abroad. Congratulations to Namewee for putting Malaysia on the map and we are looking forward to seeing what else you end up producing in the future.

Check out the music videos for “Our Love is Over” and “Alzheimer Love”.

Also read: Did You Know That SOCSO Has A Song That Just Won An International Award In Canada? 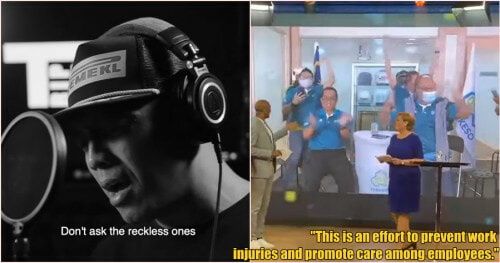