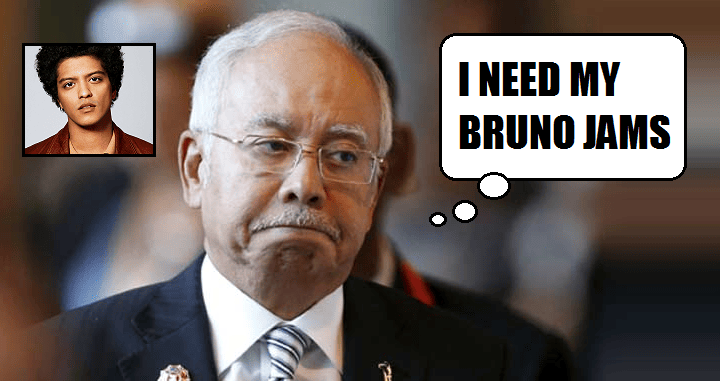 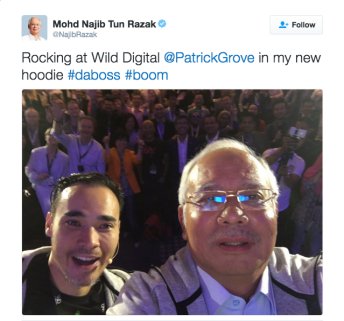 At a question-and-answer session at Wild Digital Conference, Najib described his iTunes collection as a mixture of Bruno Mars and Lionel Richie.

“I also like the people in between, like Lionel Richie and Stevie Wonder and Motown”, he replied when asked by a member of the audience if he purchases music online.

But his personal favourite? 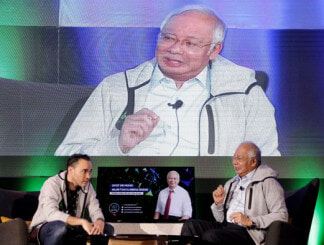 The Pekan MP also revealed in the half-hour session with Catcha Group co-founder Patrick Grove that he listens to “fast Motown” to get him pumped up before Cabinet meetings.

Familiar with this, DS Najib Razak?

The session also saw him talk about his visit to Silicon Valley in the United States previously, where he met President Obama and Facebook CEO and co-founder Mark Zuckerberg. He added his first impressions of Zuckerberg. 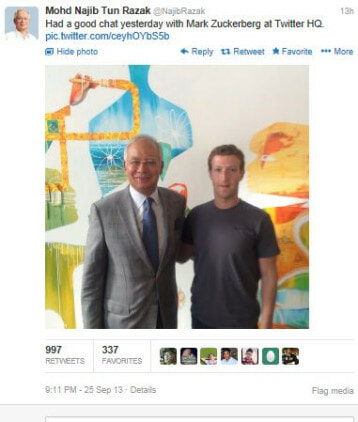 What do you guys think about his remark? Najib made headlines in the past with his infamous tweet of mentioning that he had a great catch up session with Zuckerberg at Twitter HQ.

He also told the audience during a question-and-answer session at the Wild Digital Conference today that he wants to own ‘The Beast’ like Obama’s. He mentioned, “It is more comfortable than my Proton. It feels safe because it is bulletproof and can withstand explosives up to a certain intensity”.

“Probably you can move the 7th fleet with The Beast. A very lovely car, I wish I had one”, Najib added.

Aside from that, he also shared his favourite mobile phone game “Hangman” which he plays when bored during meetings. 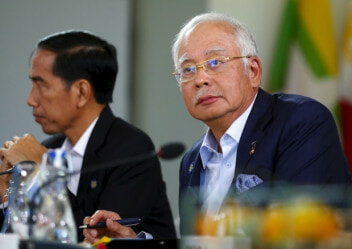 “Is it safe to play Hangman right now?”