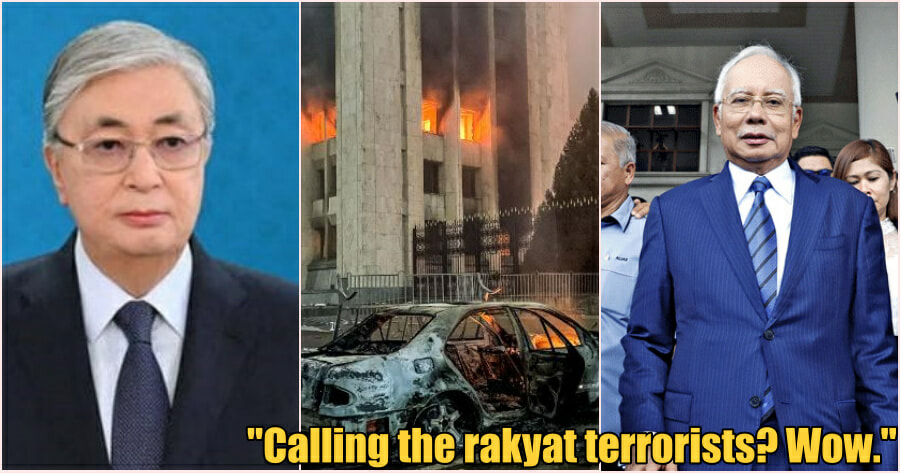 From the start of the year, conditions in Kazakhstan has turned into chaos as there have been plenty of reports of violent protests involving their citizens, the police and the army.

According to Human Rights Watch, the protests were due to a spike in fuel prices as well as general discontent with the government over corruption, living standards, poverty and unemployment.

There have also been countless reports of the deaths of protestors who have had been labelled as “terrorists” by Kazakh President Kassym-Jomart Tokayev who vowed to act “as tough as possible” and ordered authorities to “shoot to kill” all protestors. As situations have slowly started to settle, former Prime Minister Datuk Seri Najib Razak recently congratulated Tokayev for how he dealt with the unrest. In a post on Twitter, Najib writes, “Congratulations Tokayev for conducting counter-terrorist operations and restoring order.”

“Wishing your new government success in bringing peace and prosperity to the people of Kazakhstan. May relations between our countries reach greater heights under your leadership.”

Congratulations President @tokayevKZ for conducting counter-terrorist operations & restoring order. Wishing your new government success in bringing peace & prosperity to the people of Kazakhstan. May relations between our countries reach greater heights under your leadership🇰🇿🇲🇾

The post by Najib has resulted in a whole load of backlash as netizens took to the comments section to express their disapproval over the tweet.

Users criticised Najib for labelling Kazakh citizens as terrorists when plenty of reports have revealed that most are just ordinary people.

One user said, “Supporting the army who have killed citizens for fighting against corruption. Congratulating a president that kills his own people.”

“They are rakyat, not terrorists… the government needs to listen and find solutions,” commented another user.

Some users pointed out Najib’s personal connection with Kazakhstan

A number of users were also quick to say that Najib is only congratulating Tokayev as he has a personal attachment to him.

One user pointed out that President Tokayev is the hand picked successor of the previous President, Nursultan Nazarbayev who is also the uncle of Najib’s son in law.

“Of course he would support him,” said another user. 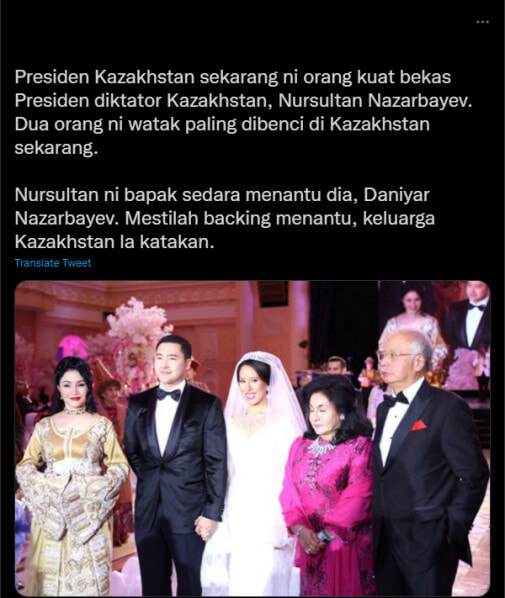 “You are telling that the citizens of Kazakhstan are terrorists because they are fighting inequality and a corrupt government. I’m not surprised. Why?”

“Same birds flock together. And your son-in-law has interest with the current corrupt Kazakhstan administration,” said a user. 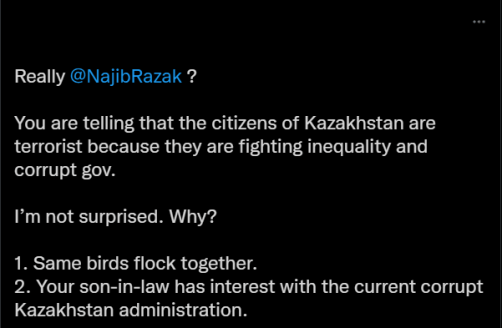 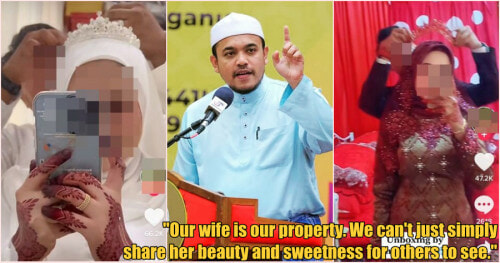