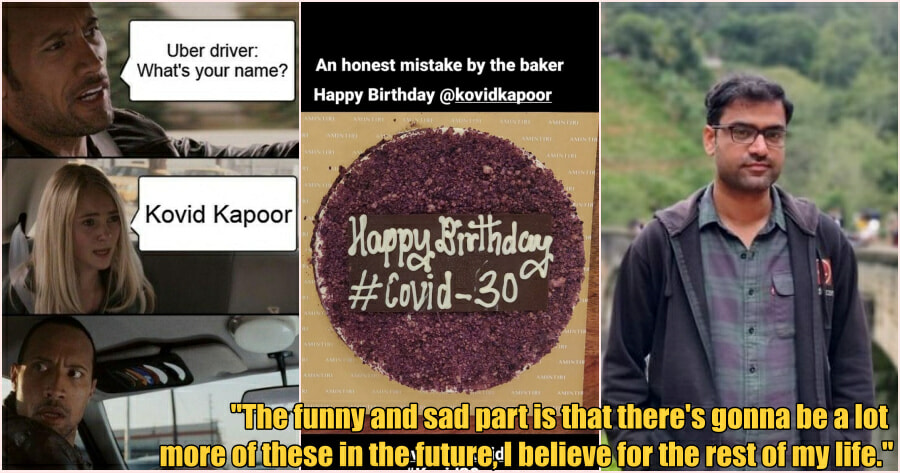 Having a common name is no longer in fashion and people have started naming their children after events that have happened, including floods as well as the Covid-19 pandemic.

But what happens to those who are stuck with a name that has now become part of the norm?

This is the story of a man from India named Kovid Kapoor, who had his share of the limelight after recently sharing some hilarious name related experiences on Twitter.

One of Kovid’s tweet recently went viral as he detailed his experience as he travelled outside of India for the first time since the pandemic started.

“Went outside India for the first time since Covid and got a bunch of people amused by my name. Future foreign trips are going to be fun!”

In his tweet, Kovid also explained that his name’s origin is from a Hindi religious poem called Hanumaan Chaaleesa and that the name means scholar and learned person.

“Which was always such a beautiful name! But now has a totally different dimension to it,” said Kovid.

Kovid who lives in Bangalore, also runs a travel startup called Holidify, which is India’s largest travel content platform. “Which is also a little ironic, since I have to be the Kovid that’s promoting travel right now!”

Following the viral tweet, Kovid went on to share a couple of funny name related incidents which have happened to him these past 2 years.

One of them was the cake for his 30th birthday. “For my 30th bday, my friends ordered a cake – and Amintiri (a local cake shop) automatically assumed that it’s some kind of a joke, and it should be spelled with a C not a K.” 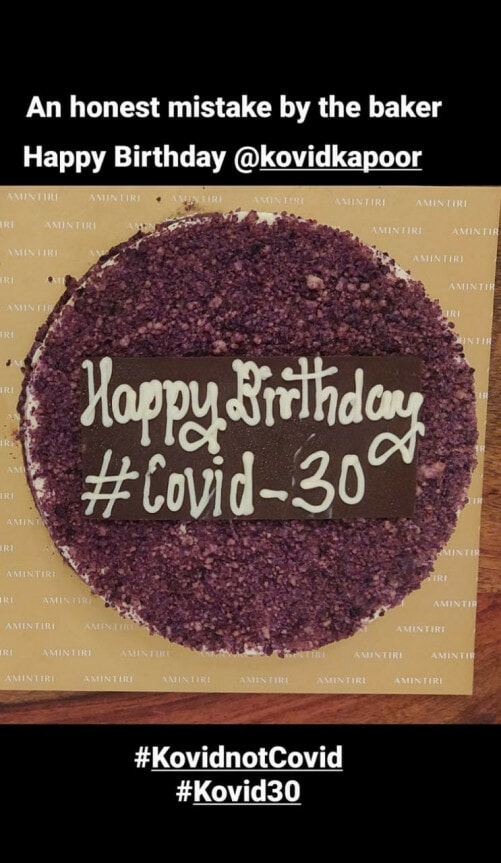 Another instance is whenever he happens to be drinking Corona beer. “The Kovid + Corona joke that no one ever seems to stop talking about,” said Kovid. 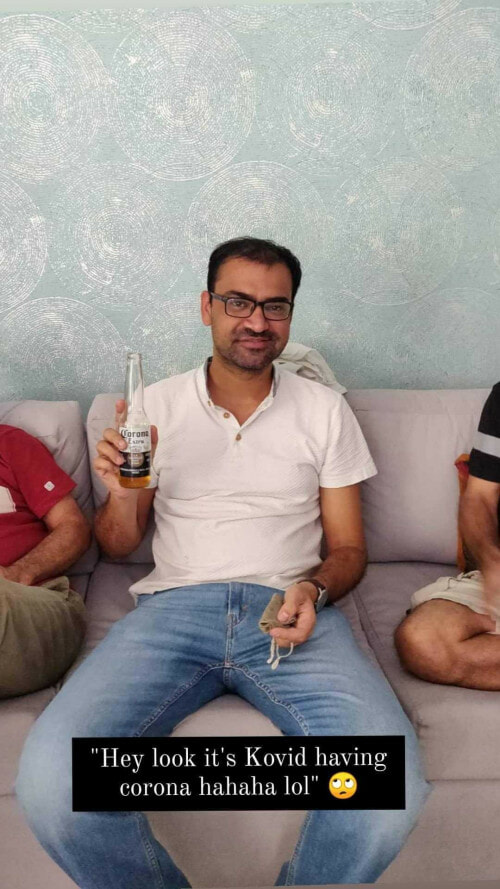 “At Starbucks, the guy handing me the coffee pointed out the name to everyone else and they burst out laughing. I mostly use a fake name now.” 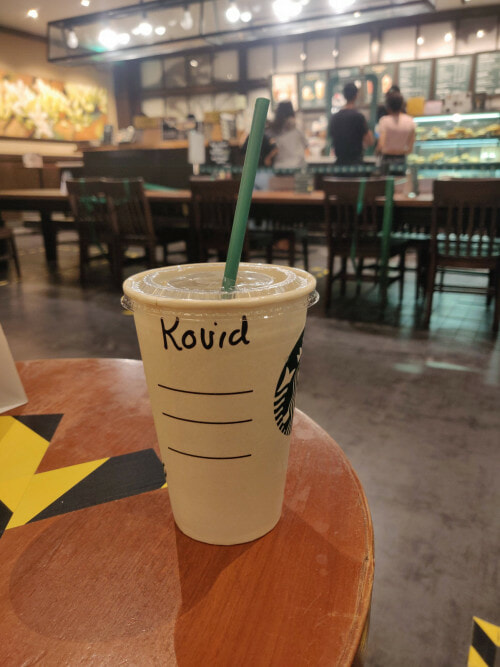 “When Google thought that I misspelled my name, in my own Gmail,” said Kovid. 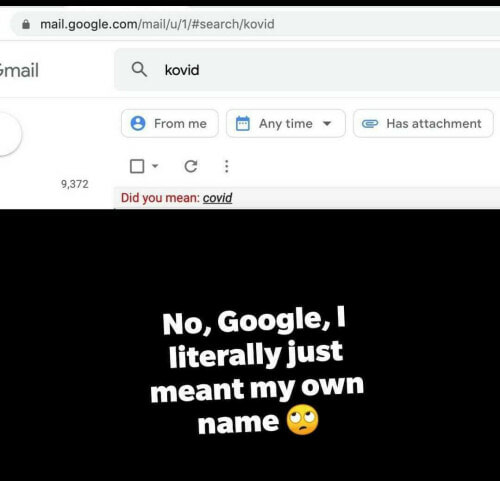 “Apart from these, there have been tons of funny micro-interactions, with Amazon delivery guys, with electricians, at airport security, at hotel check-ins,” he added.

“Anyway – life threw me (and all of us) a sour lemon, I just decided to take it all in good humour and make some lemonade out of it. Thrilled at how viral the main thread got, feel like a mini celeb for a few hours.”

“The funny and sad part is that there’s gonna be a lot more of these in the future, I believe for the rest of my life,” said Kovid.

His friends even made memes of him!

Apart from the hilarious interactions he’s had with others due to his name, there have also been a number of memes made of his name. 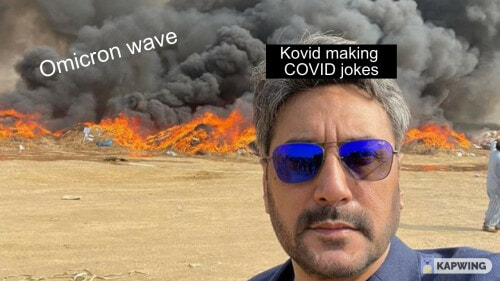 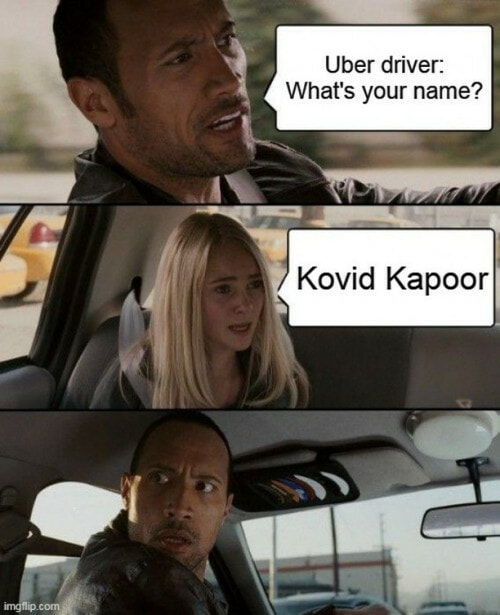 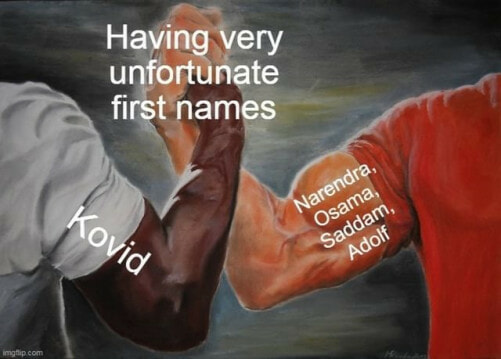 Kovid’s tweets and sense of humour has put a smile on everyone’s faces despite the once again, increasing threat of Covid-19.

To read more about his experiences, check out his Twitter.

What do you think of his name? Let us know in the comments. 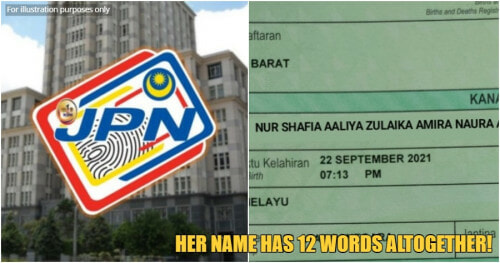