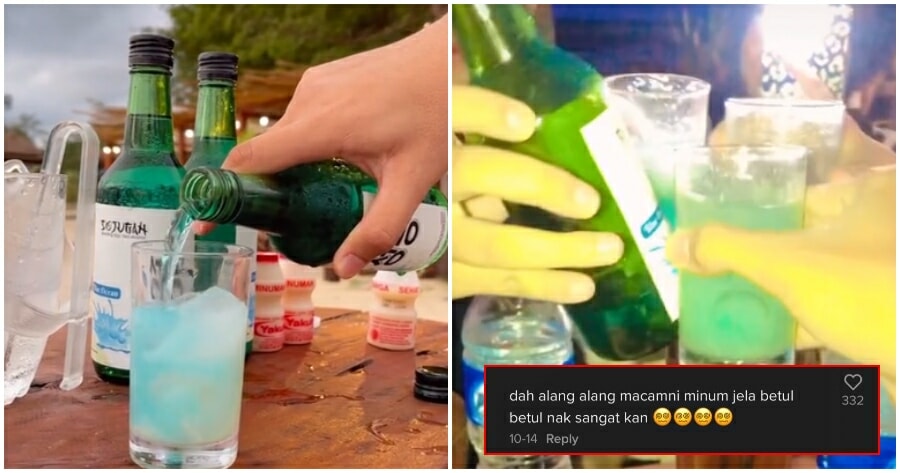 Social media is often a safe haven where people have the freedom to express themselves as creatively as they want. However, sometimes the smallest error might lead to backlash and criticism from viewers.

From saying something wrong to providing inaccurate information, once someone makes a mistake, they must get ready for any backlash from netizens.

A TikTok video posted by Indonesian user @Berry118 a few days ago caught plenty of attention and even received a fair bit of backlash from netizens as it featured what seems to be Muslims making Soju cocktails. 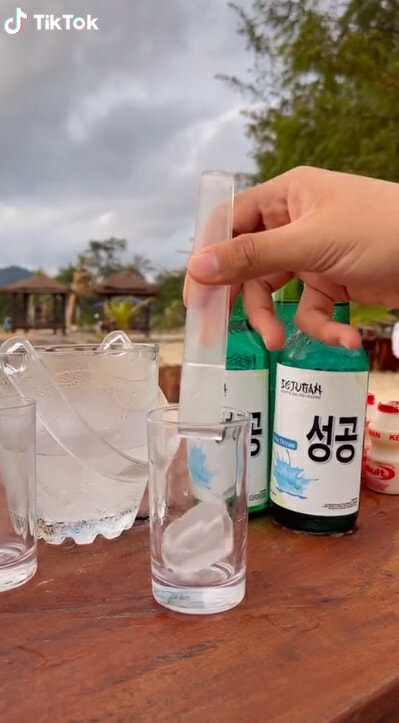 The caption of the video reads, “Stay halal brother” which resulted in a huge misunderstanding.

The video featured a group of friends including some of them who wore hijabs, preparing “cocktails” of a combination of  Yakult and what appears to be “soju”. It then transitions to the group of friends clinking their glasses with one holding up the bottle of “soju” and enjoying the rest of their day on a beach.

After noticing that the group of friends are Muslims, TikTok users proceeded to criticise the groups’ actions for drinking an alcoholic drink which appeared to be soju as well as the act of clinking their glasses. 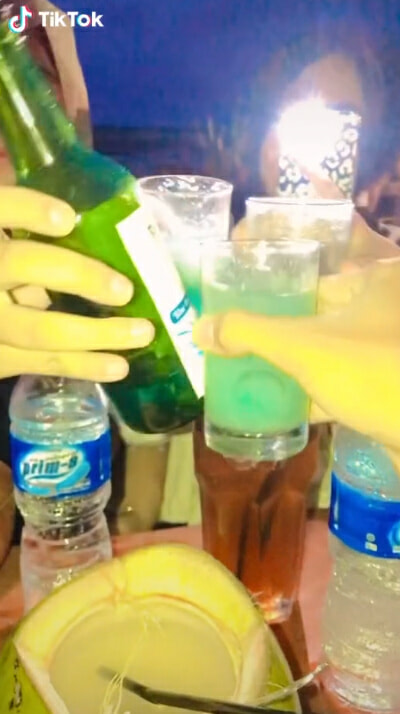 Netizens divided over the TikTok video

With the image of the bottled beverage closely resembling a bottle of soju, netizens were displeased and expressed their thoughts in the comment section.

“Day by day alcohol is nothing (for Muslims) hmmm…”

One TikTok user commented, “Which part of soju is halal, it’s haram. Even if the alcohol content is low or even zero, but the base still contains original soju,”

Another user expressed their thoughts saying, “Since when did alcohol become halal, soju is alcohol you know,” 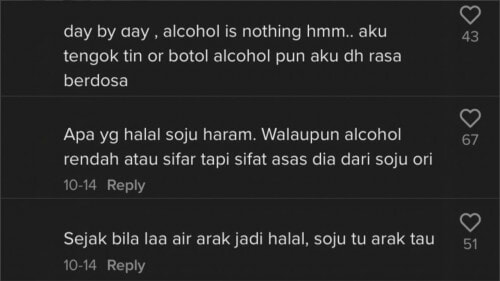 Even after knowing the fact the beverage is halal, another group of netizens argued over the act of clinking glasses in the video.

“The intention was already wrong in the first place.”

One user stated that even if the drink is halal, but clinking glasses similar to how people drink alcohol is still not allowed.

“The drink is halal…but the way they clinked glasses made it haram,” said another user. The TikTok user continued to say that there is no argument and for those who do not know about this they should “go learn” because this act was mentioned in the hadith. 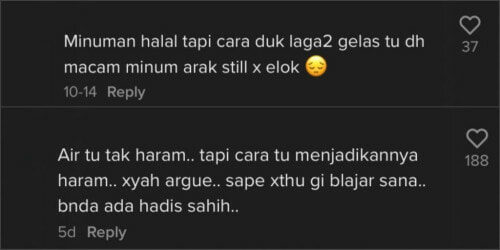 The backlash came even after the fact that another user had clarified that what they were drinking was a drink called “Sojugan” which is an ordinary non-alcoholic soda but had a similar-looking packaging to its alcoholic counterparts.

“Don’t be lazy and open Google. Search for ‘Sojugan’. Yes, there is a halal version which has no alcohol,” explained another user.

Another user explained that there are two types of Soju; Halal and non-halal. The user continued by explaining how the bottle of the non-halal version is much slimmer than the one in the video. 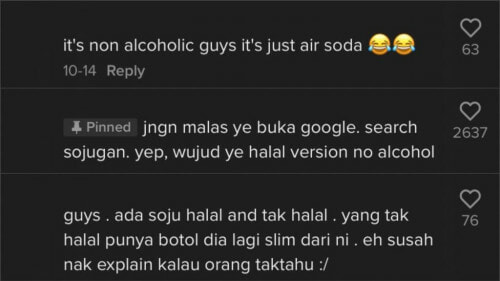 You can check out the full video on Berry118’s TikTok.

Also read: PAS Wants Local Whiskey ‘TIMAH’ To Rebrand As The Name May Cause Confusion For Muslims 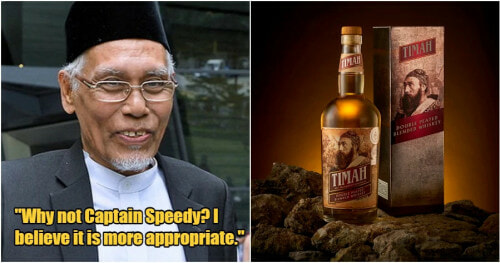