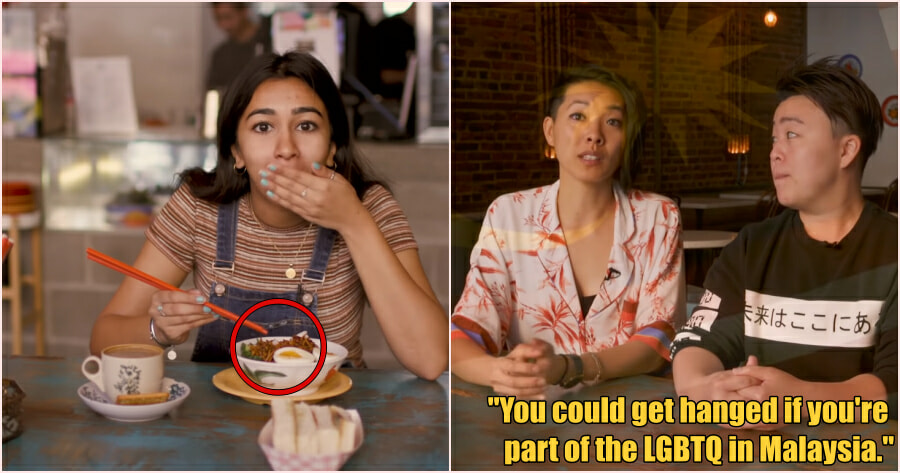 Recently a video posted by Food Insider, a food-related media company, grabbed the attention of Malaysians as it featured a Kopitiam in New York! Although the video was filmed and posted a couple of years ago, it was recently reposted on their social media platforms. 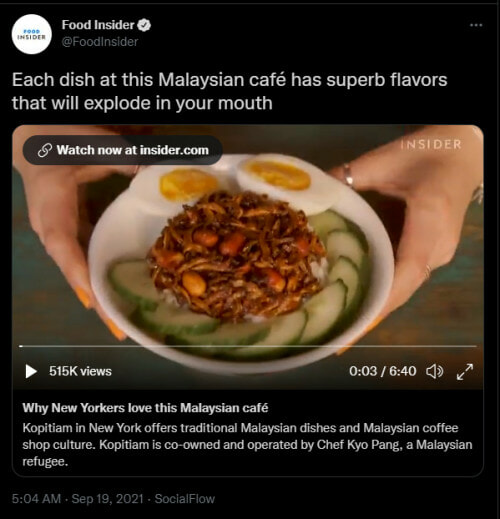 Although many Malaysians were overjoyed to see a Malaysian-styled kopitiam doing well and having such great reviews from its customers in the US, many were quick to criticise some of the things that were shown and said in the video.

Malaysians were quick to share multiple complaints that were food-related in relation to the restaurant’s nasi lemak. One of the main issues was that the narrator of the Food Insider video mentioned that the nasi lemak was made with white rice instead of coconut rice.

Another issue was the fact that the host of the video, dug into her bowl of nasi lemak with chopsticks instead of the standard cutlery. 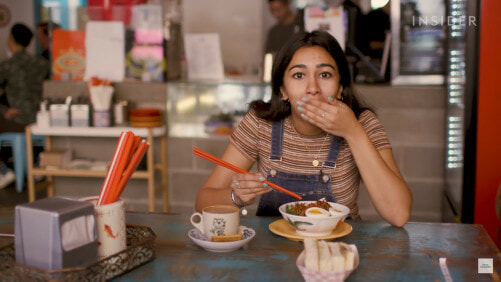 This of course drew Malaysians to flood the comments of Food Insider’s post ridiculing the fact that the host can be seen eating nasi lemak with a pair of chopsticks.

One user said, “I’m so mad after seeing that she’s eating nasi lemak with chopsticks, please use a spoon when you eat rice.”

Aside from the food-related criticism, in a segment of the video which featured an interview with founder Kyo Pang and her business partner Moonlynn Tsai, Kyo explained that after going to the US in 2008 for her studies, she chose to seek asylum from Malaysia “as it is illegal to be gay in Malaysia” as said by the narrator.

Business partner, Moonlynn then went on to say that, “Being rated on of the top restaurants in America, brings a lot of pride to Malaysia.”

“Since you can get hanged if you’re part of the LGBTQ in Malaysia, so a Malaysian restaurant ran by two queer women is also a statement.”

This drew a lot of criticism from Malaysians who pointed out that the comment was inaccurate and uncalled for. 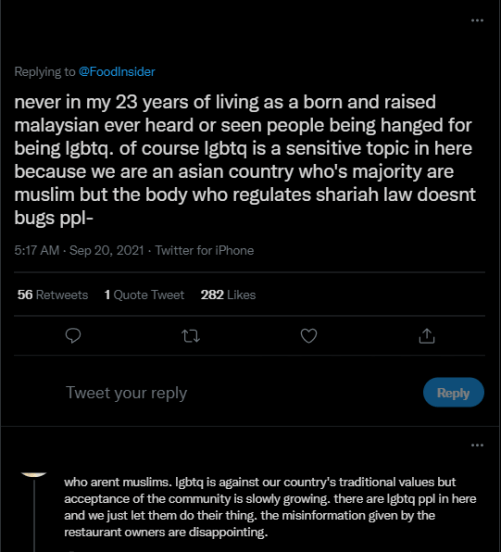 With the Food Insider post garnering plenty of attention and criticism from netizens, Kopitiam has since then issued a statement via Instagram to clarify the situation. 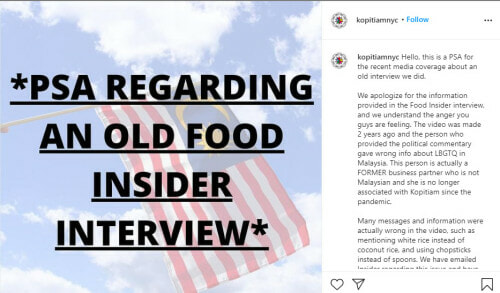 The statement reads, “We apologise for the information provided in the Food Insider interview, and we understand the anger you guys are feeling. The video was made 2 years ago.”

“The person who provided the political commentary gave wrong info about LBGTQ in Malaysia. This person is actually a FORMER business partner who is not Malaysian and she is no longer associated with Kopitiam since the pandemic.”

They then went on to explain that the video by Food Insider gave off many messages and information that was incorrect, “Such as mentioning white rice instead of coconut rice, and using chopsticks instead of spoons.”

“We have emailed Insider regarding this issue and have been waiting on them to take down the video and to correct this mistake,” they added. 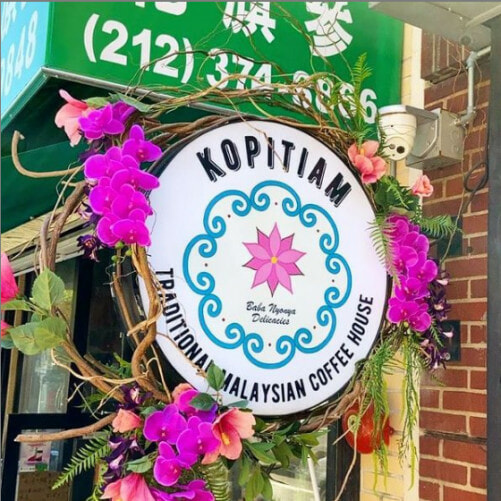 The statement also noted that the founder, Kyo Pang is always proud to be a Malaysian, hence why she wanted to introduce more people about Malaysian food that’s very underrepresented.

“The misunderstandings were NOT intended and we apologize that the video was still uploaded.” 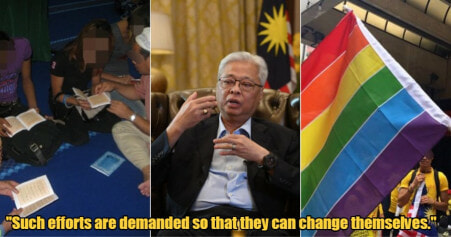