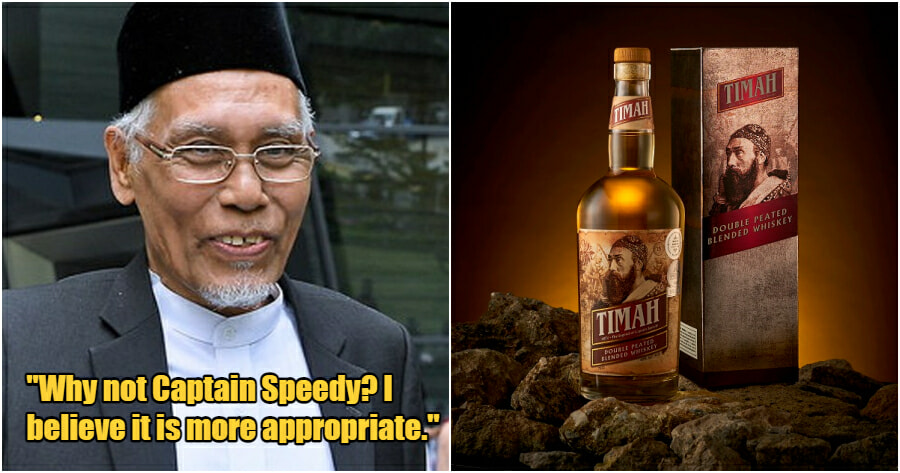 “An outstanding spirit that displays refinement, finesse, and complexity.”

That was how a local whiskey brand, known as TIMAH was described upon winning the silver medals at both International Spirits Challenge 2020 (ISC) and the Annual San Francisco World Spirits Competition 2020 (SFWSC). However, not everyone in our country shares the same enthusiasm over this victory.

Recently, the Penang Mufti expressed his take on the branding as he is concerned that the name TIMAH may stir up controversy among Muslims. This is because the branding closely resembles the name “Fatimah“, which is also the name of the daughter of Prophet Muhammad. 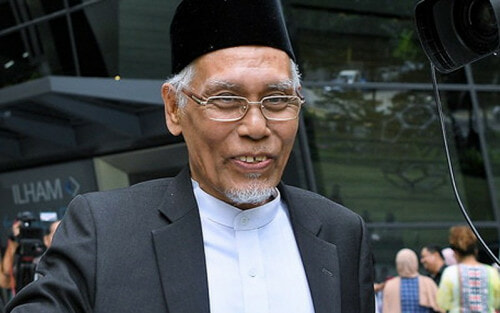 “Why not Captain Speedy? I believe that is more appropriate,” said Wan Salim Wan Mohd Noor, who wants the name to be changed in order to avoid more confusions in the future.

In the meantime, the branding also does not sit well with Mohd Nor Hamzah from the Malaysian Islamic Party (PAS). He wants the public promotion and sales of any alcoholic beverages to cease as it may invite negative and unwanted impacts to the society, especially on the youngsters, reported Sinar Harian. He also thinks that the advertisements for any alcoholic products should adhere strictly to the given guidelines. 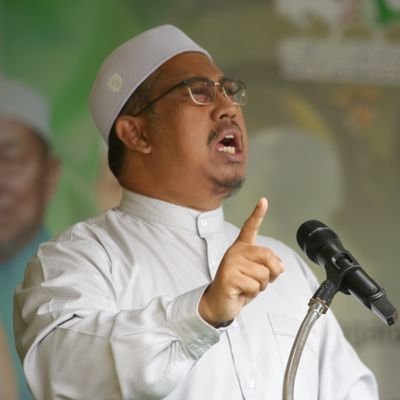 According to Harakah Daily, PAS wants TIMAH out from the market not just solely because of the branding, but generally on the reason how alcoholic products have led to repercussions such as alcoholism and traffic accidents, regardless of race and religion. The image of the bearded man wearing headgear may also appear as a religious man, which may cause confusion among Muslims.

Following this incident, TIMAH has taken to their Facebook account and release a statement regarding this matter. 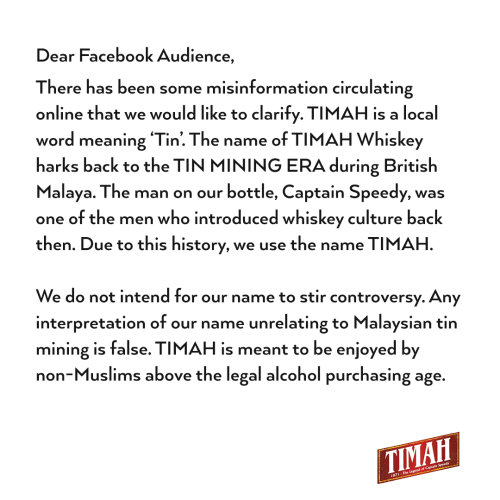 In the statement that was released, TIMAH assured that they do not have any intentions to cause any controversy over the branding and the product is only meant to be consumed by non-Muslims.

Of TIMAH and Captain Speedy

As explained in their statement, the name TIMAH is a reference to tin mining during the old Malaya era when the place was still colonized by the British Empire. If you look back in history, Malaya used to be one of the largest timah (tin) producers during the 19th century.

If you’re wondering why Captain Speedy was brought up by the Mufti, that is because the bearded man on the bottle is actually Captain Tristam Charles Sawyer Speedy, whose name is also imprinted on the bottle, just below his picture. 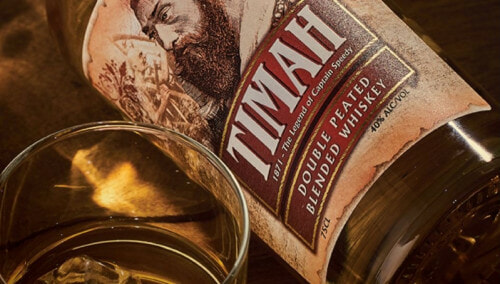 Also read: Drunk Man Joins Search Party For “Missing” Person Not Realising They Were Searching For Him! 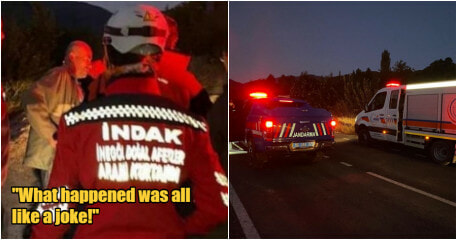