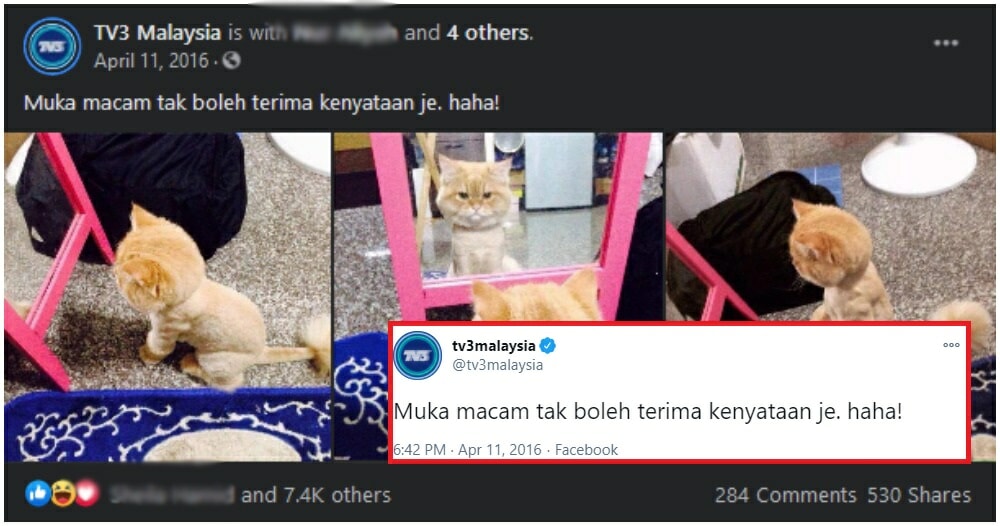 On 12 January, the Malaysian Communications and Multimedia Commission (MCMC) were exposed on social media for allegedly buying their account from a Twitter user five years ago, which then became MCMC’s official account as it already had over 50K followers.

Netizens questioned the double standards of MCMC as just hours after reminding Internet users to watch their language online, netizens found some old tweets that were not scrubbed containing foul language. With this incident fresh in their minds, netizens were already on high alert.

So you can imagine their surprise when they found a tweet from 2016 on the TV3 Malaysia official account that seemed suspicious.

“Your face seems like you can’t accept fate. Haha!”

Unsurprisingly, netizens immediately questioned if TV3 also bought their account as MCMC did and simply forgot to scrub it. Some netizens even decided to dig through a few of TV3’s old tweets but to their dismay, they couldn’t find any.

After some digging, a Twitter user pulled up a Facebook post from the same date, and as it turns out, the tweet was made in regards to a cat! However, the admin of the Twitter account made a mistake and only tweeted the statement without actually posting up the pictures of the culprit catto as well.

The culprit of the tweet was referring to a catto who couldn’t stop staring at himself after getting only his body fur shaved off! While netizens were relieved there wasn’t another scandal brewing, some were undoubtedly a little disappointed as they expected to see more tweets from TV3’s past.

Government officials everywhere are probably frantically going through their Twitter accounts to find any “sus” tweets. Malaysians who are quarantined during the MCO should NOT be taken lightly! 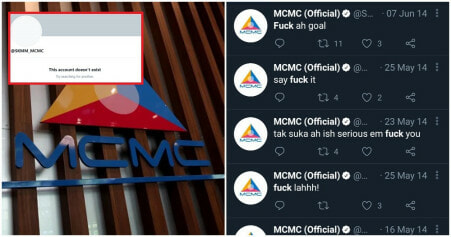