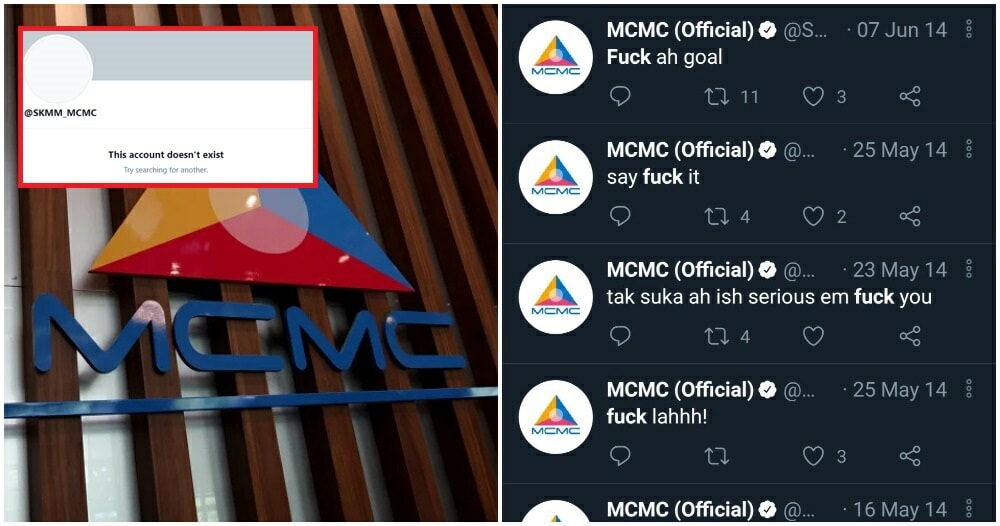 “F*ck you, C*bai, B*bi, K*ling”! These were among some of the tweets found in the official MCMC account from back in 2014!

Yesterday (12 January), Malaysian Communications and Multimedia Commission (MCMC) released a statement reminding users to always remain polite when they’re expressing their opinions online. They also mentioned that MCMC will be monitoring to curb any false information being spread and foul languages involving the 3R which are Royalty, Religion, and Race.

However, surprisingly, it was MCMC’s account that was suspended a few hours later following a statement where they said that the MCMC official Twitter account has been hacked by irresponsible people. 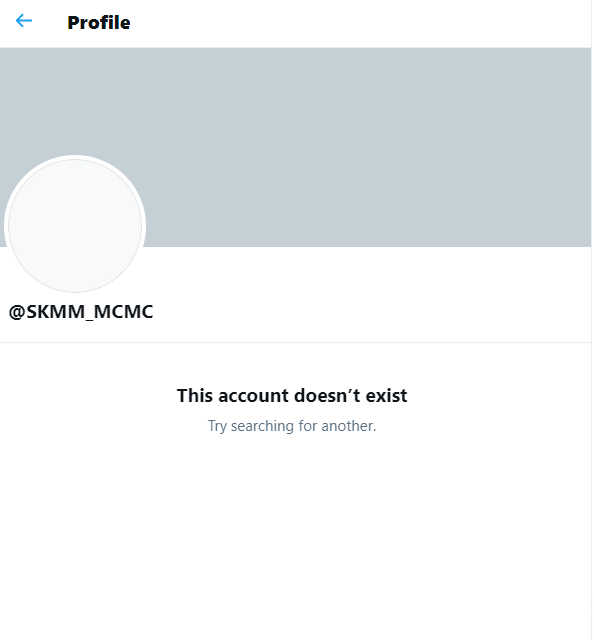 However, Twitter users did some digging and unearthed some old Tweets from the account which dated all the way back to 2014, and let’s just say the language used in those tweets weren’t..pretty. 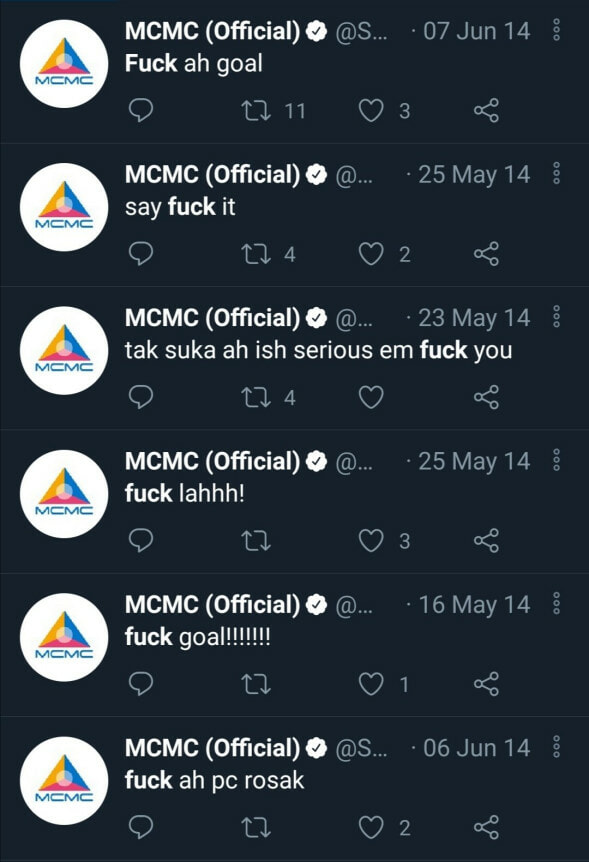 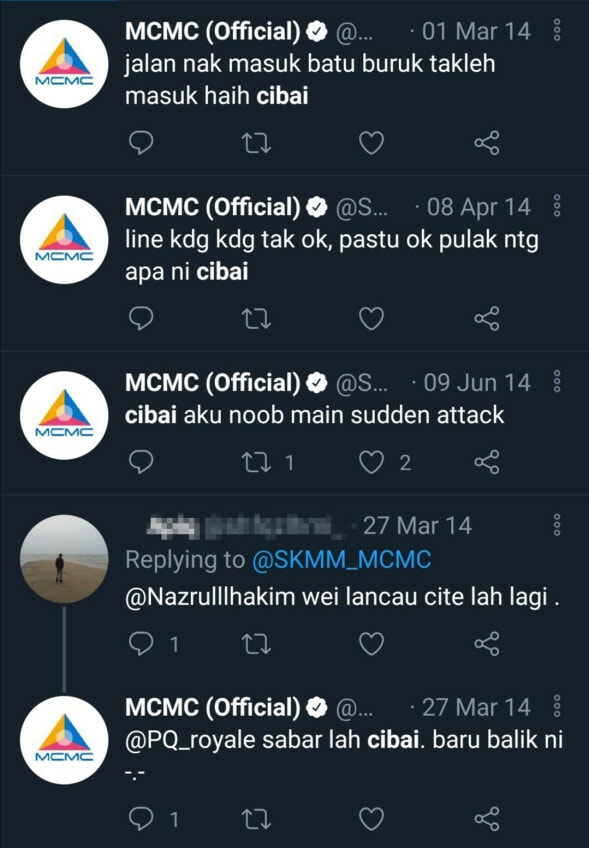 After further investigations, it was found that the account was previously owned by a then 16-year-old Hazrul Hakim whose account was sold off. The account then became MCMC’s official account as it already had over 50K followers.

Speaking to Sinar Harian, Hazrul said he was unaware that the account he sold was to become the MCMC official account. The account was sold for approximately RM1,300.

“All school students would definitely want money right? So I sold the account to another Twitter user, @SaidOsem.”

As of now, the account @SaidOsem doesn’t exist on Twitter and may have been suspended. Netizens on Twitter called out MCMC’s hypocritical attitude especially since buying and selling accounts violates Twitter’s Terms of Service. 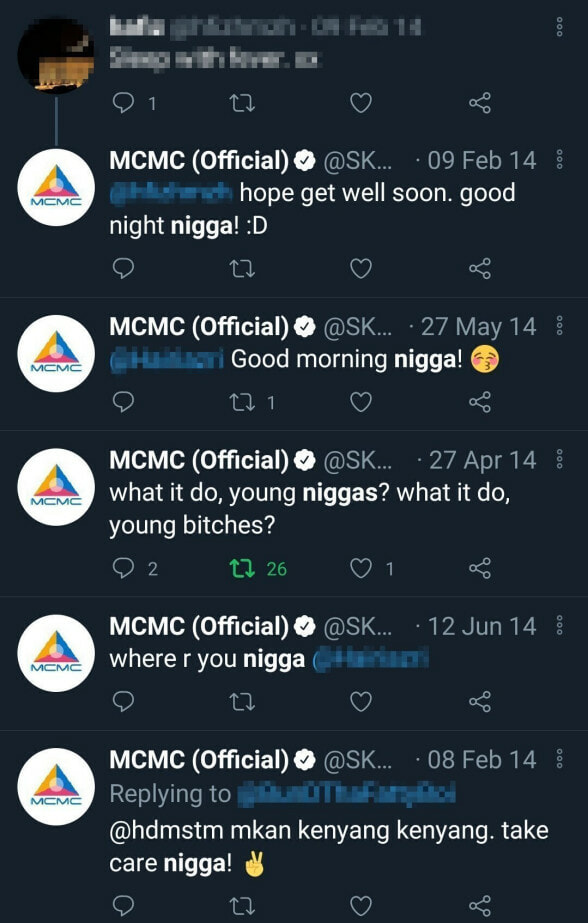 In their statement, MCMC reminded users to not be influenced by the suspicious and derogatory messages. They also reiterated that the tweets weren’t made by MCMC. 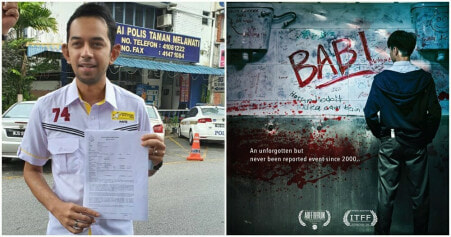