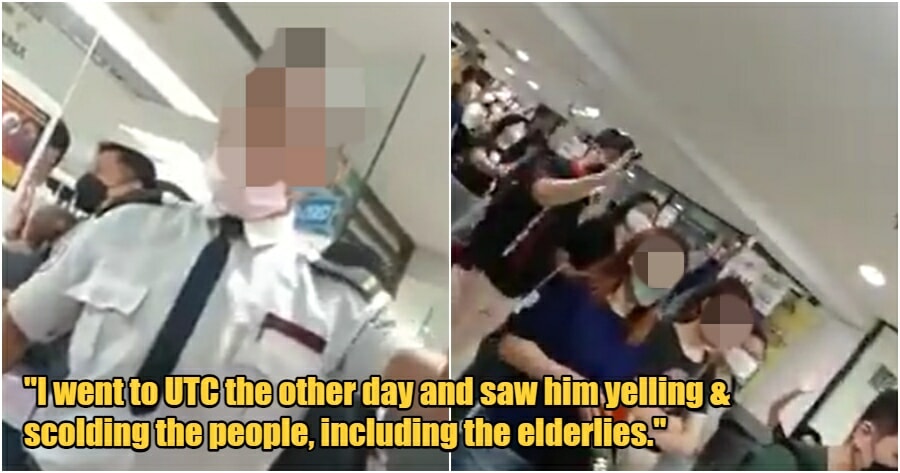 Renewing your passports, IC or any official documents can be time-consuming especially when there are crowds waiting at the office.

On Saturday (14 May), a security officer from Urban Transformation Centre (UTC) in Pudu Sentral found himself under fire after threatening & intimidating reporters who were surveying the long queues at the centre, according to Guang Ming Daily.

After realising the presence of the reporters, the security officer insisted that they leave the building before counting from 1 to 5 loudly. Prior to that, he informed them that taking pictures and recording are not allowed without any approval & permission from the authorities.

“I’m on duty here! Leave before I call the police. Get out!” he yelled at the reporters. 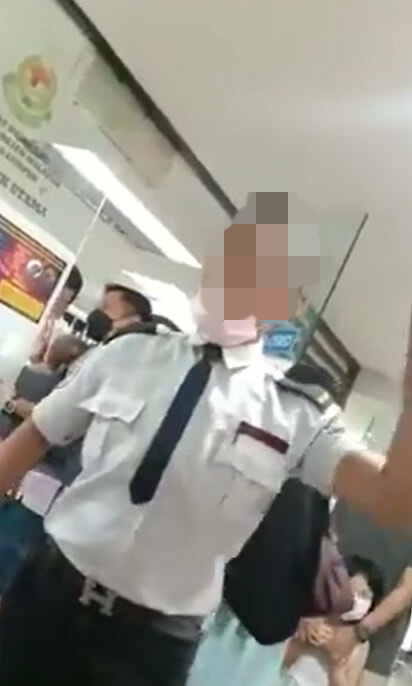 The reporters were there following numerous complaints from the public. As the guard was shouting, some people at the scene also protested and blamed the security guard for his way of handling the crisis.

You can watch and listen to the full clip below.

UTC, PUDU🤔🤔🤔Gangster or Security Guard?The people standing there are the ones paying ur salary, perhaps you should get another job instead.流氓还是保安人员?在排队等候做护照都是你薪金的来源,还大小声赶人,这份保安工作不适合你这种没脑的流氓.

Posted by 我们是马来西亚人 We are Malaysians on Saturday, May 14, 2022

It did not take long for the video to go viral and Malaysians have mostly expressed their anger toward the security guard who they think should have handled the situation better.

Surprisingly, some visitors of UTC Pudu have also shared their experience of being intimidated by the very same security guard. 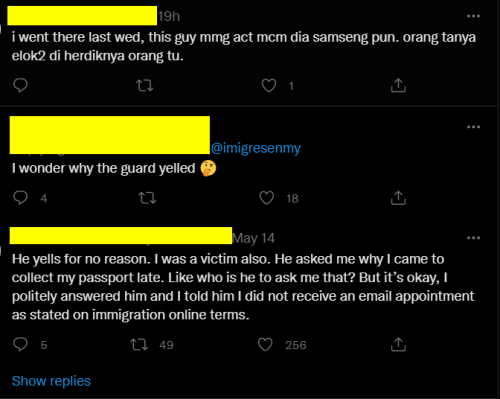 “I went there last Wednesday. He did act like a gangster. He scolded the people who asked him questions nicely.”

“I went to UTC the other day and saw him yelling and scolding the people, including the elderlies. He could’ve spoken nicely.”

In the meantime, others have also said that the security guards should’ve known his place and not resorted to yelling. 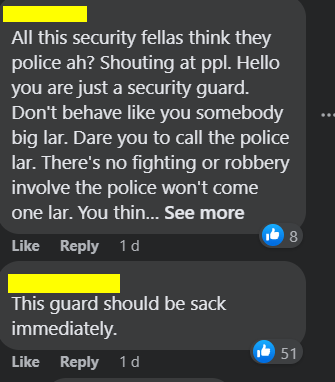 As of today (16 May), the Malaysian Immigration Department has yet to make an official announcement on the incident that took place 2 days ago.

How do you think the security guard should have handled the crisis better? 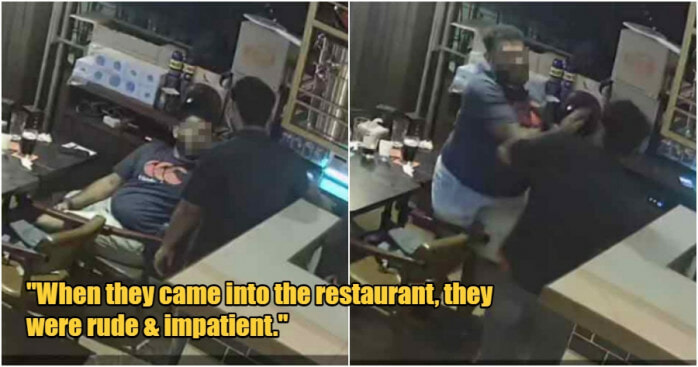