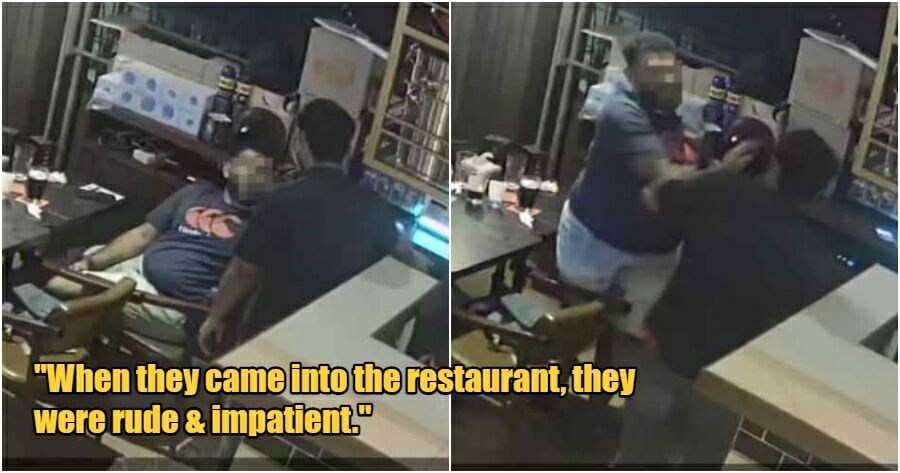 The customer is always right. But in this situation, you may want to rethink that again.

On 13 March at 10:30 pm, a Bangladeshi bartender at a restaurant in SS15, Subang Jaya had to endure an embarrassment simply because he could not fulfil the request of a customer. While the bartender was doing his work, he was called by the customer who requested them to play Indian songs.

However, as the music player in the restaurant had been set earlier to play the songs accordingly, the bartender could not fulfil the customer’s wish. When his request was rejected, he immediately stood up and slapped the bartender!

According to an interview with China Press, the manager of the restaurant, Lee said that the customer came with another friend to have a drink. It was revealed that when both of them came into the restaurant, they behaved rudely and were impatient.

After the customer slapped the bartender, his friend immediately went to the counter and paid for their drinks before pulling his friend out of the restaurant. Lee also said that the Bangladeshi bartender has been working with them for over 4 years and has maintained a good performance.

After the incident, Lee brought the bartender to the nearest police station to lodge a report.

“I hope that the police will look into this matter so that the bartender can get his justice,” Lee told China Press.

You can watch the CCTV recordings of the incident below.

Regardless of the reasons, the bartender definitely did not deserve such mistreatment. As a customer, if you’re unhappy, you can simply lodge a complaint to the manager in a civilised manner.