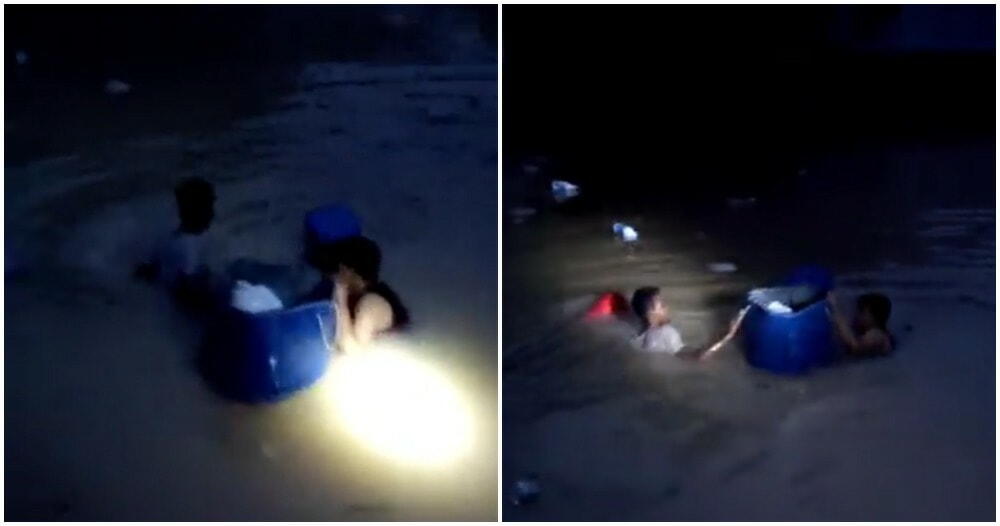 More and more flood victims are sharing their heartwarming stories of being helped or rescued by foreign workers during last weekend’s disastrous ordeal.

One netizen by the name of Atiqah who was stuck in Taman Sri Muda shared on Twitter that the one who came to their aid is actually their Myanmar neighbours from across.

Atiqah told us that the videos were all filmed on Sunday, 19 December. Including Atiqah, there were about 5 of them stranded on the 2nd floor in a house located in Taman Sri Muda.

Their foreign neighbours came to their aid

At that time, they were famished, so they decided to put up a white flag. After seeing that, their Myanmar neighbours swam across and asked if they wanted instant noodles and if they do, they will swim and buy for them. 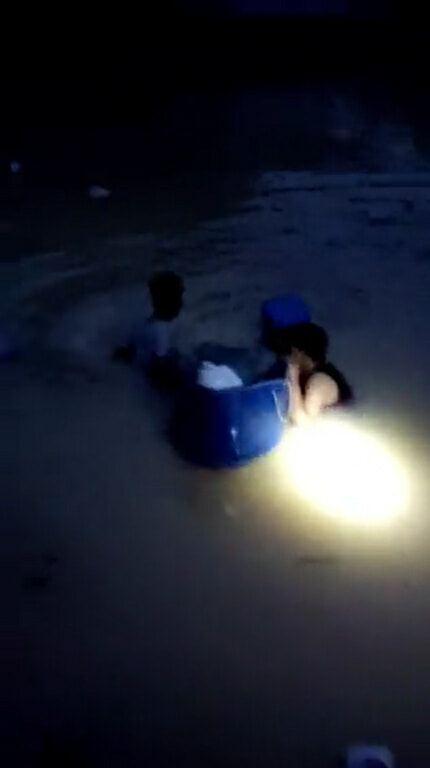 After the Myanmar neighbours came back from the store, 2 of them swam towards Atiqah and gave them some packaged bread and cakes.

The women tried to refuse it as they had already eaten but the selfless foreign nationals insisted that they take them so they would not be hungry. This is so sweet! 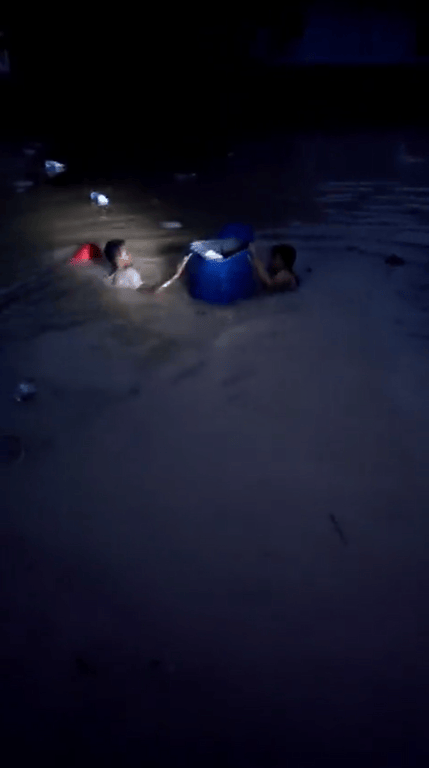 Earlier in the day, Atiqah and the others were talking to their foreign neighbours and they mentioned that they managed to bring their gas cylinder upstairs but not their stove.

Hearing that, the neighbours then swam and lent them their stove. In the process of swimming, a part of the stove fell out, one of them realised it and dove down to get the part. 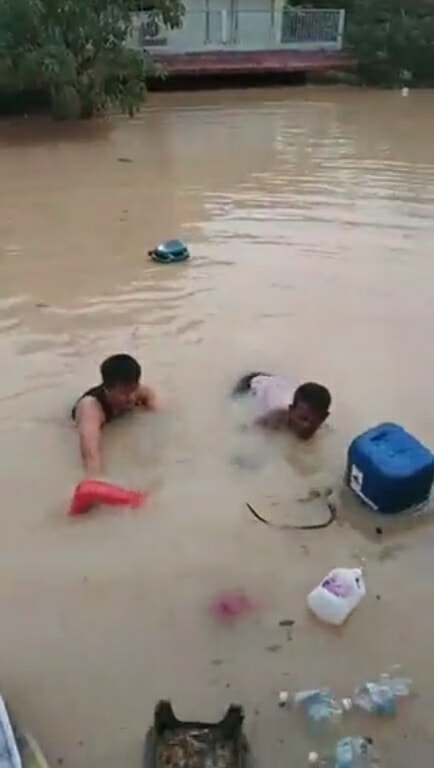 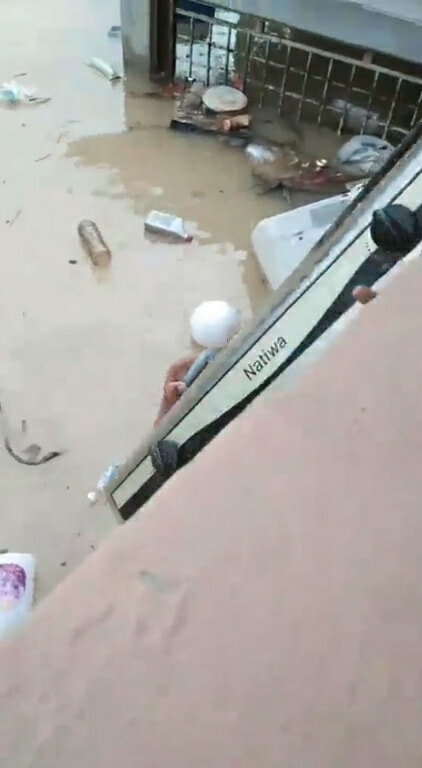 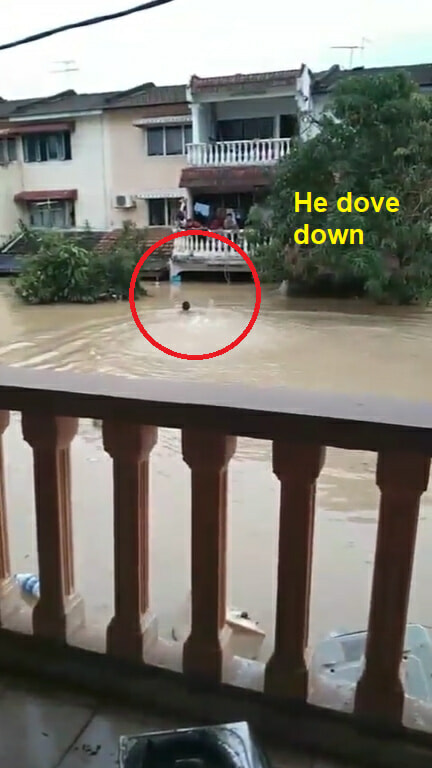 After seeing that, Atiqah said:

“At that time, I felt so useless as I did not know how to swim and I don’t know how to find food when hungry.”

Atiqah & her friends were there to celebrate her birthday

Speaking to WORLD OF BUZZ, Atiqah said that her group of friends wanted to celebrate her birthday at their friend, Farahin’s house. So they planned to stay there for a night.

During the day on 18 December, they were unbothered by the rain and the flood was just outside. However, when they were eating their lunch, the water rushed in and a few of them went to repark their cars on higher grounds.

After that, the group of friends went up to the 2nd floor as the water was rising. 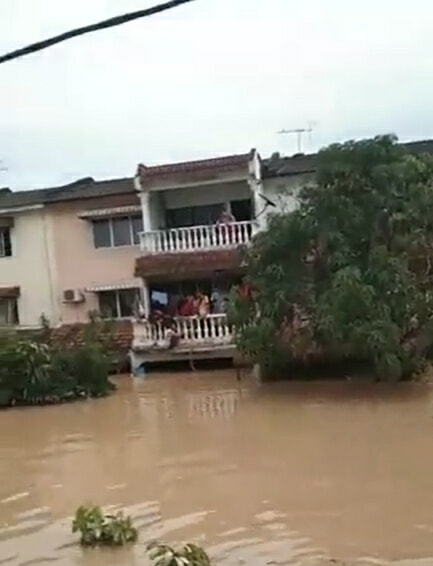 They were stuck there for more than 24 hours and were only rescued at about 11pm on Sunday (19 December).

“We saw a python in the water downstairs and got scared, so we screamed as loud as we can and some volunteers found us.”

Thankfully, all of them are safe and sound now.

During these tough times, the #KitaJagaKita spirit is showing once again. We are extremely grateful to those who have helped the victims.

Also read: Grateful M’sians Share How Foreign Workers Went All Out To Provide Them Food During The Flood 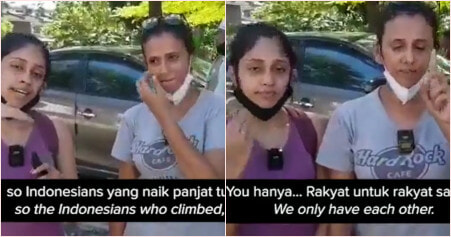