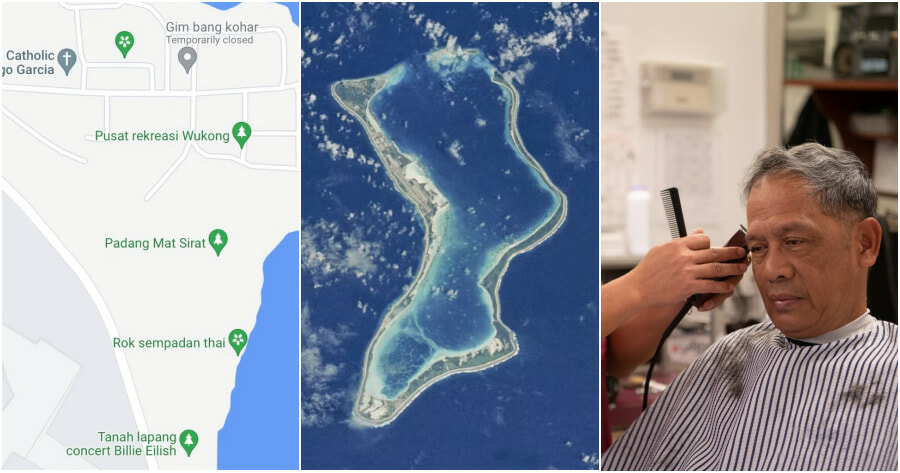 Recently, the island of Diego Garcia found itself being bombarded by Malaysian netizens after a speculation went viral.

The island which is a base for the US Navy recently shared a picture of a man getting a haircut from a barbershop on their official Facebook page. 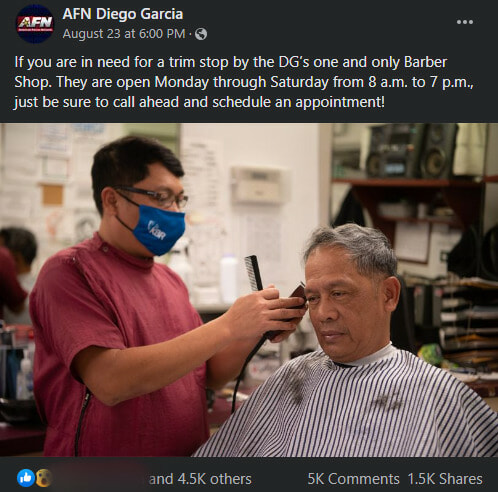 The picture somehow made its way to the Malaysian public who believes that the man getting the haircut is a Malaysian who had previously disappeared along with the Malaysia Airlines Flight 370 back in 2014.

Netizens claimed that the man getting the haircut looks like Chief Flight Attendant Andrew Nari and speculated that the Andrew was being held by the military.

The speculation went viral and even caught the attention of Andrew’s daughter, Maira Elizabeth Nari, who clarified that the man in the picture is definitely not her father. 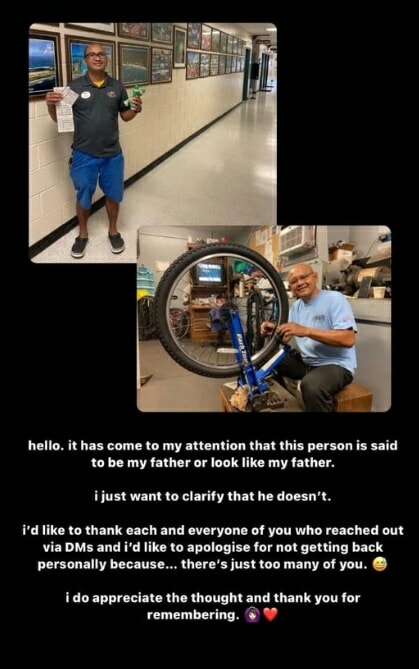 In an Instagram story, Maira said, “I was informed that this man (in the viral images) was my dad or looked like him“.

“I want to clarify that this is not my dad. I want to thank the public for approaching me via direct messages and would like to apologise for not being able to reply to every message. But I appreciate and am grateful for your well wishes.”

Where is Diego Garcia?

Diego Garcia is a military base for the United States in British-owned territory that was hired to carry out operations to project its military strength to the Northwest, Middle East, South Asia, East to Asia or West to Africa.

It is located on the Indian Ocean and is the largest island of the Chagos Archipelago.

The isolated island is home to support bases for US naval ships and submarines as well as communications and air tracking facilities. 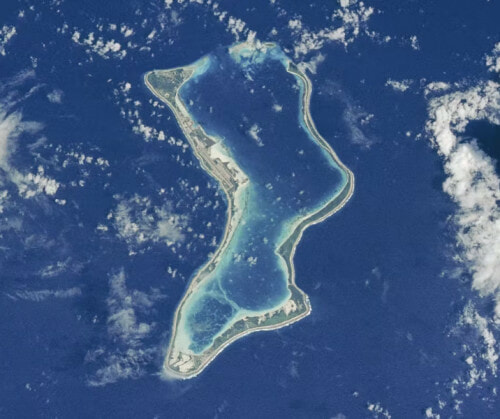 Accordingly, the secret settlement can only be entered by the US military.

Back in May 2014, it was reported that Diego Garcia was once reported as one of the landing locations in MH370 captain, Zaharie Ahmad Shah’s simulator which was taken by an investigating officer of the Royal Malaysian Police (PDRM) from his home in Shah Alam, Selangor.

Despite the clarification from Maira, Diego Garcia’s Facebook page has since been bombarded with comments by Malaysians urging the US force to return Andrew back home. 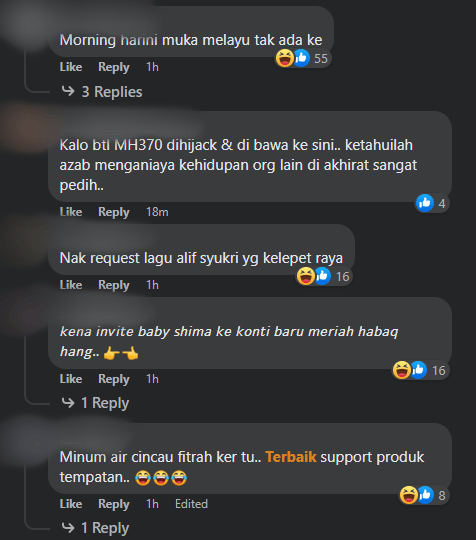 Meanwhile, Malaysians have also spammed the location tags on Google Maps of the island. 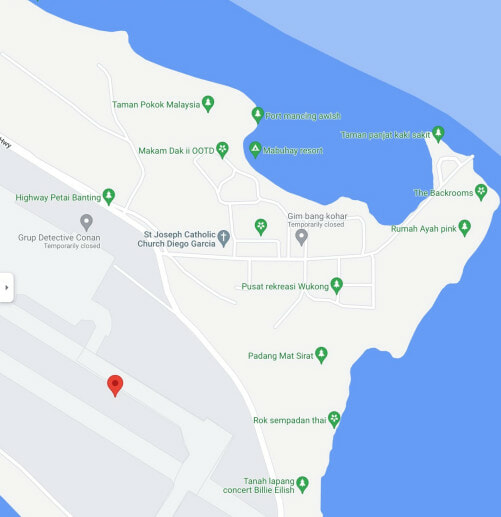 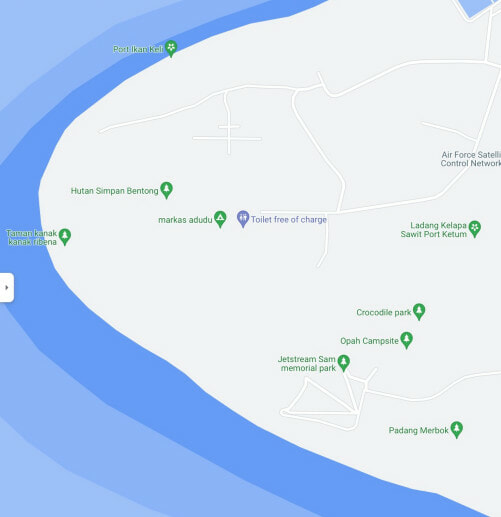 Malaysians have even inputted various location tags relating to MYDIN Malaysia, which caught the attention of MYDIN’s official Twitter account. 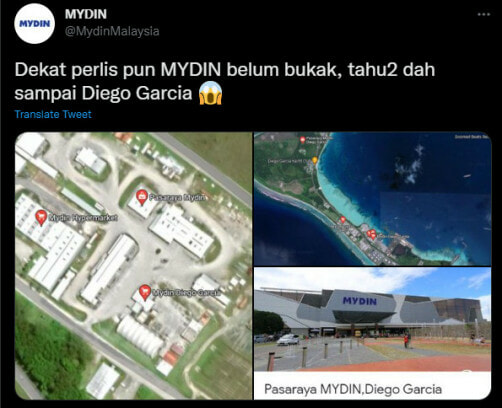 In their post they commented, “We haven’t even opened up a MYDIN in Perlis, before we know it, turns out there’s one at Diego Garcia.”

They also pointed out that Malaysians have also put in location tags for other major local supermarkets such as Giant, Econsave and 99 Speedmart and Tesco. 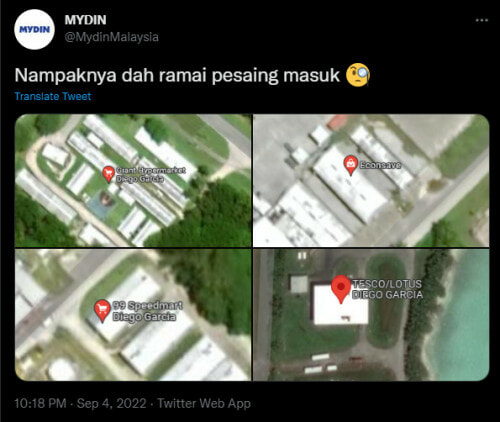 What do you think of the speculation? Do you see the resemblance? 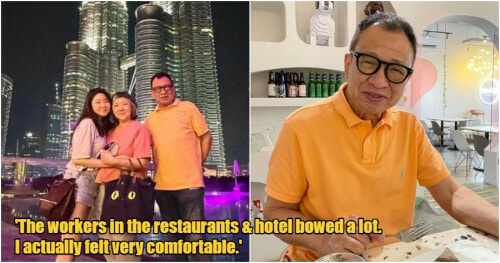