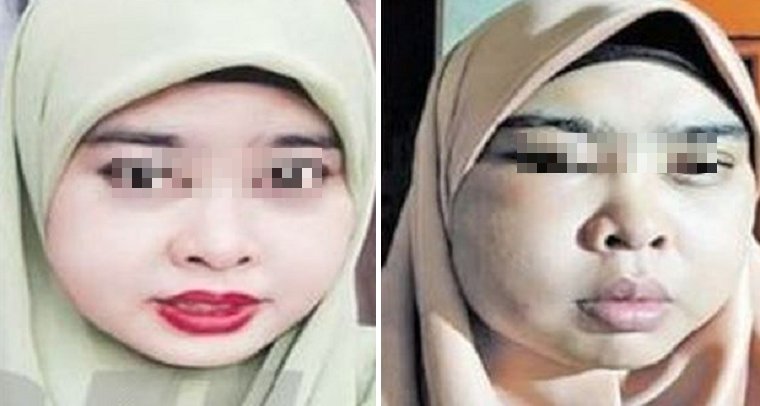 If you’re a typical girlie girl, you’d understand the pain and hassle of having to maintain a proper beauty regimen in order to look good. Just look at the amount of beauty products specifically targeted at women! However, this woman from Melaka suffered detrimental consequences after using some beauty products she had purchased online. 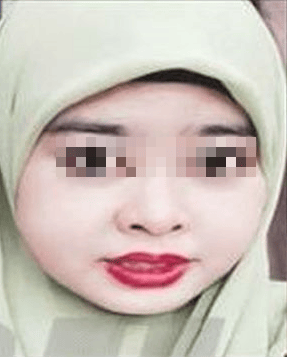 According to The Star, 36-year-old Mastura Abu Bakar who works in a clothing boutique had bought the items last week, which she reportedly has tried a few times this year. When her product finished, she saw the same one being sold online and bought it from a college student who was selling it for RM50.

Unfortunately, after using it, her face began to swell up even though she had used the same product before! She said she started to experience adverse reactions as her skin became painful, red and itchy. Her cheeks swelled up and her eyes became difficult to open, thus causing her much discomfort in her daily activities. It looks really bad! 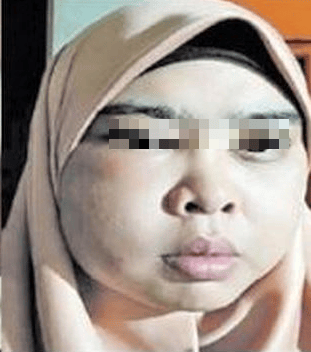 “I had used the same product several times and saw differences in my skin which became more smooth and beautiful. But once I used the product purchased on Thursday, my face swelled up on Saturday. Because of the pain, I went to the clinic near my home and was given medicine. I was referred to the skin specialist in Hospital Melaka.”

Due to her swollen and painful face, she could not go for a holiday with her friends during the weekend and she said that she is traumatised by her experience. She cautions other users and said that one shouldn’t be too obsessed with looking beautiful. It’s inner beauty that matters most! 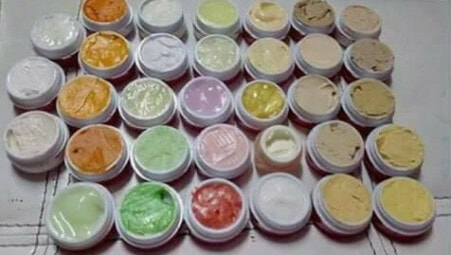 Dr Aidil Azry Datuk Mokhtar, a doctor specialising in Aesthetic medicine said that we should be wary of beauty products that tend to work a little too quickly such as whitening creams. Although the name of the product was not disclosed, Dr Aidil said that often, the products would contain harsh chemicals such as mercury, hydroquinone, tretinoin, acidazelaic and betamethasone.

These chemicals are quite harsh and would cause the skin to become thinner, red and sensitive, which may lead to dangerous diseases such as skin cancer. He added that he had received more than 20 cases about skin problems caused by cosmetics that were not approved by the Ministry of Health.

The product that Mastura used will be tested and sent to the Ministry of Health for further action.

Be careful, everyone! Remember to purchase your beauty products from legit vendors and check them properly before buying! 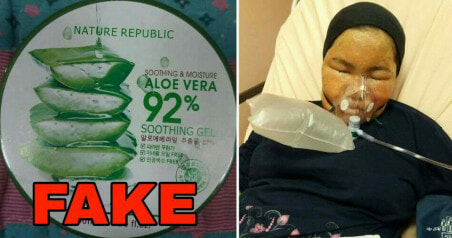