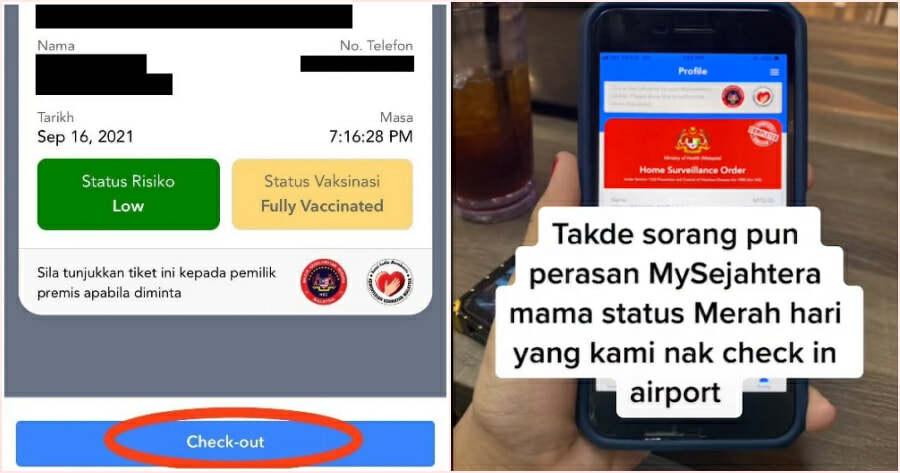 It is crucial to check out as it helps with contact tracing. Its importance cannot be understated and there is even a Twitter account dedicated to reminding Malaysians to ‘check out’.

The importance of ‘checking out’ was recently featured in a TikTok video which has garnered plenty of attention. The video posted by Eyra Zaharah showed how forgetting to ‘check out’ from a premise on your MySejahtera app can lead to undesirable consequences. 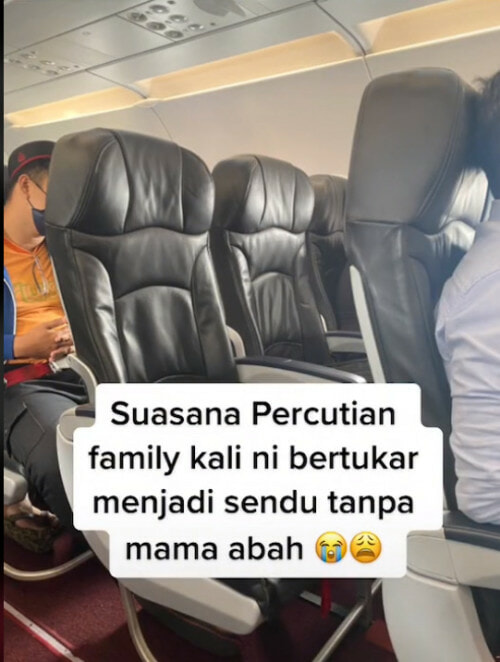 In her video, Eyra detailed how her parents were forced to miss their family vacation after her mother had forgotten to ‘check out’ from a premise on her MySejahtera.

“Our family vacation was sad without the presence of dad and mum.”

As they entered the airport, her mother’s MySejahtera displayed a red status. She had apparently forgotten to press check-out on the application for almost two weeks and was issued with a Home Surveillance Order after having been in contact with someone who had contracted Covid-19 at a premise she had visited. 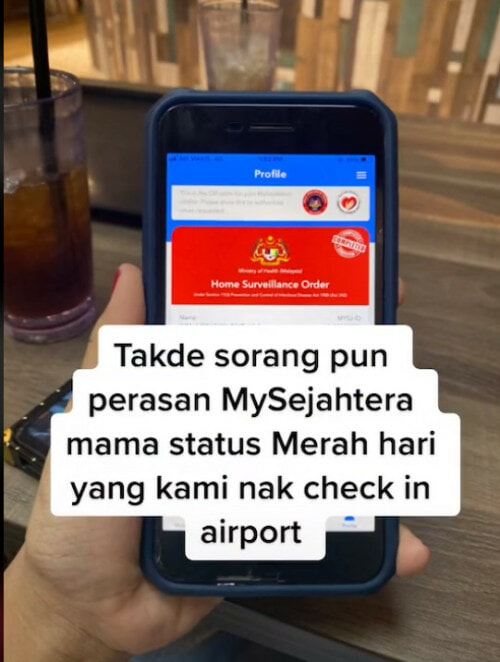 Eyra Zaharah added that none of her family members had checked on it. At first, they thought that the matter could be resolved, but they could not help her mother as her name had already been called out.

“The lesson: Check out the MySejahtera app at least a week before going on holiday.”

Speaking to WORLD OF BUZZ, Eyra hopes that this will serve as a reminder for everyone to remember to ‘check out’ of a premise on their MySejahtera app. 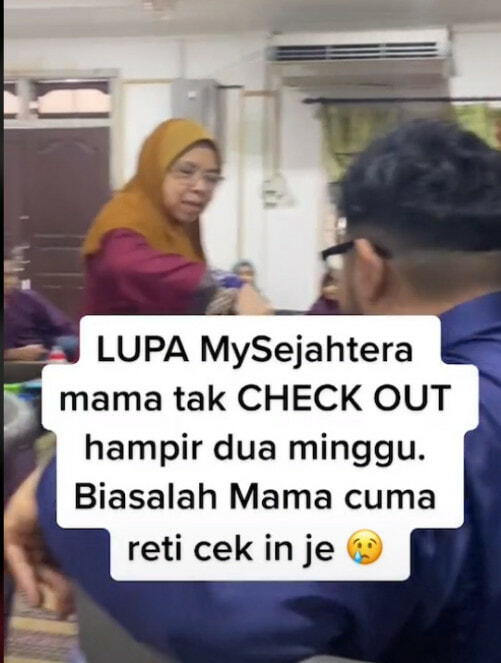 The video has amassed over 413,000 views and 19,200 likes. Malaysians took to the comments section to sympathise with Eyra’s mother and the predicament that she had faced.

One user said, “That is so sad to hear. I thought that this thing (check out feature) is something trivial.”

Another said, “I experienced something similar. Forgot to check out and then I had to respond to the health questionnaire on the app.” 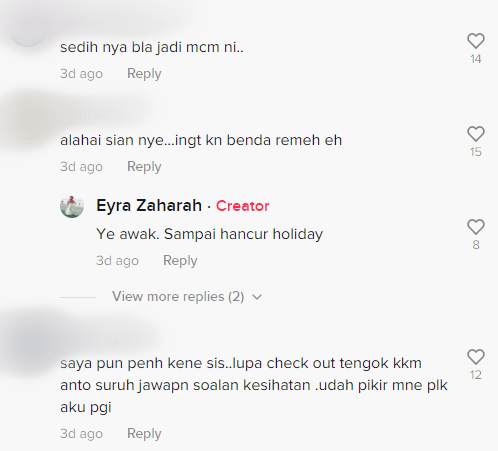 Many users also commented their appreciation that Eyra had shared her story. “I hope this video goes viral so that everyone can learn from your experience. Thank you.” 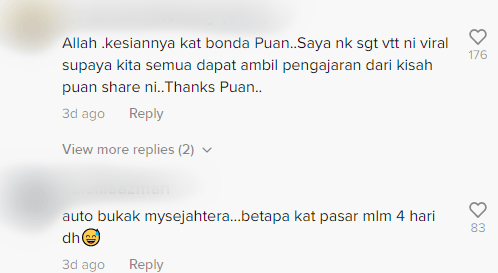 How often do you forget to ‘check out’? Let us know in the comments.

Also read: “Did I sleep in the grocery store?” Here’s Why It’s Important For You To Check Out On MySejahtera 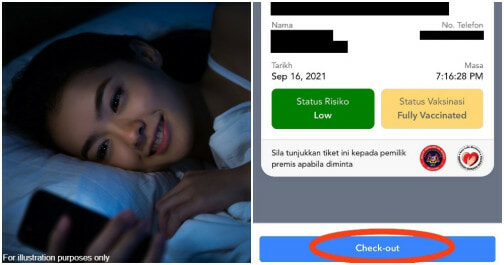