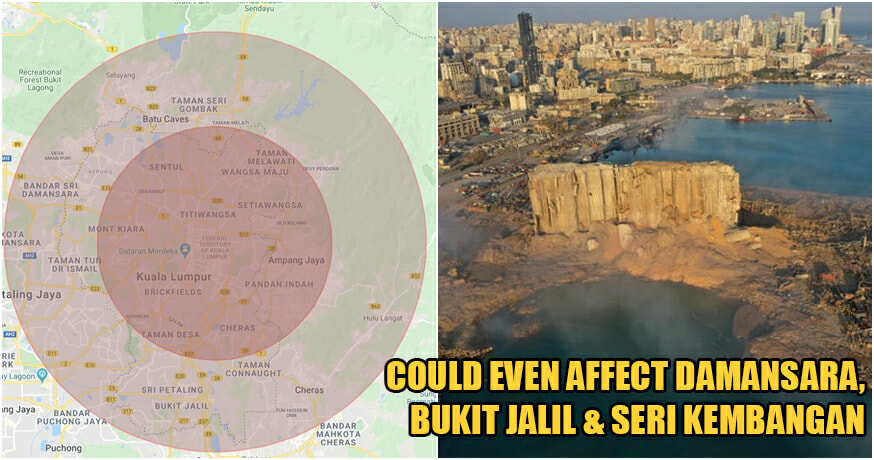 As Lebanon moves into the fourth day of search and rescue operations after its capital city, Beirut, fell to a massive explosion that took out much of its major seafront ports, as many as 154 people have been reportedly killed as a result of the blast. The blast, which was said to have originated from improperly stored and highly volatile ammonium nitrate, has affected people living as far as 9 miles away from the original blast site. 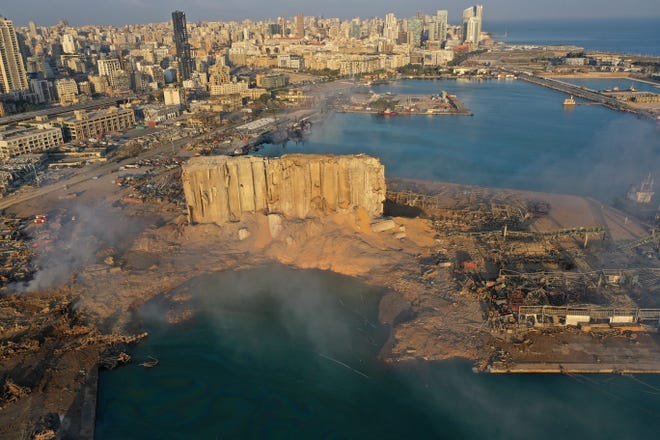 The blast originated from one of beirut’s major ports.

With an estimated yield of about 200 to 500 tons based off on blast damage and radius, the potency of the explosion has been equated to that of several hundred tons of TNT or a low yield B61 nuclear gravity bomb. Yes, a nuclear bomb. In fact, people living as far as in neighbouring Cyprus have said that they felt their windows rattle and heard the explosion, despite being across the sea.

In which case, how far would the Beirut explosion blast travel, if the blast had happened in the very heart of Kuala Lumpur? Well according to netizen @aizad_z, a diagram he created using Google Maps and zoned circles drawn based off on measurements of the explosion’s blast radius paints a chilling picture.

Comparison if the explosion were to happen right here in the middle of KLCC. Massive. pic.twitter.com/TuzZ7NrHwY

In his Tweet, Aizad shows that should the very same explosion happen in Kuala Lumpur and originated from KLCC, the blast radius would have destroyed buildings situated across the city and neighbouring regions in the Klang Valley.

This diagram shows the severity of the beirut explosion, were it to happen in kl.

Speaking to Aizad, WORLD OF BUZZ was told that by plugging in the estimated blast radius numbers into mapdevelopers.com, Aizad was able to create a rough estimation that depicts two circles, one within a 5 kilometre blast range and another within a 9 kilometre blast range, that shows how far the damage of the blast could have reached.

Based off on his diagram, much of central KL, Mont Kiara, Wangsa Maju, Setiawangsa, and Sentul would have suffered heavy damage by the blast.

In the 9km radius, neighbouring regions such as TTDI, Bandar Sri Damansara, Kota Damansara, Bukit Jalil, and Selayang among others, would have recorded reports of damage as well.

While it may be difficult for us to comprehend, this map easily helps put into perspective the sheer devastation that the city of Beirut is facing in the wake of the massive explosion. With that in mind, please lend the city a hand in times of crisis by donating to the Lebanese Red Cross, the Lebanese Food Bank, Islamic Relief, as well as the International Medical Corps.

We continue to send our prayers to Lebanon as they work to heal and recover from this crisis, and hope that those affected will be able to rebuild their lives once again from this tragedy.