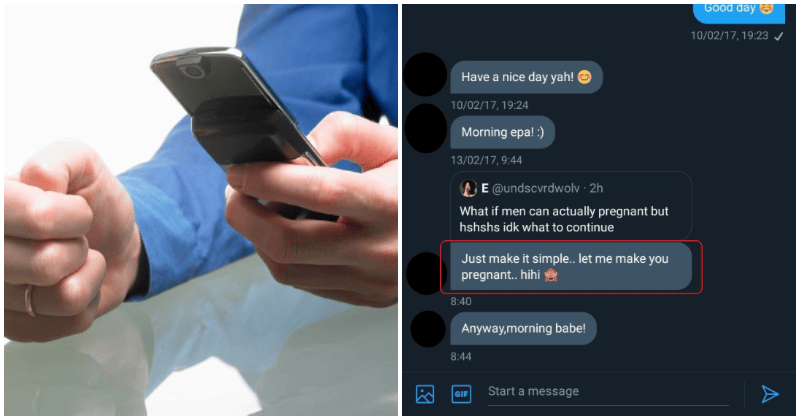 Husbands, if you’re reading this, please understand that if you’re ever unfaithful to your wife in any way, girls will not hesitate to expose you online and to your significant other.

Idk what kind of a husband this retard is. I did this one too many times already and I am not gonna stop. Ingat aku tak kenal kau aku tak boleh jumpa ig bini kau ke. pic.twitter.com/yrKO40fZfc

E wrote, “I don’t know what kind of husband this idiot is. I did this one too many times already, and I am not going to stop. You think I won’t find out your wife’s Instagram handle just because I don’t know you?” 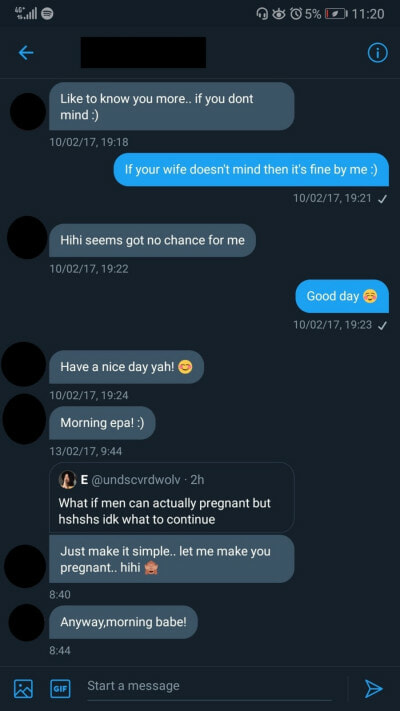 After E had sarcastically insinuated that the man should ask his wife’s permission before flirting with other women, he had seemingly given up. But, just days later, he decided to make his intentions slightly clearer for E.

He had replied to E’s posting about male pregnancy and said to her, “I’ll make it simple, let me make you pregnant.”

Unable to bear his harassment anymore, E took screenshots of the conversation, found the man’s wife on Instagram and told her about his behaviour. 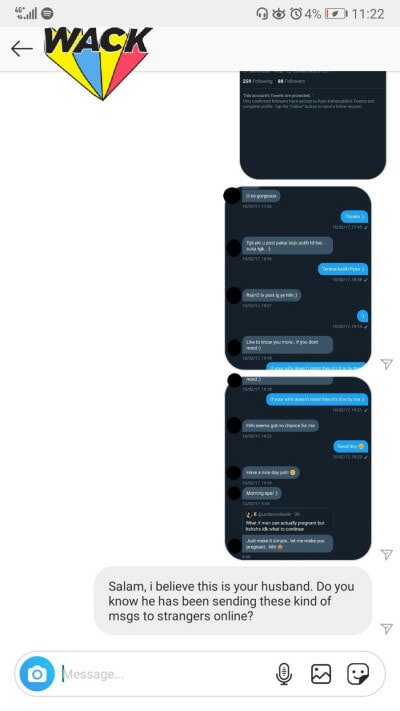 We genuinely hope his wife took care of the situation and that he stops disturbing girls who are clearly not interested in him.

E’s posting has since garnered over 1,800 retweets.

Hence, the lesson here is, if someone is clearly uninterested, leave them be, especially if you are MARRIED. 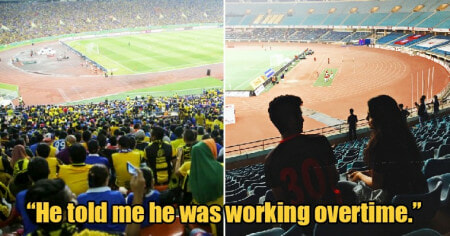