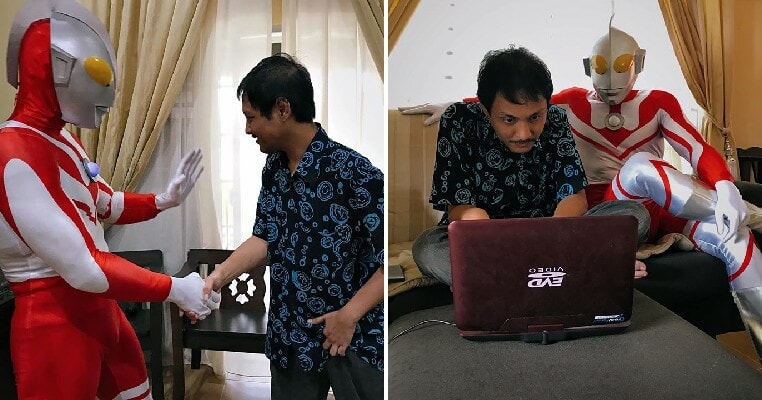 This is such a sweet gesture! If you are lucky enough to have a sibling, you would know that they would love you to the moon and back (even with all the sibling rivalry). Although they might not show it all the time, we know that in reality, they really do love us! 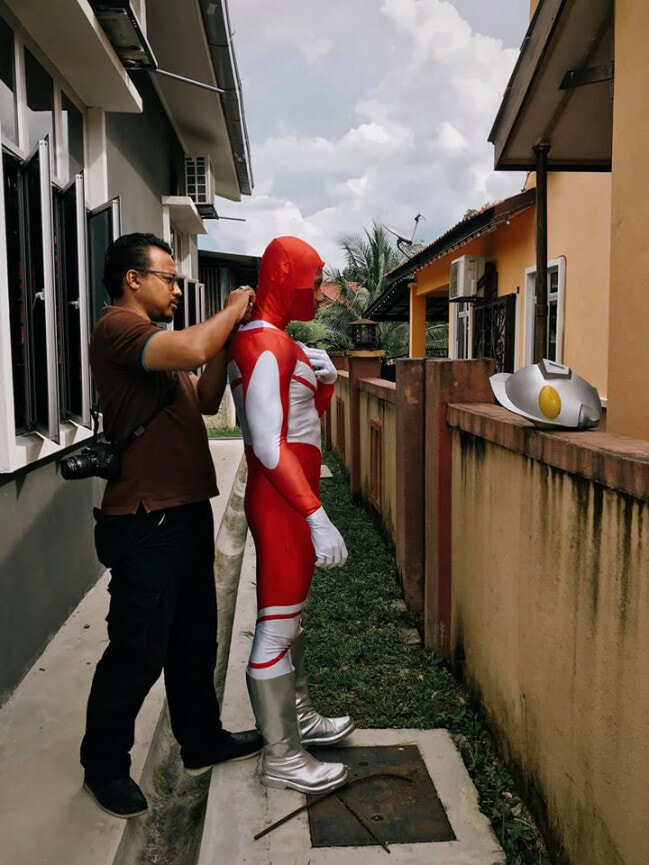 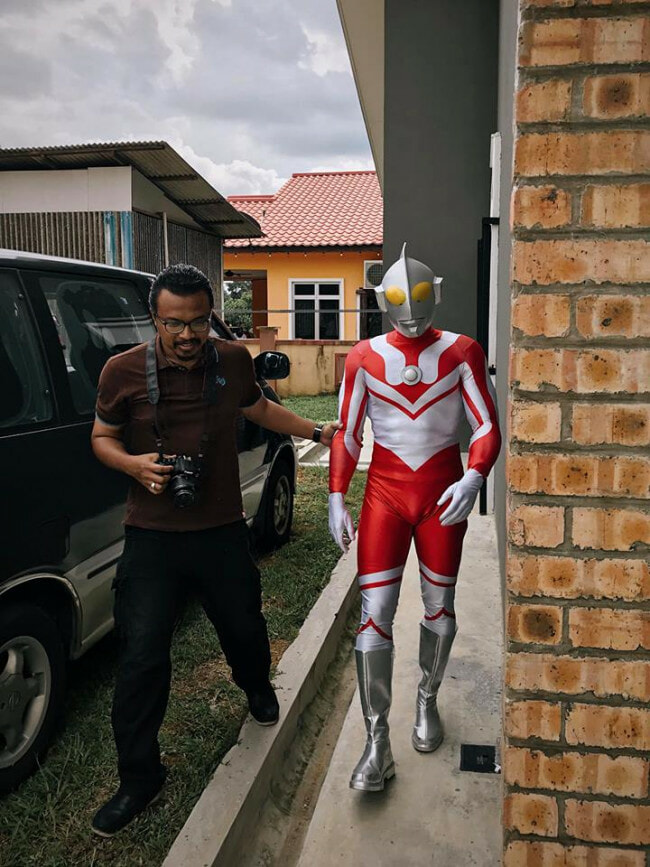 Just a few weeks ago, a Malaysian man decided to give his 32-year-old younger brother a surprise and shared the experience on Facebook . In the post, he said that his brother has mental disabilities due to a car accident when he was still a baby and his mental growth is like a three- to four-year-old kid in an adult body.

He said that due to this accident, his brother cannot walk or talk well and suffers seizures periodically. However, his brother still manages to enjoy watching Ultraman and Power Rangers, which is basically the only thing that he enjoys. 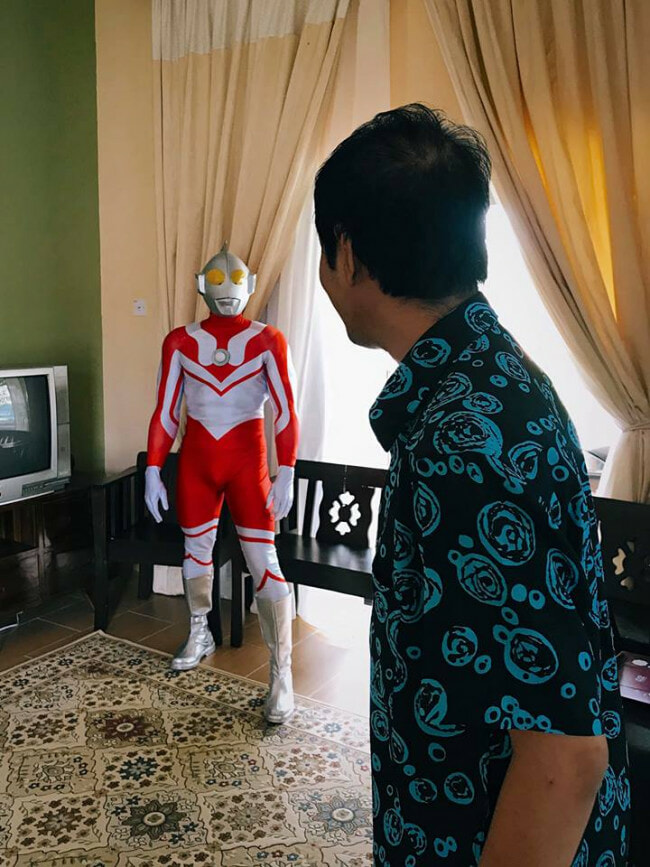 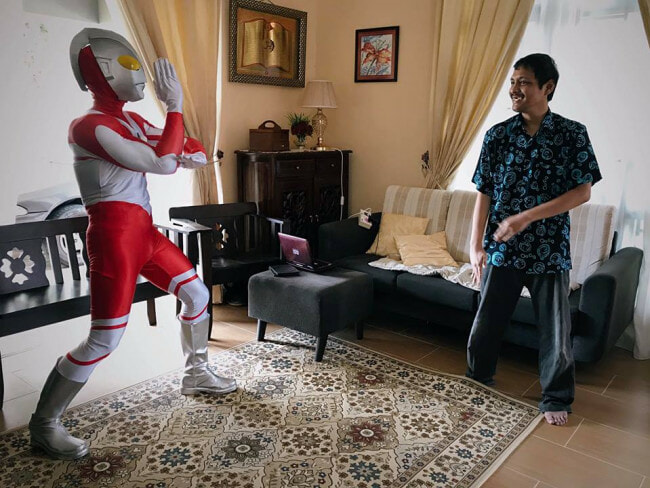 “All his life, since he was still a child, the only activity he does every single day, is watch Ultraman and the original Power Rangers DVDs in Malay, on repeat. He doesn’t even understand the story, but that’s the only thing he knows how to enjoy. He will eventually scratch and damage all the DVDs (because he doesn’t really know how to handle them) and my dad will keep on buying new ones almost every month for him for more than 20 years now,” he added.

He said that they could hardly find these DVDs anymore as these shops are going out of business and asked people for help on locating them. “Nowadays it’s really hard to find Malay dubbed Ultraman and Power Rangers episodes in both DVD format or online. And mind you, he will only watch the original Malay dubbed Mighty Morphin Power Rangers but Speedy doesn’t sell them anymore. So it’s even harder to find. If you have any leads for cheap DVDs (yes they are quite expensive) or if you have any soft copies, let me know,” he said. 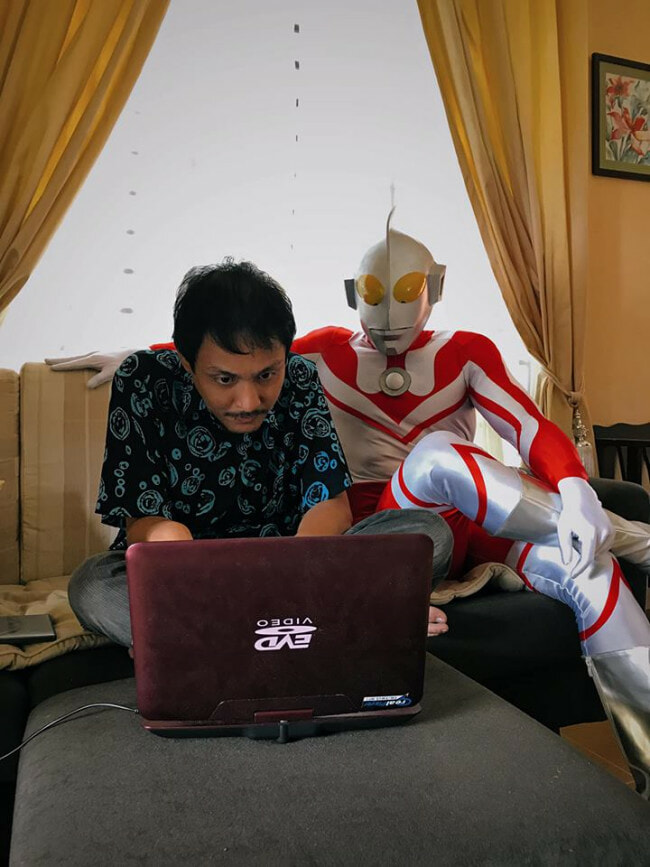 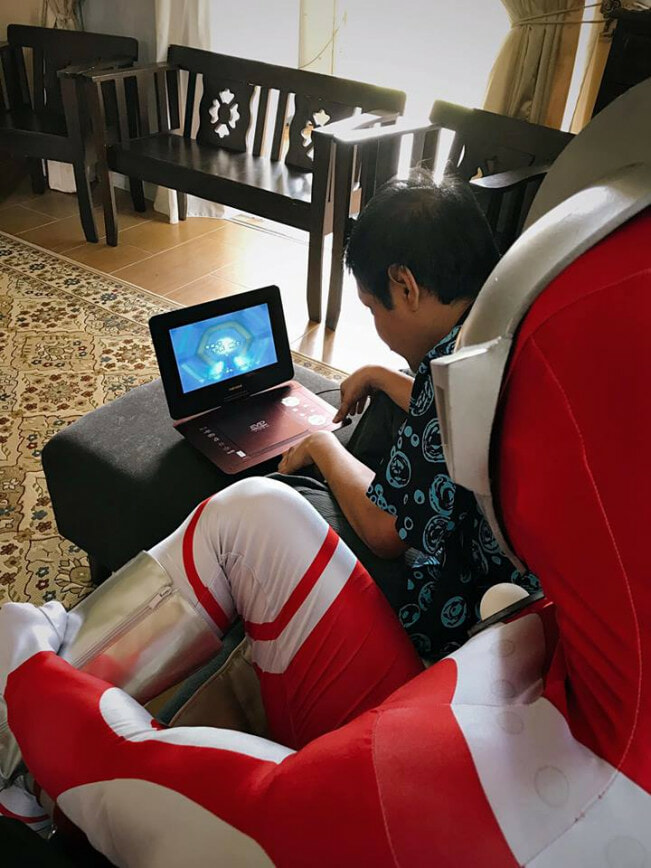 Since his brother enjoys watching these superheroes so much, he decided to bring them to life and paid for “Ultraman” to make a surprise visit to his brother while he played photographer of the day. In the photos uploaded, you can see Ultraman walking towards the house and then finally meeting his brother, who looks simply delighted to see his superhero in the flesh.

Ultraman even shows his signature pose while the brother looks on happily. Next, the brother decides to watch his favourite Ultraman programmes accompanied by the superhero himself and the pair spent a happy one and a half hour together before the superhero had to go back to his day job of chasing after monsters and aliens. It’s a tough job but Ultraman has got our backs! 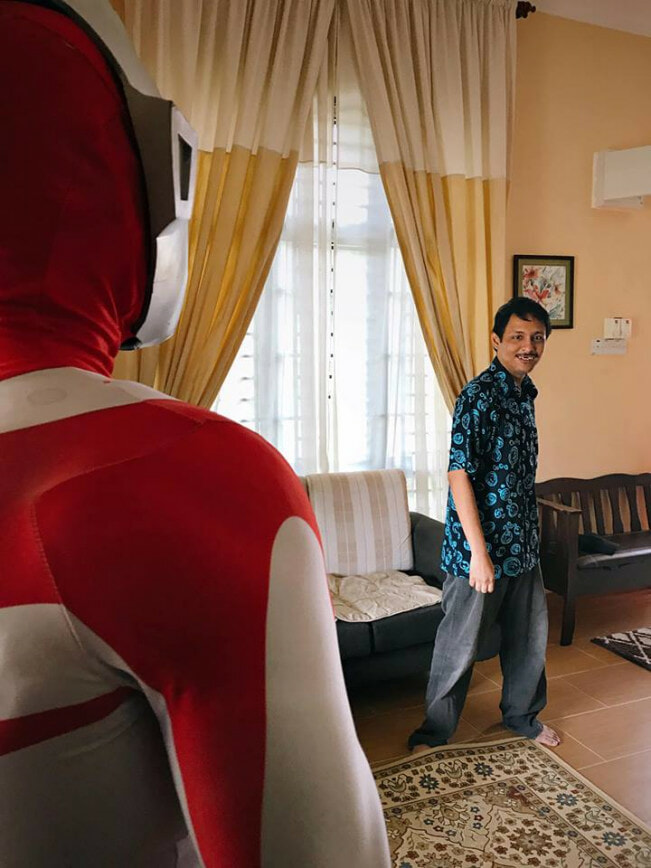 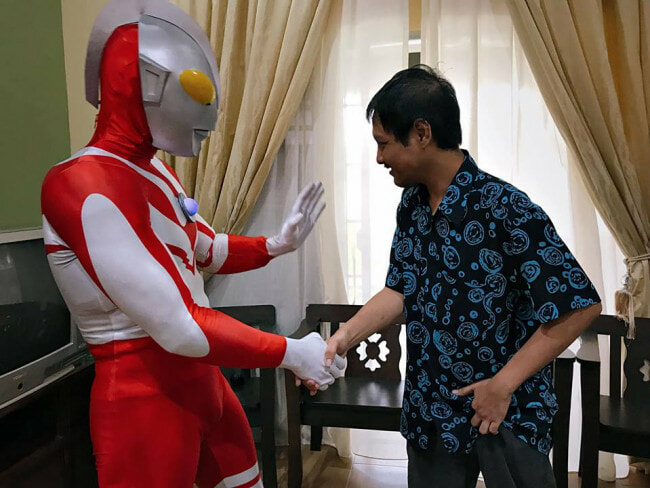 He said that he already thought of this idea for a very long time but he couldn’t do it before as he couldn’t afford it then. “Now I actually have a steady income (so I can afford it). I was supposed to do this during his birthday but I wasn’t around. So yeah, I finally brought Ultraman to him, in real life.

“It might not mean anything to normal people like us. But to see him having his version of ‘fun’ for about an hour and a half of his life, that’s just priceless.”

Netizens were touched by his heartwarming gesture and praised him for his actions. It seems like the surprises for his brother is not going to stop there because he gave us a little hint, saying, “Power Rangers, next.” We’re excited to see that too!

What an amazing gesture to make his brother happy!

Also read: Here’s How Sunway Putra Mall is Going to Be M’sia’s First Autism-Friendly Mall in 2019 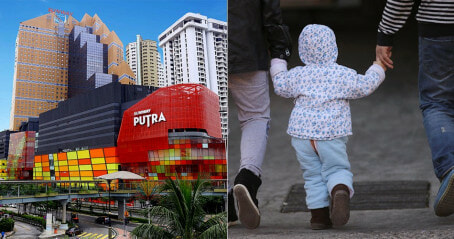